NE Winter Surfing -- The Secret's Out

Jeeze… So much for the pinky swear that we all stay hush, hush… 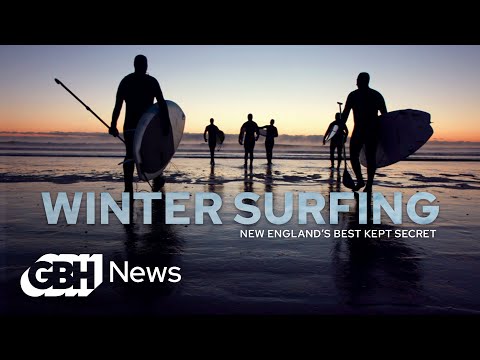 I don’t think you need to worry too much about this converting hundreds to paddle out when it’s 16 F. That first cold wave in the face probably takes care of most.

(I had the nagging sensation that most folks at average level or below on the West Coast would be really hesitant to be filmed as examples of surfing and extolling the spiritual experiences. Maybe we are up to our eyeballs in surf gods and enlightened surf yogis in Sprinter vans lately.)

(I had the nagging sensation that most folks at average level or below on the West Coast would be really hesitant to be filmed as examples of surfing and extolling the spiritual experiences.

LOL! I did notice that only the beach breaks that cater to novice to intermediate surfers were being shown. Salisbury is challenging though because of the steep bottom that creates a real dumping wave on the higher tide phase. I noticed that Rye Rocks didnt make it on. I am glad my homebreak didn’t get on.

But, really though, if one catches a wave, be it a “thigh slapper”, and successfully ride that piece of ocean energy in… It can be spiritual! There is a sense of something GREATER than ourselves , be it Grace, Mother Nature or the Tao…

That is an excellent video with great production value. Wonderful to watch!

I’m all in for the STOKE and spiritual At-One-Ness with the wave, the interaction between Father Winds and the Mother Ocean, paddling out in the dark as the SUN rises on a monster swell (blinding your view of the channel), but it seemed like some of those folks had watched Step Into Liquid or Riding Giants one too many times. But hey it’s Public Television, I’ll cut them some slack.

but it seemed like some of those folks had watched Step Into Liquid or Riding Giants one too many times. But hey it’s Public Television, I’ll cut them some slack.

Darn it! Spot on there… LOL! My dvd collection of Endless Summer, Stepping into Liquid, The Search, Interference, etc… Are sitting under the TV for when I need a vicarious stoke. 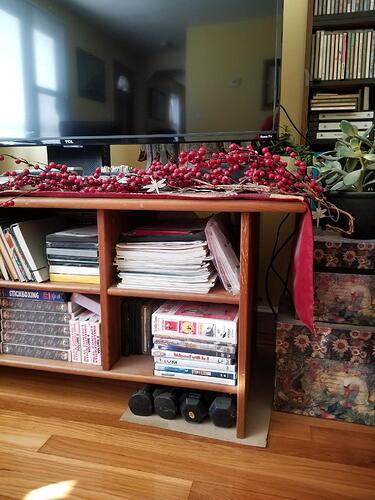 In 18:15 of the video, one is looking at Cliff Walk, that runs along First Beach in Newport, RI. Well, a part of Cliff Walk just went into the water. 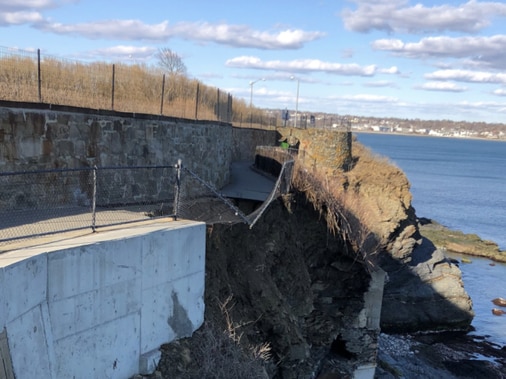 No injuries were reported, but an approximately 20-foot piece of the Cliff Walk experienced a “significant landslide and partial collapse in the vicinity between 40 Steps and Webster Avenue,” according to the city.

Good thing, only the pedestrians and observers use Cliff Walk. The surfers are down in the water. An “easy out” for surfers is to paddle out next to and parallel to Cliff Walk, where a rip almost always forms on wave days.

The waves in NE are actually better right after a storm. And, it’s rarely ever crowded. Here is a video of my homebreak from January, 2011. The waves were great with a nice stiff offshore, clean-up breeze. Just me and a local surfer for the whole time I was there: 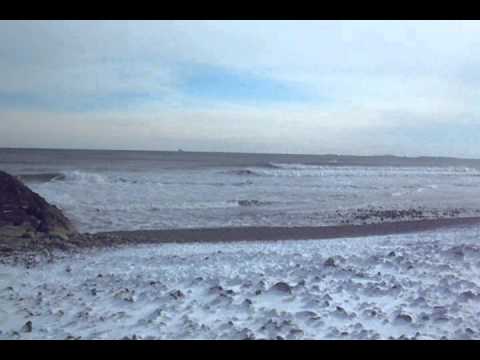 With sea levels increasing and more powerful storm waves, beach bluff erosion is really heating up all over the place. We have bluff collapses a lot in North County San Diego, unfortunately recently a few people have been killed, sunning themselves next to the cliffs when they give way.

A real surf god. When I was looking at the trailers for Step Into Liquid, I got this video of Rob Machado suggested. He lives on the bluff above Cardiff Reef, and surfs at Seaside Reef fairly often. I’ve been in the water surfing when he was out about three times. He’s the best surfer I’ve ever watched in person, and seems to be a decent guy without a lot of ego. 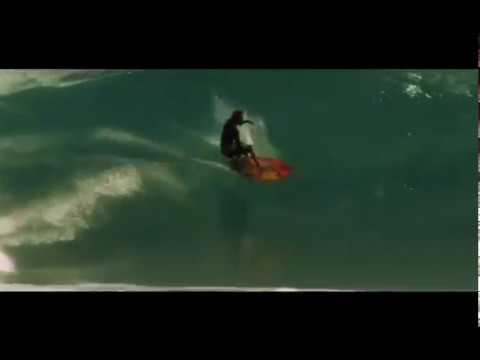 That first tube ride went on, and on, and on… Spectacular.

A high school friend of mine is out there in this scene. He writes fitness articles aimed at the SUP crowd.

Arms are essential for strong paddling. Coach Jeff shares the fitness tips we need to develop arm strength for greater endurance and speed.

Over the years, I have seen that steady increase in SUP surfers. When I first started surfing Jenness, I was often the only person out there with a paddle in hand and getting some looks here and there. I think SUPers made it easier for sitting paddle surfers like me.