We’re sailboaters and have long talked about a kayak to keep near the boat to paddle around our local marina and occasionally take to other bays and harbors for short day excursions. We’ve been several times on rental sit on tops but I knew we’d have more fun in a recreational tandem* rather than a blobby Ocean Kayak. To that end we found an excellent deal on an older Necky Manitou II.

I’m a little lost understanding the seat and am not sure what is supposed to be correct. They’'re the oldest versions of the ACS seat. They’re on tracks fore and aft and on both seats one side moves (fore and aft) rather easily but the other side is kinda jammed and barely or doesn’t move at all. I called Old Towne and got a lot of wishy washy answers. Does anyone know how it’s supposed to work? Is the adjustment done with the allen bolts and then semi-permanently locked down or are they supposed to be set so that they can be adjusted on the fly by pulling on something and then moving or letting go of that something? Again, I’m good on the other backband and seat bottom angle bits it’s only the fore and aft adjustment that I need to get straightened out.

*An old saying from Tandem Bicycles: Wherever your relationship is going, buying a tandem bicycle together will get it there faster. We’ve survived and thrived on the tandem bike, I’m reasonably sure we’ll survive the tandem 'yak. 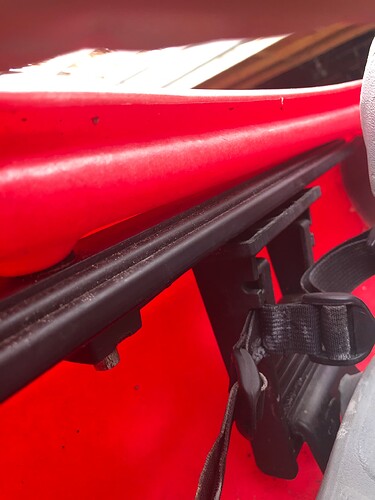 I really think it’s about those allen bolts but at least one seems to be stuck and or rounded out so I’m trying to know how it’s supposed to work before getting forceful. It won’t be such a bargain if I have to hack in a new seat system. 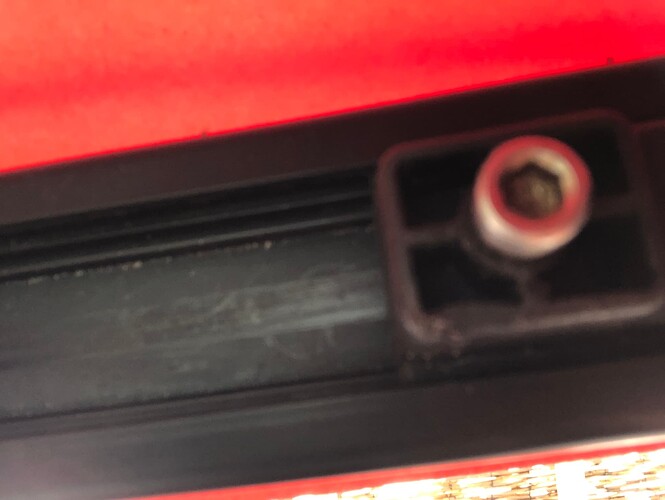 This about as good as I can get holding the phone upside down and jammed down next to the seat.