I’m a decent wood carver but not very creative. The photo is a chunk of red cedar about a foot tall and 4" in diameter. I want to turn it into something but have artist’s block.
I carved an owl and a fish from 2 similar pieces.
Suggestions are appreciated. 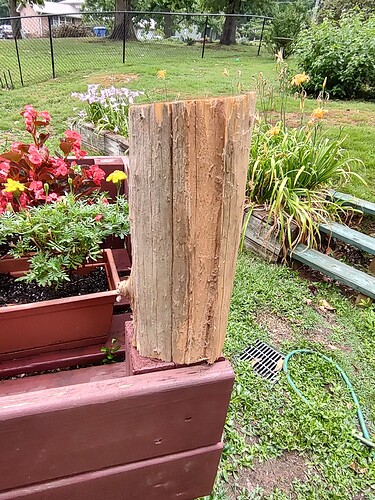 I see a frolicking otter with a fresh water mollusk in its paws.

I see a tiny paddle with a carved face.

Well, I see firewood…with the potential to become something else.

What inspires you not me is the question I would ask. Some considerations could be to keep the piece vertical change it to horizonal or maybe set it at some angle. You could do abstract, stylized, realistic, or with some added function as well as art.

Squirrel sitting on a stump is one idea for vertical display, and gator on a log for a horizonal one.

Look at some art on the internet for inspiration. I really the NW Coastal Native American Art.

Ha! How about these ideas?

One of the most beautiful carvings I’ve seen was a nude woman with her hands raised with small birds circling her hands.
Extraordinary craftsmanship.
Andy, I like the otter idea. I’ll check out the NW Native art.
Thank you all for the ideas.
KM , I’ve carved several full size paddles and my grandson has a ww kayak I carved as a bathtub toy. Maybe it needs a paddle.

Probably need a bigger log, but there is this impressive rendering of the Haida creation myth where Raven discovers the First Men inside a large clamshell along the coast of Haida Gwaii and releases them into the world. Saw this in person at the Anthropology Museum at the U of BC in Vancouver.

That is far beyond my skill level.

If I squint right, I can see a bear cub with it’s paws up, waving back at me.

I did a chainsaw carving of a 3’ tall bear that looked pretty good except his head looked more like the neighbor’s dog.

Carve me a CD Nomad

I probably could but then you’d have to get in it which would be a bit snug. Given my 1’ piece of wood.

This isn’t especially creative - in fact its plagerism - but Pikabike’s Idea #2 (American Gothic paddler) might make a nice thing to have sitting around… Split off a flat face and do a wood burning, bas relief, or a combination of one of William Nealy’s “Whitewater Home Companion” covers. There are tree from which to choose.

I have paddled an OT Guide 18 for almost 30 years. It happens to be white canvas, so I have drawn a lot of figures on it over the years with several different black Sharpies.

My favorite was the CM Russell trademark buffalo skull for a 151 mile trip down the Upper Missouri River in Montana.

Nice piece of wood with lots of potential. Take a look at Doug Linker’s YouTube channel. He has recently done some larger Spirit Woodsmen.

If you have a lathe, many other possibilities. We recently picked up a few pieces of Eastern Red Cedar. I’m making a few bowls.

Here’s a link to the Wood Spirit 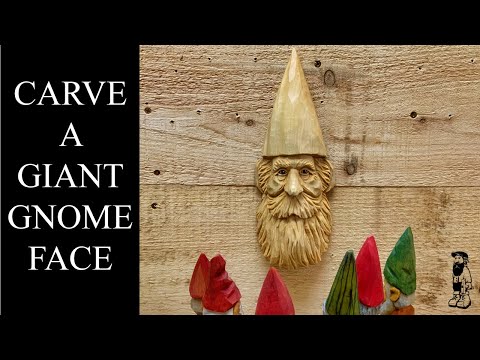 Thank you! I have attempted the gnome a couple of times unsuccessfully. But, I have more time on my hands now.
It was interesting that the Carver mentioned a kevlar glove for his left hand but only mentions the results of not wearing it. Sounds like the PFD discussions. I also have one that isn’t worn as often as it should be.I carved this fish years ago using primarily a pocket knife.