Relatively new to kayaking. My family has kayaked on a gentle river and in Lake Michigan a few times in a recreational kayak and fell in love. We have recently purchased two used kayaks and would like to buy two more. I have an opportunity to purchase an Eddyline Sea Otter and Eddyline Sea Star. Both for $800. If these are in good condition is this a good deal? What should I look for when inspecting these? 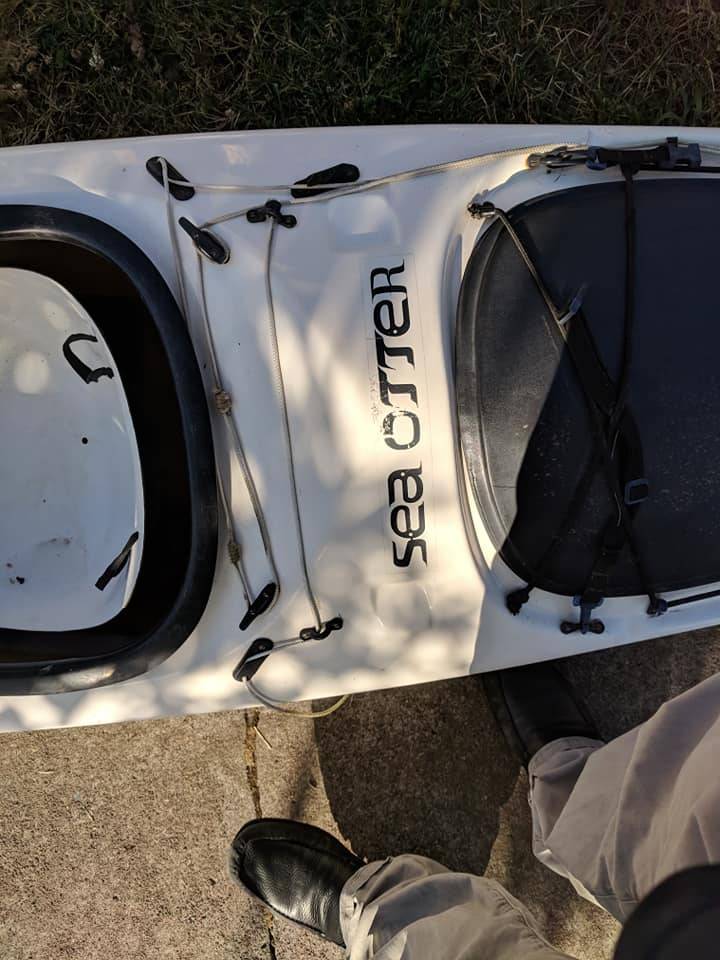 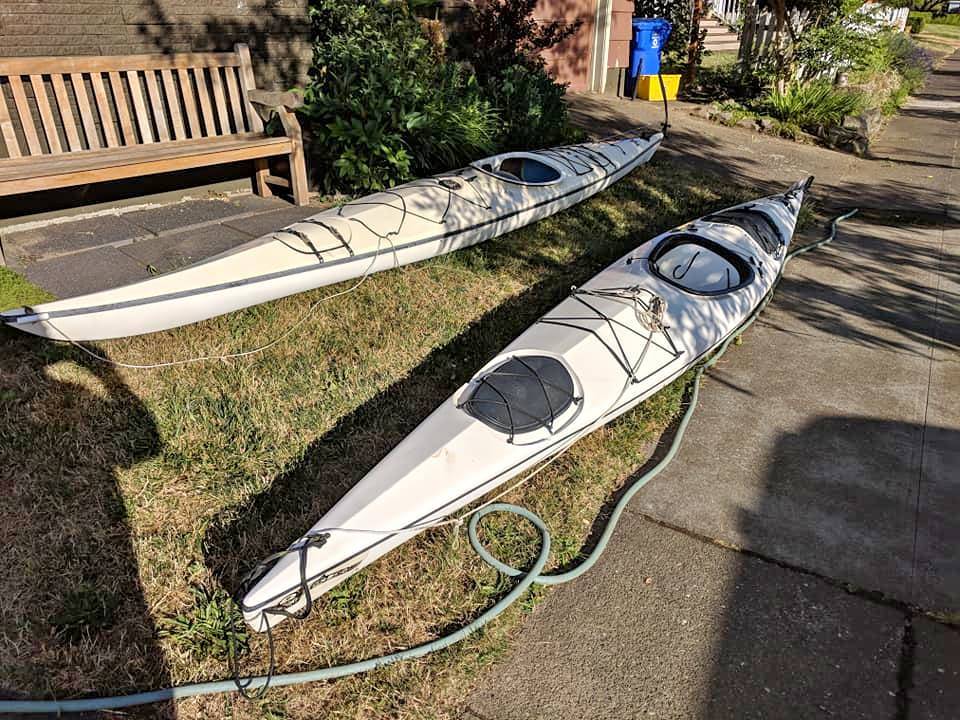 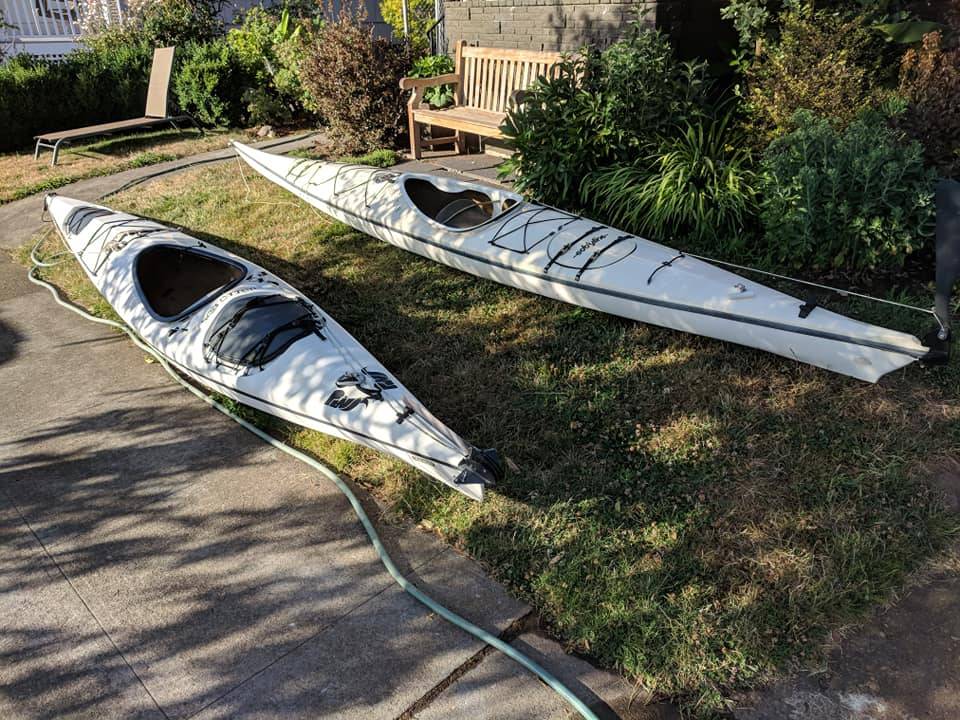 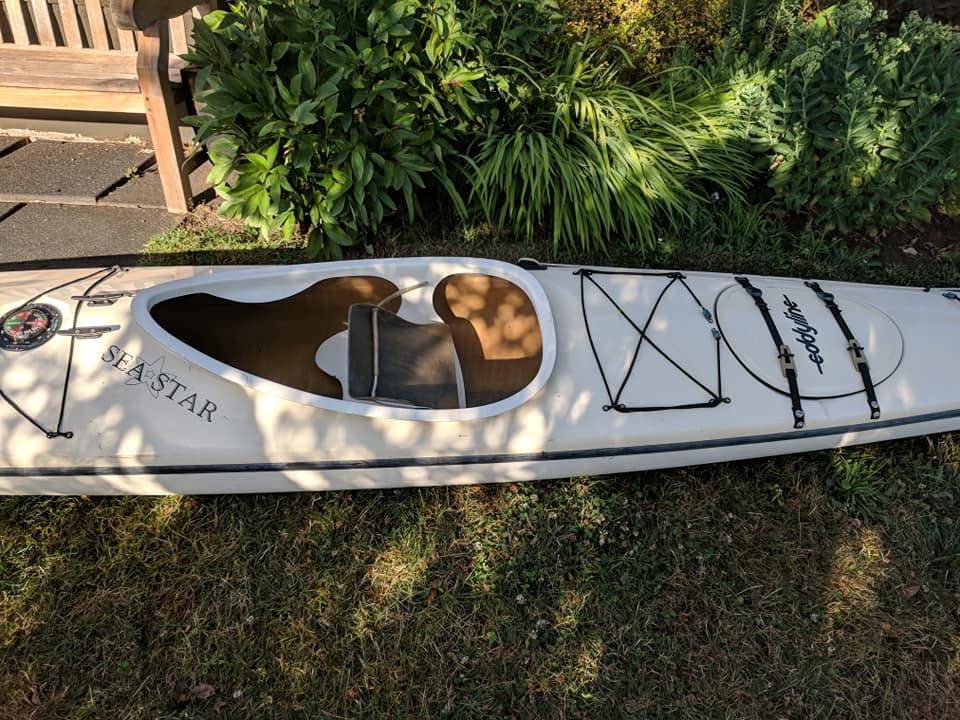 Price on the Sea Otter may be a bit high as it is likely over 20 years old. (edit - I see a thread from 2007 about a Sea Otter suggesting $500) The Sea Star picture looks like it might be Kevlar. Check the hull for obvious damage and any soft spots. Check the condition of the hatch covers - especially on the Sea otter. From the pictures though it looks like they have been well cared for.

If you can, try to get a test paddle.

Since you are just getting started and these are sea kayaks look for options in your area for some training. Gvie a thought to the WMCKA Symposium next Memorial Day weekend (https://wmcka.org/). Information on it usually comes out in March around the Quiet Water Symposium.

you are correct on the Sea Star being kevlar…the seller mentioned that. The price is $800 for both of the kayaks, so $400 each I guess. Still a bit high? Comes with paddles and skirts as well. I will definitely check out where you suggested. We are able to take them out before purchasing as well.
Training is on the list…great recommendation!
i am actually in the Pacific NW…I was just in Michigan for the summer for work.

The Sea Otter was the first sea kayak designed and built by Tom and Lisa Derrer of Eddyline. Previously they built WW kayaks then in 1974 switched to sea kayaking. The price on the Sea Star seems good considering a used one sold for $1,400 in 2015.
https://www.trailspace.com/gear/eddyline/sea-star/

As suggested, paddle them - I’d also check the rudder(s).

Are you in southern, mid or northern Michigan? The WMCKA Symposium suggestion is a great one. Up here in the north, Paddle Antrim offered a number of classes with top ACA certified coaches this summer. Hoping they’ll do the same next year.

Sounds pretty good especially if the Sea Star is Kevlar & not damaged.

Jump on them. If they are in good shape, that is a deal.

thanks, guys. I will make an appt. to meet with him then. I appreciate all the advice. As I was texting the seller and asking about previous damage, etc. he mentioned that he did a field repair about the size of a half dollar on the stern from a beach landing, but it is water tight. I know that fiberglass isn’t too tough to fix. I appreciate all the help. My wife actually set me up with some lessons from Alder Creek for this thursday (my birthday). What a great gift. It’s supposed to be 86 degrees and I’ll be out on the water for 3-4 hours. great b-day present!!