New Old Sawyer Canoe, has a crack inside canoe but is beautiful, can I use it this weekend?

Just picked up this nice old Sawyer two seater kevlar canoe… Hoping to take it out paddling this weekend. it has a crack on the inside, and two small ones on one of the seats. the inside crack doesn’t go through, and the bottom of the canoe has only a couple small scratches on it. Do I need to repair this canoe first before it can be taken out? it’s not even dirty inside. it looks like it was only used a couple of times. any and all advice would be appreciated for this new paddler, thanks in advance.

Also, the bottom looks discolored, is that normal? what is it supposed to look like? I think it’s about 30 years old.
And finally… is my setup a safe way to haul the canoe? I had it strapped front around the whole cabin and in the back as well, using pool noodles to keep the kevlar safe. It made the three hour journey home unscathed I just want to take good care of my new baby. 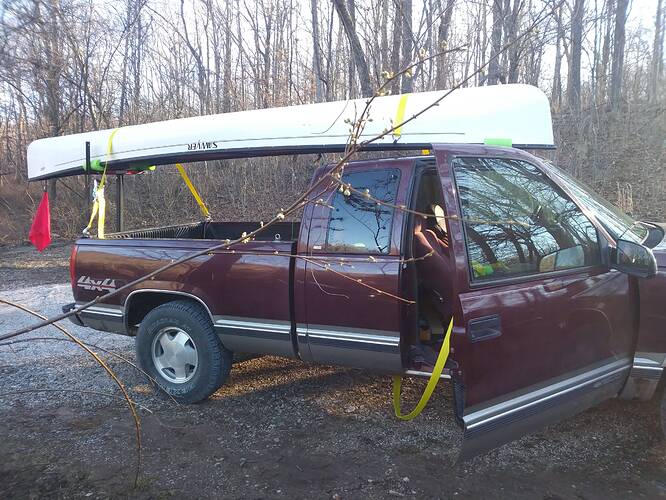 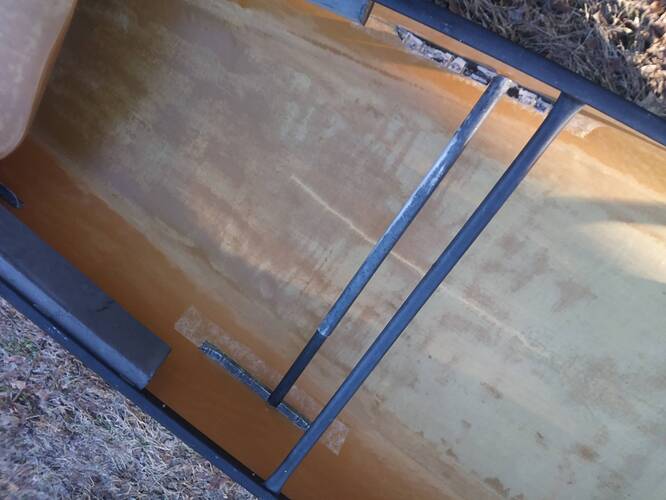 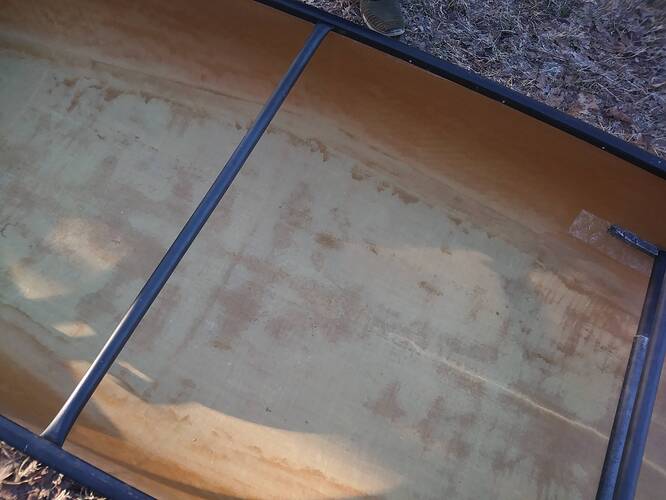 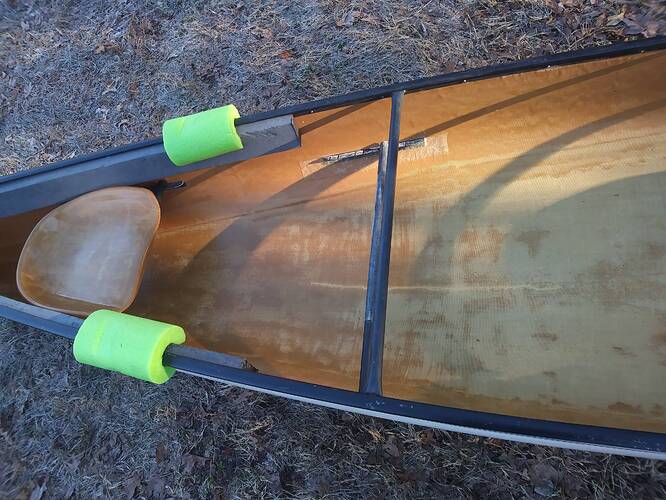 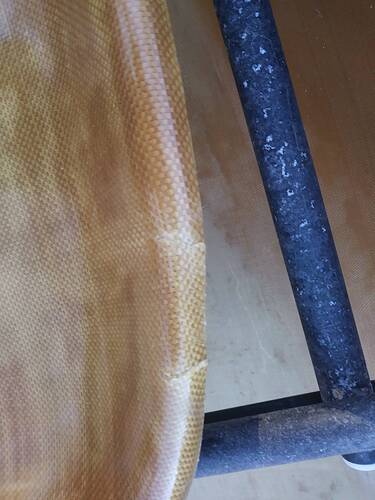 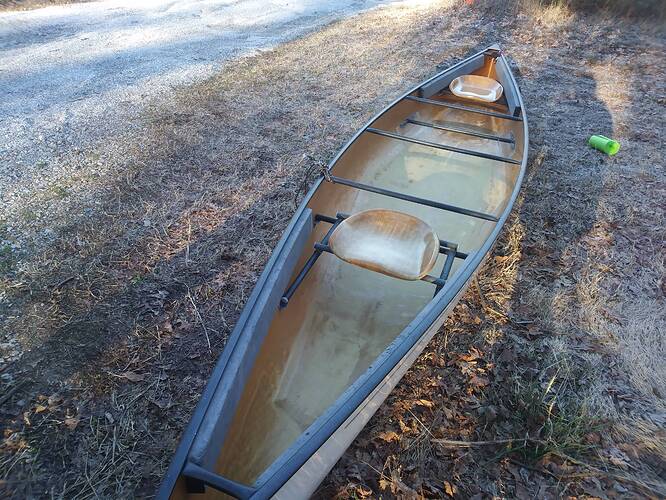 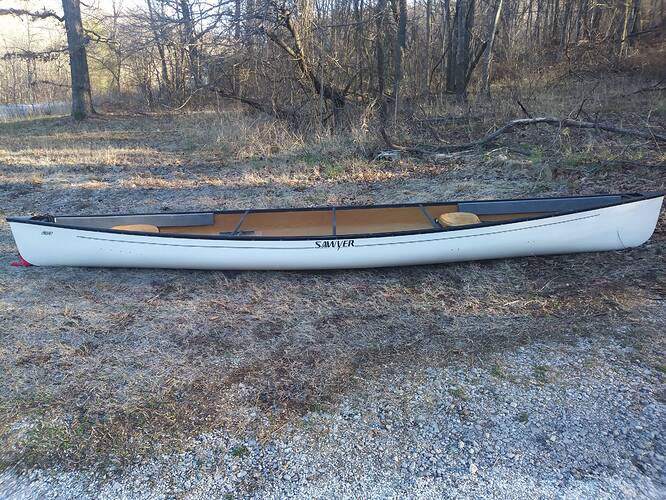 I can’t give good advice about the crack, but can say a few general things. First, for your method of car-topping, you might want to get/build a rack that mounts only to the truck bed. There’s a lot of relative motion that goes on between the box and the cab, which is greatly amplified up at roof-top height, and it’s best not to put your boat in the position of taking the resulting stress. I’ve often thought about how a rear bar (like yours) that can slightly pivot from side to side and wiggle from front to back would be a good idea when the forward cross bar is attached to the cab. The situation you are currently using isn’t bad in regard to this differential motion between box and cab because with only the skinny end of the boat being supported, and on foam blocks, there’s a lot of “give” there.

That boat looks like it’s been used a lot, because lots of paint has been worn off the rear footbrace. The fact that it has seen a lot of use is okay of course.

Those foam pads on the insides of the gunwales look like a good idea. I knew a guy who had a Sawyer of that type and he capsized in the middle of a small lake, and it promptly sank. He searched for it without success, even getting help from divers. A few years later, a commercial carp-fishing company brought it up in a net (this made the local news and the owner rushed right over to claim it, but it turns out that marine salvage laws gave the fishing company the rights to keep it, which they did).

By the way, you must live where they don’t salt the roads in winter. That vintage of Chevy/GMC truck was the best, in many practical ways, of the entire sequence which followed the old C Line, but where I live, nearly all of them have all succumbed to rust.

If crack is not visible on the outside you are probably fine. Stay close to shore until you determine if it leaks. Looks like maybe a 222 model? (18.5 feet)