No ice for the icebreaker paddle

For 25 years, my local club ran the northeast’s first wildwater race of the season (Rhode Island Whitewater Championships) on the third Saturday of March on the Branch River in RI. 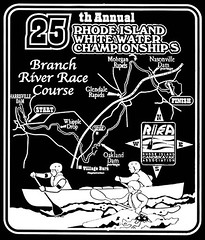 Logistics and insurance finally became too much for the group and the race ended in 2005, but we still try to get a group together each year to run the river on that Saturday. This year we had a warm day with lots of snowmelt to bring the river up. Four of us did the trip – 1 solo canoe – Chuck (long-time P-net member Riverstrider), 1 tandem canoe – me and Bill, and 1 kayak – Brian. The run itself is about 7 miles – mostly flatwater, some quickwater and 3 small class II rapids (Whipple Drop, Glendale and Atlas Pallet).

Me and Bill running Whipple Drop 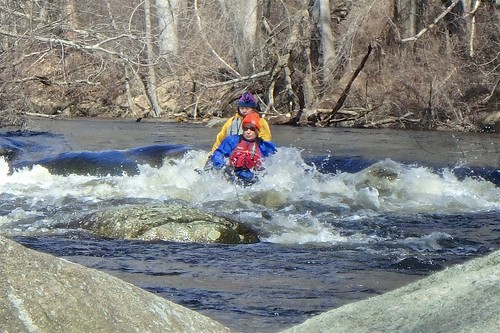 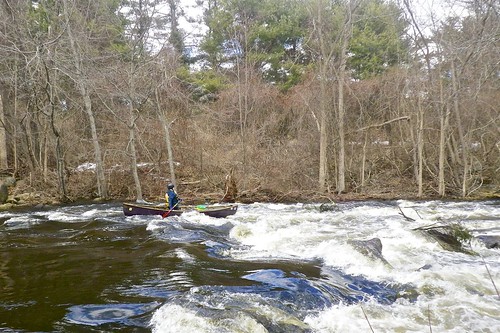 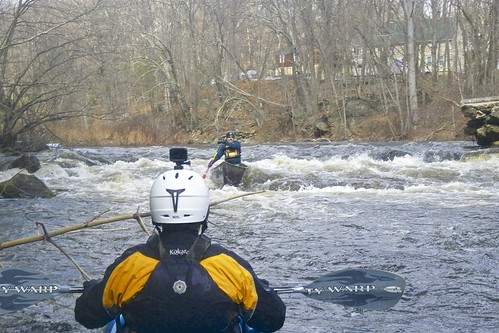 It seems like I have been hiking more than paddling lately, so it was good to get out in the boat. Hopefully this is the beginning of the spring paddling season.

Funny, that added comment on the kayak-attacking-dog warning sign. Always great to see liquid water, even if it’s a bit frothy at times.

One of the locals is a long-time P-netter folks may remember as Wickerbut. He set up the signs and caught our reaction on a trail cam. He’s joking… I think…

Nice tradition and nice looking river. Have you ever run any of those drops upstream?

@TomL said:
Have you ever run any of those drops upstream?

It’s actually a fun poling river. Chuck brought his pole this time, but he didn’t use it. Even poling I prefer to do a downstream run - you can turn around and pole back up the quick water sections. This was Chuck a few years ago in Atlas Pallet. 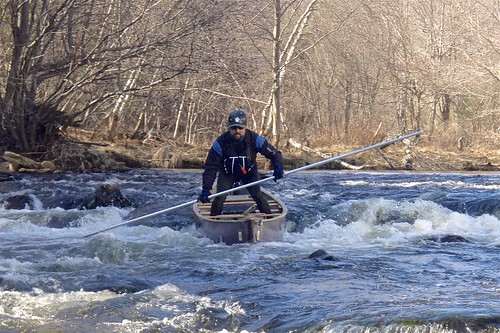 Me a few minutes later… 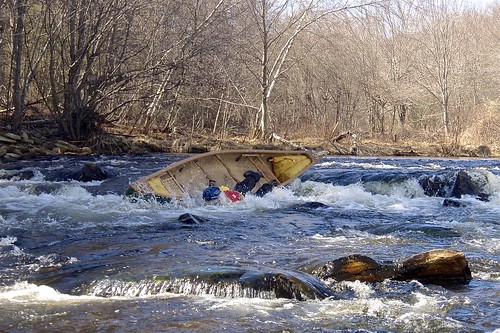 I’ve made it up Atlas Pallet in low water, but not Glendale or Whipple Drop. This is more my speed for going back upstream. 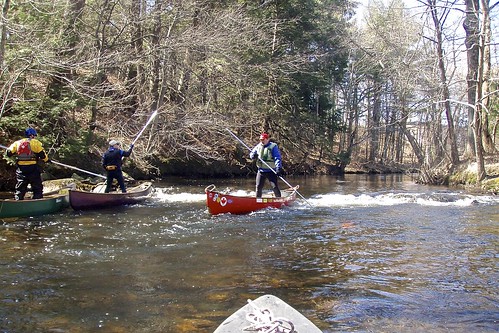 @jamesm.wpg@gmail.com said:
Looks like total fun under the great weather.

I hope you get your showers and we don’t.

We are getting the showers - sometimes mixed with something a bit more solid.

@jamesm.wpg@gmail.com said:
Looks like total fun under the great weather.