Doesn’t appear to be related to demand, but mismanagement by the company which bought KL Outdoor (New Water Capital). Unsure if there are manufacturing plants in other areas. 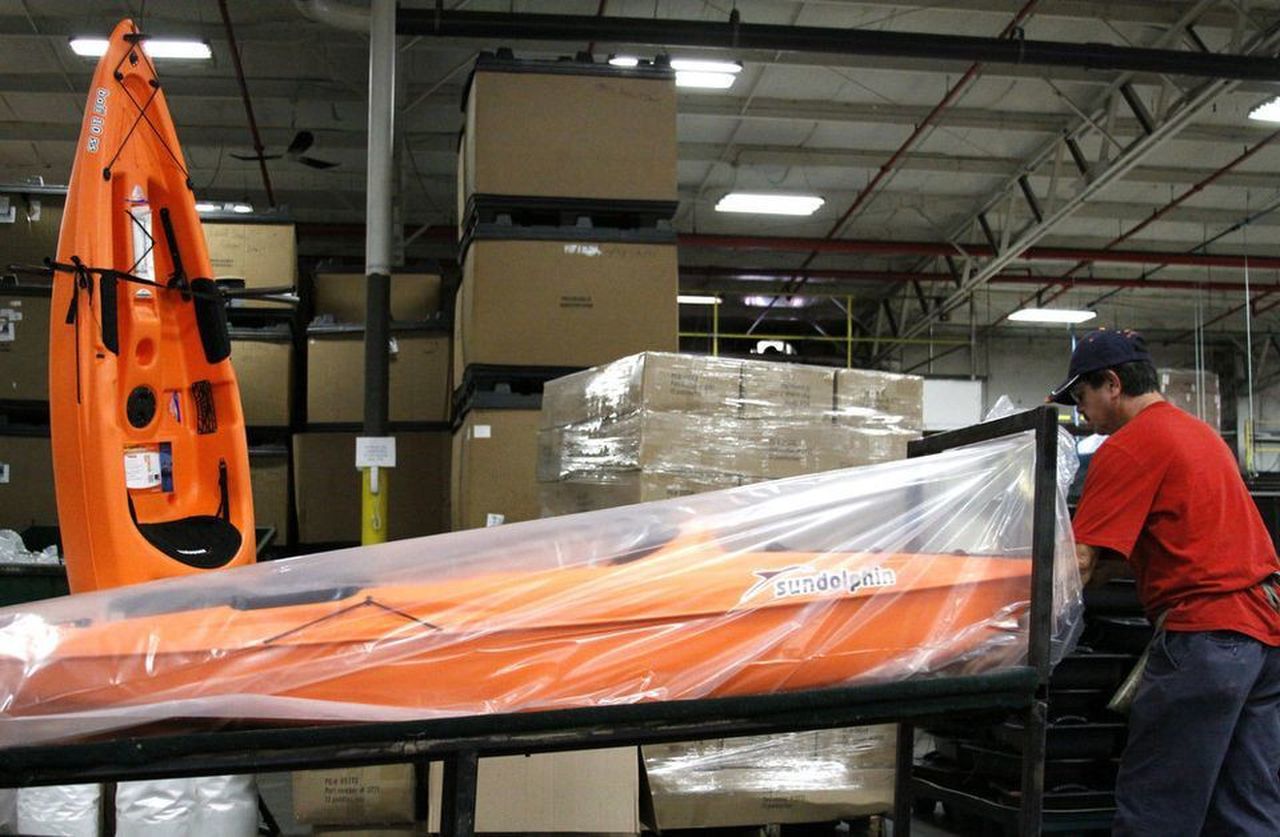 Wow!
With the sales of those brands I can’t imagine how they could fail.
Those brands account for one hell of a lot of boats!

I have a lot of deep family history in Muskegon and many of my living relatives are still there – I worked there myself from 2000 to 2004 during my “exile” in Michigan. Much as I think those boat brands are crappy wastes of plastic, that run-down town needs blue collar jobs and this will hurt many families.

Muskegon has always been a puzzle to me – most small cities around the world would love to have freshwater inland sea beach shoreline as gorgeous as it does and would take advantage of it with strategic tourism and quality of life development. But Muskegon’s white sand coast has long been scarred by coal-fired power plants, stinking industries like paper pulp plants and a hollowed out “downtown” since “white flight” drew businesses, shopping and residents to the suburbs and adjacent towns. Smaller towns flanking Muskegon have made themselves attractive destinations and places to live by exploiting this amazing natural resource (though some, like Holland to the south, are still in thrall to industries that massively pollute Lake Michigan to such an extent that they have to ban swimming.)

We are based in Grand Rapids so they are about an hour away.
Another local news story about it. 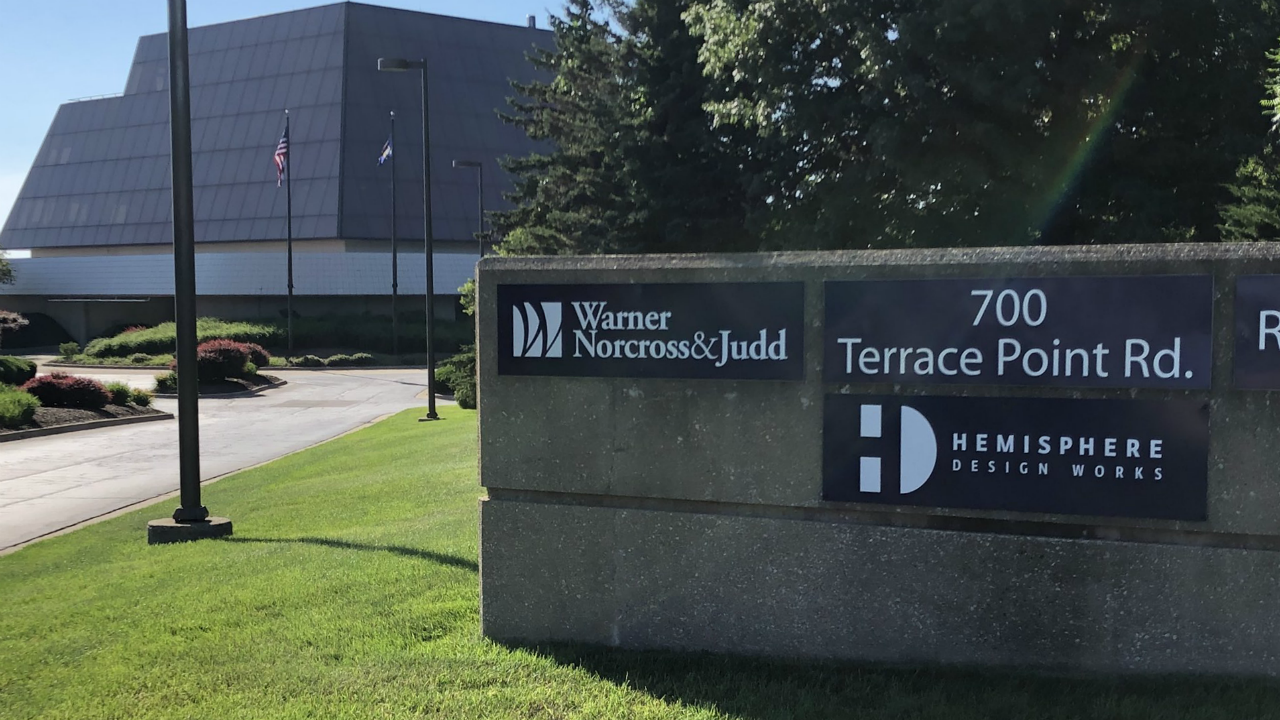 There are actually even more brands under the Hemisphere Design Works umbrella:

Sun Dolphin closing down is probably good news for paddling in general. They are to be polite , not the best. It is a good thing that even a price conscious Wal Mart or Tractor Supply shopper has noticed this and has caused demand to drop to the point that they are shutting down. It might even save a life as very likely only an inexperienced paddler would consider them. I have seen people stick these things in dumpsters after one or two uses. Frankly junk boats do more to discourage people from paddling instead of providing an economical entry point to the sport. Some of the other brands in that group, like Heritage and even Future Beach do make some good quality boats, so hopefully they will stick around.

Background information on what was going on behind the scenes: After the world’s largest kayak manufacturer, Hemisphere Design Works, announced this week it is shuttering two of its Muskegon facilities and laying off at least 68 employees, city officials are s…

A portion: "“Before the company went to the new owners, things were great,” said Sonja Tjapkes, who worked at Hemisphere Design Works for about one year before she was laid off this past March. “The Harrises were amazing people to work for. When the company switched over, something went down.”

“I saw some crazy things go on; they got upset with one of our mechanics because he couldn’t fix the line in 20 minutes,” Tjapkes continued. “He’d worked there for years, and they fired him on the spot. If the Harrises still had the company, there would still be KL and plenty of jobs. We’d still have the Dick’s contract.”

According to employees, Dick’s Sporting Goods ended a significant contract for kayaks with Hemisphere Design Works months ago (Tjapkes said she knew of it before she was laid off in March). This contract led to a troubled financial landscape for the company, though former workers said they lay most of the blame on company mismanagement for Hemisphere’s troubles.

All of the former employees we interviewed described a workplace in which employees routinely had to wear winter coats because it would get so cold inside their building, managers were verbally abusive, the human resources department was unresponsive, and bathrooms were filthy. Anthony Kolberg, who quit his position with Hemisphere Design Works in March, said an employee even found a “clear garbage bag full of blood” in the bathroom at one point. (That bag, which Kolberg saw and said was about a couple pounds of blood, was ultimately thrown out in the trash by a supervisor. A supervisor then said the blood came from a nose bleed, according to Kolberg.)

It is going to be interesting to see if the other manufacturers can pick up the volume of manufacturing that’s lost. It could drive up the prices of entry level kaysks.
My first kayak was a future beach. Cheap new boats give people who are interested in kayaking an affordable starting point before they learn what they want.

My first (well, sort of “inherited”) kayak is from Future Beach. It is a Cayman 124F SOT fishing kayak, that used to belong to my late brother-in-law (who, sadly as a Vietnam Vet, passed away all these decades later from cancer from that nasty chemical called Agent Orange that was sprayed in the jungles in Vietnam).

I am keeping it just as he kept it, complete with the small clear plastic tacklebox behind the seat. I just hope that I will be able to get parts for it, should something go wrong with it… 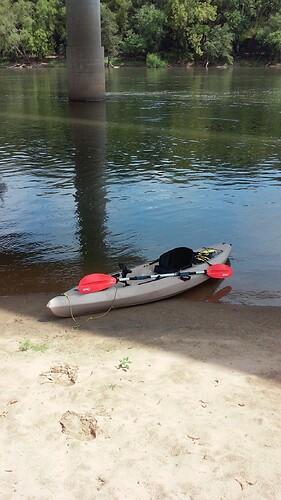 I don’t think it was ever possible to get parts for Sundolphin or Future Beach kayaks. The brands were not known for customer service or replaceable components. Like the 99 cent lighters at convenience stores they were essentially disposable commodities that were mostly sold through big box retailers.

Come to think about it I didn’t see any outside my KMart today.
Maybe it’s time to go on Craig’s List and pick up a few of these classics before the word gets out…

K-Mart? You have a K-Mart that is still open!?!

Don’t mess with our KMart. It’s the only big box store within 30 miles of me and more for others…
Stock can get sketchy and so can the help but we are thankful and don’t complain.
I bought some work socks and found a cool boonie today. Beats driving 60 miles just for some socks. I lost what socks I had in hurricane Irma…
Guess everything is relative.

?? They are very popular here in our pond…