This is kind of a narrow topic, but here goes. I have a set of replacement rudder foot controls that are available on Amazon or ebay and appear to come from China. They’re all plastic as shown in the photo and are actually quite nice. I doubt that Chinese injection molding companies would design their own product like this, so the design probably came from some larger kayak-related company.

Does anyone know what the origin of these might be? An obsolete design and the manufacturer is just using “abandoned” molds? Thanks all! 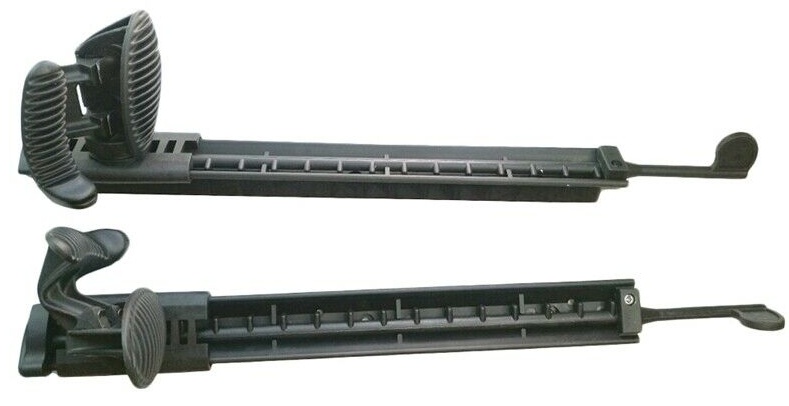 Not sure but I have the same set at home sitting in a box waiting for me to put them into my Chesapeake 17.
They seem solid enough, but I’ll know more when I get them installed!

I have the same set at home sitting in a box waiting for me to put them into my Chesapeake 17.

I can offer up a couple of things I did on my install that might be useful.

First, they have a channel at the front that allows you to run the free end of the rudder cable back toward the back of the foot control, the same way the cable runs in the Smart Track Performance Foot Controls. I found that I could trap the free end of the cable under a removeable block at the back of the track. It’s marked by the red arrow in the first photo. I filed a shallow grove into the block that the cable nests in. By loosening the screw that holds the block, I can slide the cable to make fine adjustments to cable length and rudder centering.

And second, perhaps because I messed with the block, I found that the length adjuster rod would occasionally rotate on its own after an hour or so of kayaking and unlock the pedal position. So I made a supplemental latch to to ensure the rod can’t rotate. It’s in the second photo. To unlock, I first rotate the latch down to the blue position, then rotate the rod to the green position. It works great. The latch is made from a spare piece of plastic I had on hand (an old house shutter - I save a lot of stuff). Also note that the big blob of duct tape just covers a cable clamp at the end of the cable. 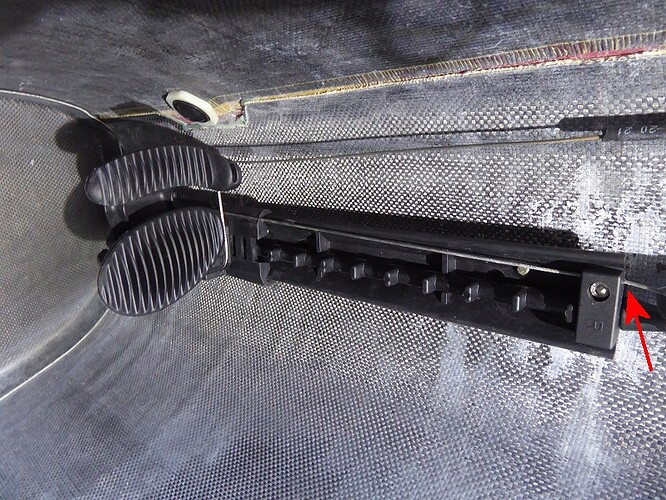 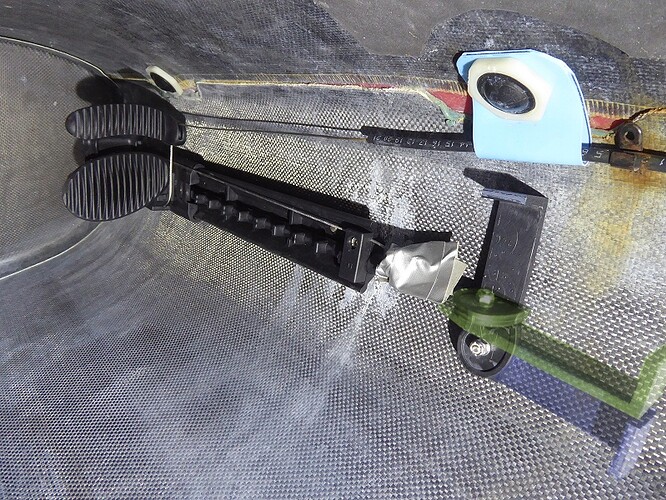 Frames look like Sealect but the pedals look like Harmony. I have both but neither is for a rudder. And, as Wolf says, the rods do have a tendency to rotate, especially when the kayak is rotating. I have some velcro on mine to hold them more or less in place.

I do appreciate the insight from someone that’s already done an install!