Nobody can paddle THESE waves

Paddle? Trip hazard walking over them.

Interesting picture, but the article is very poorly written. Rocky Mountain Nationwide Park? I assume (and hope) English is not their native language.

Old fashion backcountry skis, with the right wax and/or skins, should do the trick! Paris will probably scramble fearlessly, readily and with more alacrity than any human.

Right tools - human-made or nature granted - make all the difference!

I’ll paddle them. No problem.

…In the summer, after they’ve melted. Assuming they melt in the summer.

I noticed the odd language, too. The Denver Post does not let me read more than their headlines, so I just searched on “Colorado lake frozen waves” and that other link came up.

Yes, indeed, the ice does melt in summer, if not in spring.

Weird phenom, never seen that before. I’ve seen icicles on the sides of signs that must have frozen while rain blew horizontally.

I wonder if the lake water had been supercooled and then that straw-that-broke-the-camel’s-back factor triggered instant freezing.

I found a link to an article written by someone who speaks English and spoke with a meteorologist - sounds like the leading theory is drifting snow on top of ice that then melts and refreezes in the shape of the snow drifts. 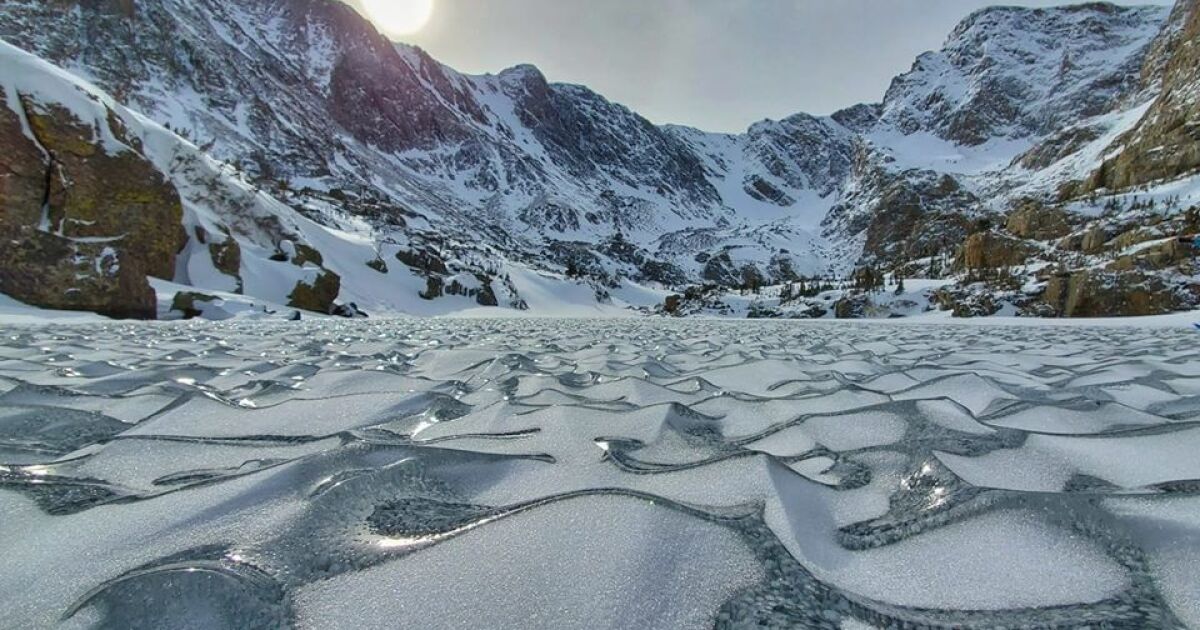 The photos almost look fake: Wavy ripples across a lake at Rocky Mountain National Park, frozen in time as if they were sculpted by hand.

Frazilled in the frost
waves are frozen but untossed
a sea seized in beauteous seizure
held is upheaval,