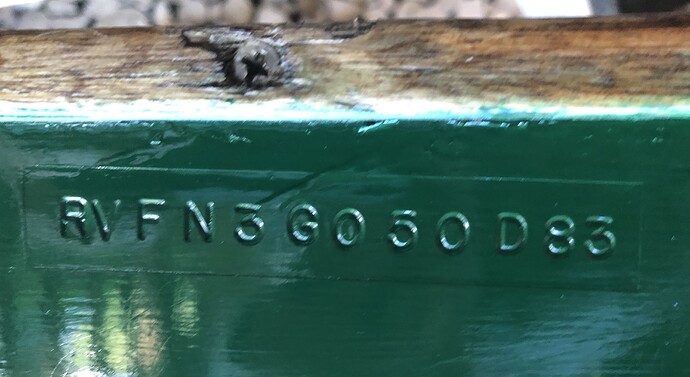 According to the Coast Guard https://www.uscgboating.org/content/manufacturers-identification.php its made by a company called Riverside Associates out of New Hampshire. Not sure there is anything standard about what comes after the manufacturer code.

Yes there is. There have been various formats over the years but the last four characters of the HIN have always indicated either the month and year of certification (build) or the month and year of certification and the model year. The five characters after the manufacturer’s identification code can be used by the builder in any way they choose so long as the combination of characters is unique for that boat and they could be letters or digits or any combination of the two.

The HIN in question does not conform to either of those formats.

So the mystery remains! I had found the formats for the post and pre 1984 HINs, and knew the last four digits of this boat didn’t fit any of the standards. I’m going to assume it was made in ‘83, but who knows!

I did come across a post from a guy on wcha about a very similar Allagash canoe with a similar HIN maker/model code but it did fit the format with a 1082 last four digits.