Not kayaking but worth admiring

Just seen on BBC website about a gent attempting to travel from FL to NY in his floating hamster wheel. 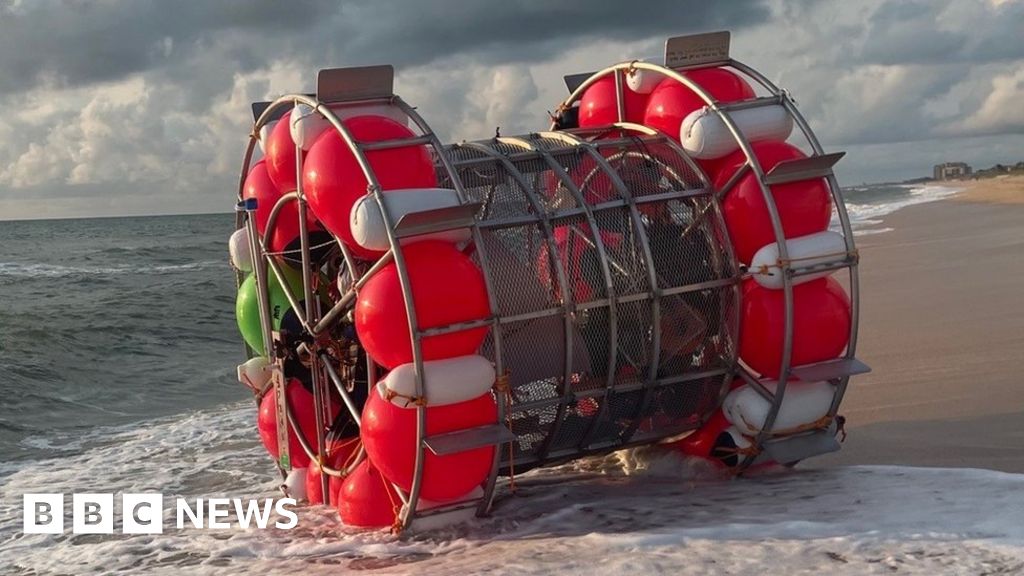 Reza Baluchi was trying to "run" 1,000 miles north, but ended up 30 miles south of his start point.

“I will show people anything you want to do, do it,” he told Fox. “Don’t listen to anyone. Chase your dreams.”
Yeah… He’s tried three journeys and been rescued three times.
A real inspiration.

Slow learner. He should be charged for all rescues after the first.

So he is trying to match the intellect of his spirit animal?

All of the Gadgets from all of the 007 films featuring examples that you could own, including cars, replicas, futuristic Devices and Secret Agent Spy Gear

Need to bill him.

Don’t be dissing upon the hamster,
that never wheeled itself into this damp stir,
of a mortal man feeling omnipotent,
to tread cross water like some Jesus rodent,

for pets that abode in a habitrail,
have no desire for trans-oceanic fail,
like machismo mutants spinning their big deal,
at loss to find they’re spun as lost loose wheel.

How many times did Edison fail before he got a light bulb to work?..

So do people who make such things voluntarily work for “Habitrail for Humanity”?

Usually after they were cut loose from a Hub Furniture store for shop drifting.

Who? Well, making deals with God, the Devil, or whirling nerdishes inside Robert Fulton’s rejects, Kate might:

I get a bigger kick out of the replies and haven’t even seen the hamster. Good luck to him, probably thinks the USCG needs a laugh. They can launch two zodiacs and see who get him to the goal, I mean the jail.

Edison was not a clown, seeking attention.
The attention seeker is a clown.
Huge difference; poor comparison.

Nikola Tesla may have disagreed when Edison was inventing the electric chair to prove how dangerous AC current was.