I had NRS float bags in my Dagger Encore, and they leaked. Several years ago, I’d found a leak around one bag’s dump valve. I removed the valve and put a big patch over it. This worked, but meant only the 0.5" i.d. inflation tube could be used to S-L-O-W-L-Y empty of fill the bag.

This year the other bag was slowly leaking, and turns out it had a bad dump valve, too (pictured). Okay, one is an anomaly, but when both fail in the same manner, something is wrong with the product.

So, I called NRS to complain, but the customer service person cut me short: “Sir, if you are having a problem, just return them and we will replace them.” I did, and yesterday the mail brought two brand new float bags.

NRS stood behind their product, even though it was 5 or more years old. I’ll buy from them again. 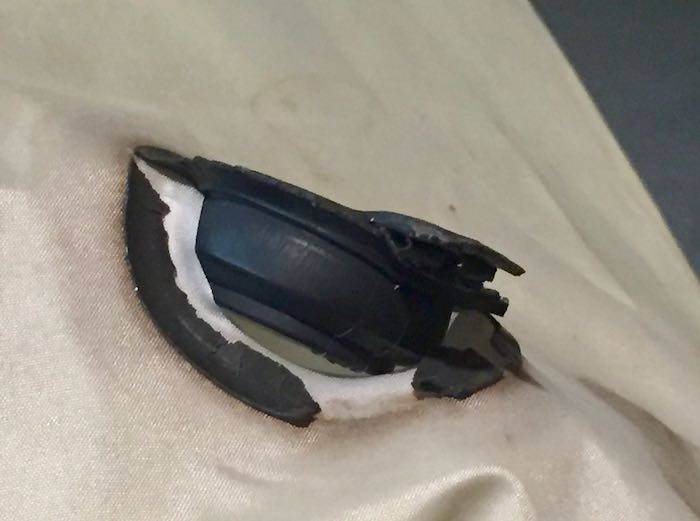 Five years? That’s admirable. Thanks for the info.

They gave me a new one as well.

I don’t think the quality is up to par compared to the yellow Harmony bags. I had a large nylon center tandem canoe float bag from them for no more than 2 years before it started leaking around the valve where the brittle plastic cracked. It was used no more than 5 times. Both the nylon cloth and the plastic used for the valve feel flimsier to me than my Harmony bags. But Harmony does not make a large center bag in nylon. 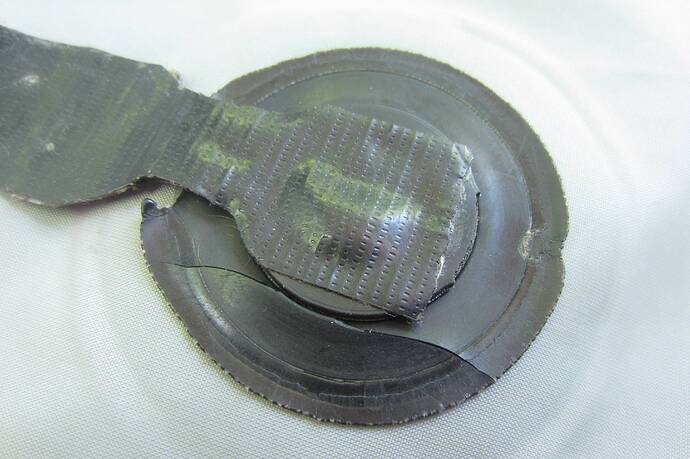 But NRS were nice and quick to replace it.

Hopefully, if they get enough returns, they will improve the product. Customer service is nice, but I’d rather just have gear that works.

Not only was the valve cracked the same way as in Booze’s picture, but I managed to rip off the valve cover’s keeper strap first time I touched it (hence the black Gorilla tape gluing the valve cover to the bag) as well as the valve cover’s little lifting tab later. You can still see the ragged edge where the tab was attached on cover if you look closely.

Somehow their plastic is too brittle.

Mike McCrea over at canoetripping.net also had related problems with his bags: