I have narrowed my choice to these two canoes. Would like opinions from those that have paddle. both, which they prefer and why but any input is appreciated . I will mostly be day paddling rivers (no WW) and a few week long trips a year. I was concerned the NW Solo might not paddle as well as the Magic without a load.

You didn’t mention your weight and whether you plan to sit or kneel. I’ve owned both and I’m also on rivers most of the time. I paddle both with and without a dog so loads of a little under 200 to maybe 270-ish. I think that in general the Magic is faster and the NW Solo is more stable and more maneuverable. That said I find the Magic to handle better than I expected on rivers. I sit in my Magic and kneel in my other solos. I didn’t keep my NW Solo because it just seemed like it took noticeably more muscle than the Bell Merlin II I’ve owned for a long time (and I’m fussy). I now have a Swift Keewaydin 15 too which is similar and related to the NW Solo. In high wind and waves you’d be better off in the NW Solo (but the Magic is still well behaved). While the Magic is faster (maybe 10% faster) than the sporty 15-footers, on a long day they may be similar in how far you travel since it gets down to comfort. The natural “all day” cruising pace may be very close for both boats but if you push hard the Magic has a definite speed advantage. I just didn’t fall in love with my NW Solo but most other owners seem to love theirs. Both Magic and NW Solo are fine canoes so you can’t really make a bad choice.

Have only demoed a Prism…(empty) – Last Updated: Jul-06-09 12:20 AM EST – I really like both Magic and Prism's lines/specs. ________________________________ Only demoed the Prism(empty) on a calm late morning..need to paddle one in a breeze..with any height chop/waves. Early mornings are priceless but I usually seek out some sort of moderate breeze, especially on those balmy summer days...and the Advantage I owned just had too little of an envelope..stability-wise. I never start a paddling …

I’m not a canoer anymore, but I used to paddle a Wenonah Advantage, so a quick search found the above.

Tom, That’s just the kind of information I am looking for. Thanks for your reply! Jeff

I have owned a couple of Magics and a couple of Bell Merlin IIs which is basically the same as the NW Solo I believe.

Comes down largely to whether you are mostly a kneeling or sitting paddler. If you sit and switch, then the Magic is a better boat for most. If you kneel than the Solo is better.

Some will scoff at this, but its true. For a sit and swtich boat you are looking for speed, tracking and a narrower paddling station. The Magic has all of this. The Solo / Merlin is okay for sit and switch but certainly not as good, but is more maneuverable and wider and thus better for kneeling and windy streams.

That being said, the Magic can be very maneuverable if you have the skills. Put it on edge and add a few good sweeps and a bow rudder or a low brace turn and it comes around quickly.

I believe the Magic offers one of the best balances for speed, manueverability, tracking, performance in wind, and performance in choppy water and waves. Carries a load with no issue either in my opinion. I am about 195 pounds FWIW.

Hi Matt. I had a Merlin II on a few long two week solos and gear fit well. I had my camping kit with me when I got to try a Magic and it wasn’t going to take my 30 l blue barrel in the bow. Too narrow. Both Merlin and Magic turn when heeled but it took a full heel rail to water to get that Magic to turn at all which you may not want to do with a weeks of gear. For sure Magic is faster. But Merlin can literally spin in its own length when fully heeled. Sometimes coming into portages I had to do a lot of maneuvering and heeling to get as close as possible without rock bashing.
So another consideration is how you are going to use the boat mostly and if seconds count. The Magic would be primary if you are on lakes where you want full on speed. Be mindful it can knife waves and dump water into your lap in “conditions”.
I was on Antostagan in gnarly winds 20 mph with 2.5 foot seas quartering from stern in Merlin II when the dog insisted on standing in the bow. Making the bow heavy and keeping a course impossible.
( dog was disinvited from future solo trips). Had to paddle backwards bow into wind. I don’t think the Magic would have been better even with its better tracking. Both are swede form boats sensitive to trim.

I own a Merlin II and have paddled Magics. I have never paddled a Northwind Solo. Per the specs the Solo appears to be a slightly upsized version of the Merlin II, an inch wider at the waterline and half a foot longer but with the same differential rocker and the same length/width ratio. The Solo also has a 25-30 lb greater carrying capacity, and it is slightly deeper at the bow and amidships.

From that I would infer that the Solo handles similarly to the Merlin II but might require a bit more effort to move forward, as TomL suggests. I agree with TomL that the Magic does better on moving water than one might expect based on its flat water performance which is excellent, and I agree with bowler1 that it is geared more toward paddling in a sitting posture. But no way is a Magic anywhere close to as maneuverable as a Merlin II, and if your goal is mainly river paddling, I personally would be inclined towards the more maneuverable boat. 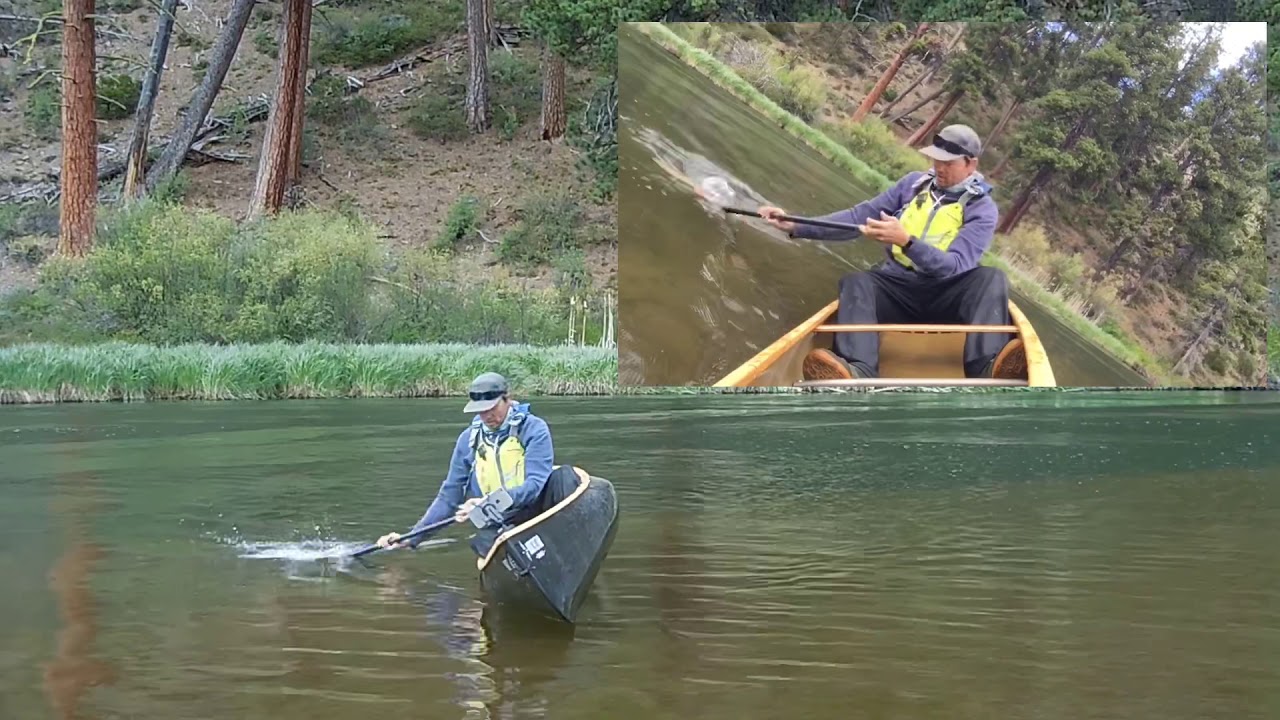 The first part of the video shows well how the shouldered tumblehome of the Northwind Solo comes up much higher toward the gunwales than that of the Merlin.

The most striking thing in the video for me was the apparent difference in volume between the Magic and NW Solo when the two were side by side. I was under the impression that the NW Solo was a slightly upsized version of the Bell Merlin II. But I have had my Merlin II next to a Magic a number of times and the difference was never that striking.

No question that the NW Solo should have greater carrying capacity and a more stable feel than the Merlin II, but I would also expect it to feel less responsive and a bit more sluggish. Judging from threads on other forums, that seems to be the case. Here is one such that the OP might find of interest that compares the Bell Merlin II to the Northstar NW Solo, the Merlin, and all three to the Wenonah Advantage: 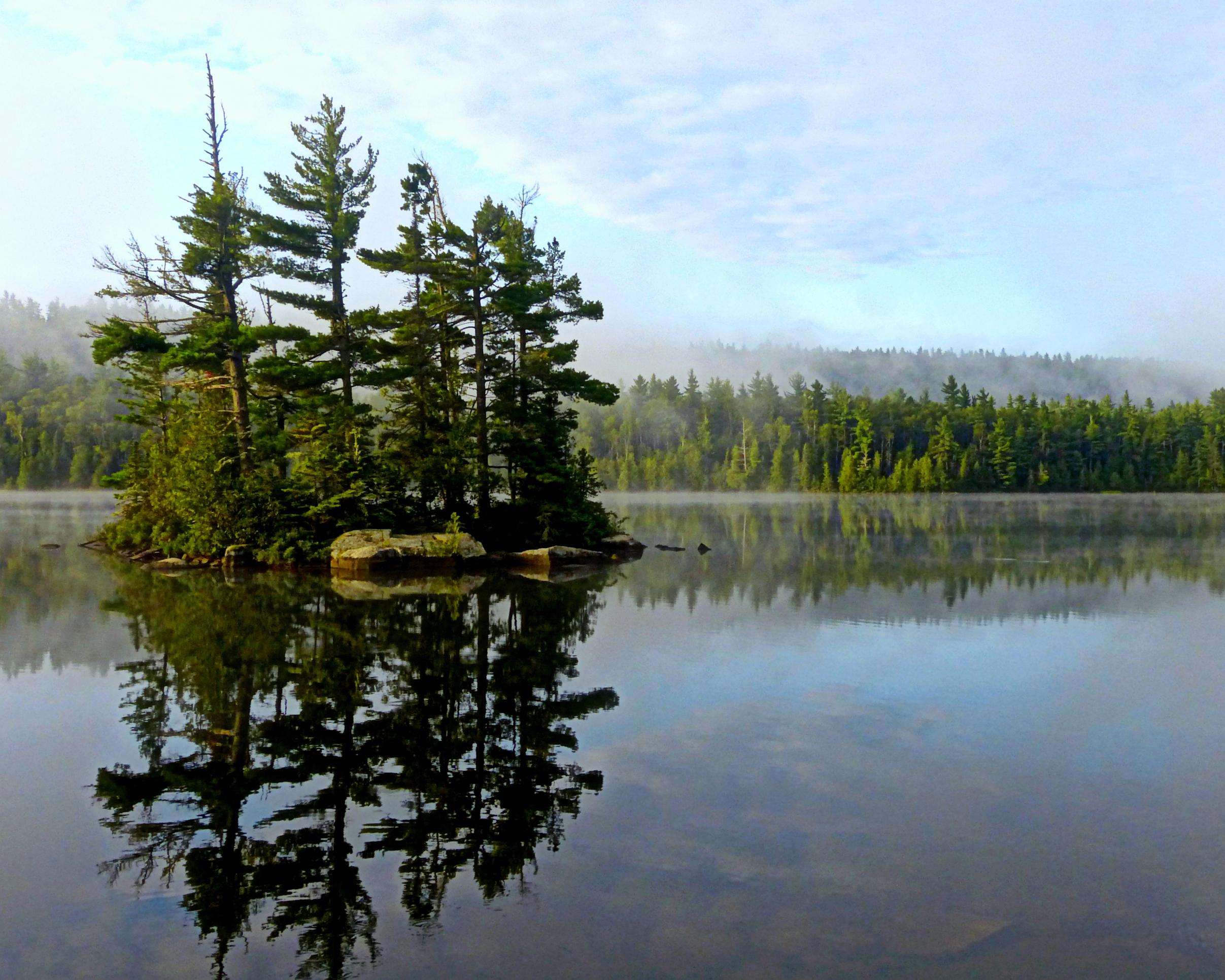 I guess I am a little surprised that Ted Bell chose to upsize the NW Solo to the extent he did in the redesign of the Merlin II, since the latter was a pretty successful boat.

Again, if the OP is limiting the search to the Merlin and the NW Solo, plans to paddle mainly rivers, and plans week long trips, I suspect the NW Solo would be the better choice.

Seems like most new canoe designs are more tame than some of the designs from the past. If someone is looking for a hot solo more like the Merlin II I suggest that they try a Northstar Trillium. In my opinion it’s a hot boat, super effortless to paddle (even more effortless than a Merlin II) and turns a little better than a Merlin II as well. Northstar advertises it as a “smaller sibling” to the NW Solo but in my view they are quite different in character.

I was talking to David Yost quite a few years ago now, and he was bemoaning the fact that he really couldn’t design boats for the degree of performance he would like. They always tended to get dumbed down a bit by the manufacturers.

He said something to the effect that if he designed them the way he wanted inexperienced paddlers would be bringing them back to the retailers complaining that they or their girlfriend had fallen out of their new boat demanding their money back, and the retailer would soon stop carrying that model.

One dealer I know said basically the same thing, that canoes are designed to not scare new paddlers during test paddles. I was also joking with a salesman when I test paddled the Northstar Firebird (a very hot boat similar to a Flashfire). The Firebird had a super low seat set up for sitting so I said “it’s a kneeling boat with a seat set up for sitting”; he laughed and agreed. But to be fair both the Firebird and Trillium are red hot and I personally don’t need anything hotter and less stable.

I paddle a Trillium. I’m perhaps a tad larger at 200 lbs than the design spec. With a 50 - 60 lb camp in my Duluth bags there isnt a huge amount of freeboard but enough. My fav boat that burned up was the Bell Yelloestone, now with 6 extra inches it’s called the Phoenix. Prolly a better all around canoe than my Trillium. But the glide and ease of motion through the water sold me on the Trilliun. Time & a few rapids will tell.