Went out to the Okefenokee Swamp with the canoe club last weekend. We did three days and two nights on the red trail from Kingfisher landing near Homing Georgia to Steven Foster State Park, Fargo GA, 32 miles +/-. It was hot till the cold front came through around 4 am Monday. Then it got cooler and comfortable. The first part of the trip day 1 was the longest at 12 miles but followed three hours of shuttle placement. A long day. Then too the first trail was the hardest since it went through swamp plains where it looks like grass or lilies but its the water you paddle through. Later it became narrow bush lined sidewalk sized channels. The second day was a mix of choked water and “big” water leading to nice trails in the big trees. The third day was lakes, big trees and winding streams of moving water. Nice changing scenery and conditions.

If you go visit the refuge web site, get reservations, and a good map. Day trips are advised for the less adventuresome. https://www.fws.gov/refuge/okefenokee/
the chickies are nice with composting toilets. I suggest the National Geographic, Okefenokee National Wild Life Refuge map. It has the mile markers and camp sites well marked on the map. Distances between mile markers and my GPS varied. But not much.

Water level was going down. By August you won’t be able to get through some of the upper trail due to vegetation growth. Water level is important. Dragging the boat through muck is not fun. Will post a report later. 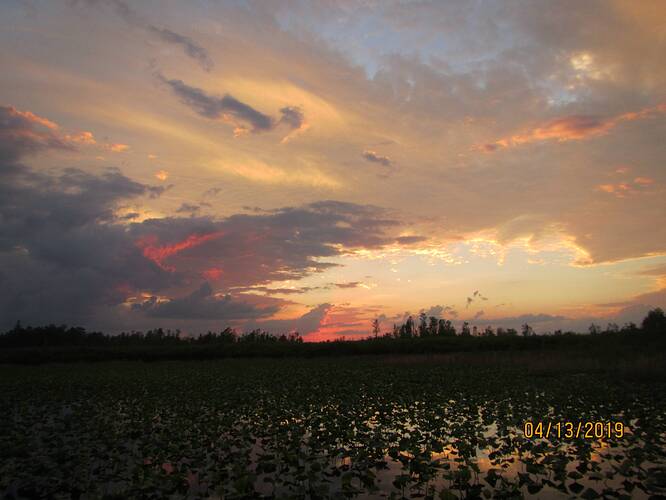 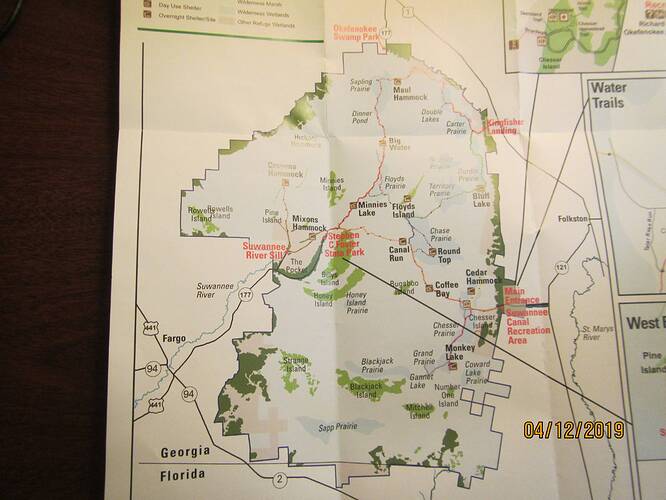 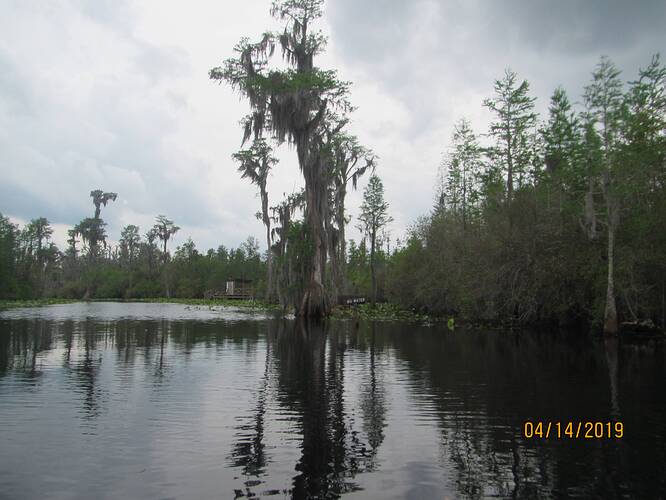 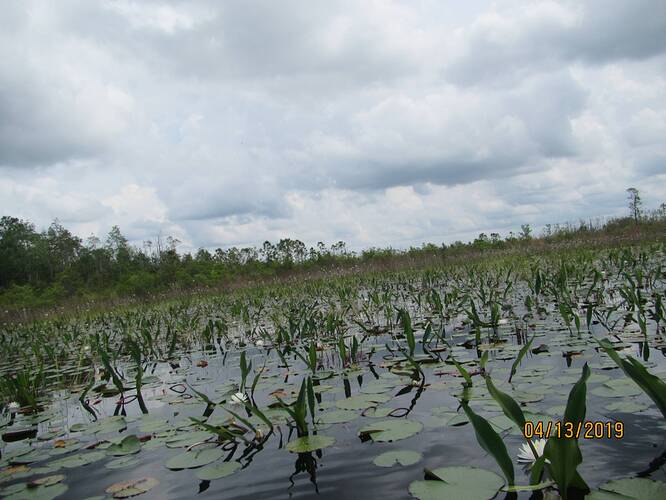 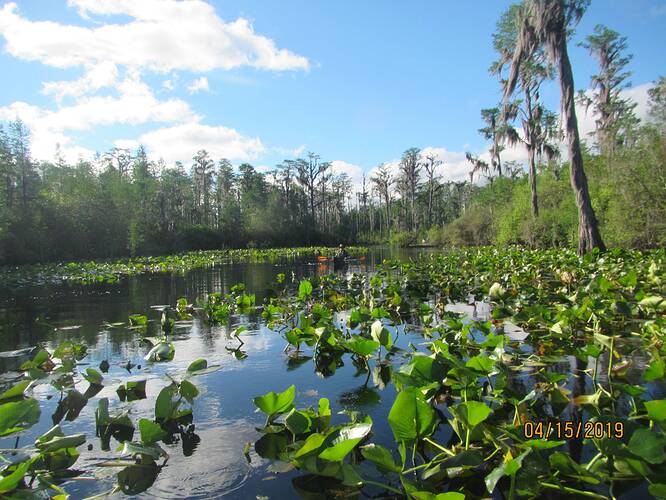 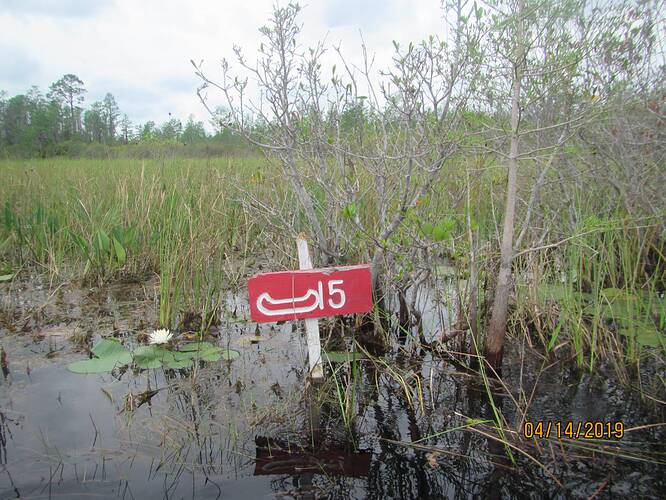 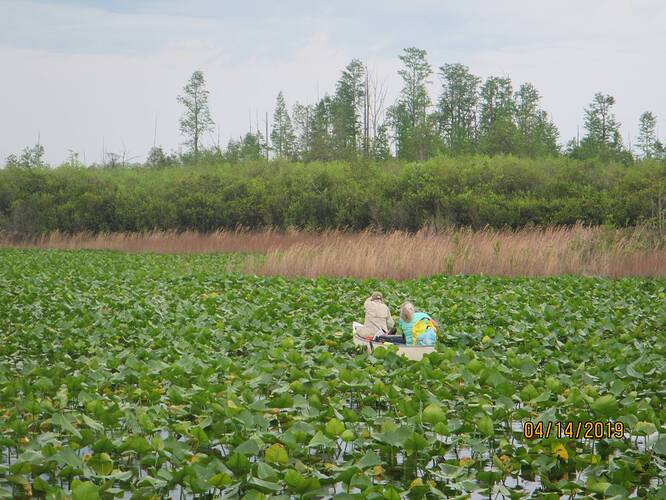 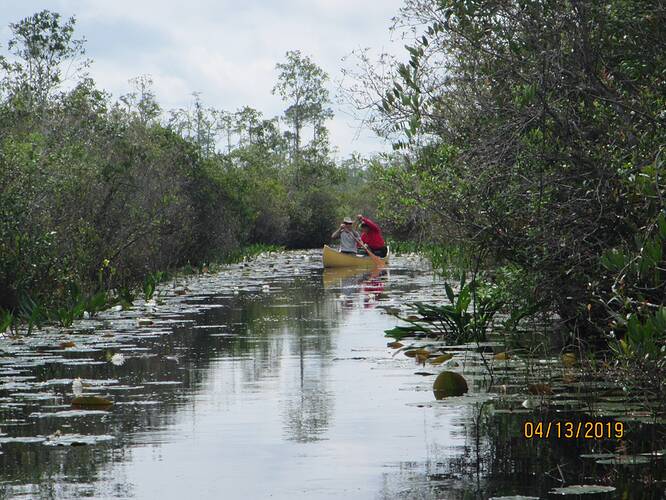 Looks more like an obstacle course in some spots. Are there invasive species there and requirements to wash down your boats?

Well, there are a lot of cars with plates from states north of Virginia.

“Invasive?” Yes but many of those are native. No invasive wash downs required .

Paddling through the Spatterdock lilies brings back memories. Looks like the Fragrant Water Lilies were blooming too. I haven’t done that trail yet, but want to. I have gone to Bluff Lake from Kingfisher, and camped at Floyds Island, Mixon Hammock, Monkey Lake, and Coffee Bay. Each section has its own character. Looks like a great trip.

Water levels were low at the swamp when I was out there last week. It’s been very dry in southeast Georgia, need those rains gods to do there job!

Water was reported at SP as 5. In 2017 when the others attempted it was 2. They had to drag the boats over roots and mud.