I just spotted this for sale. I can’t help but love the whitewalls. I messaged the seller asking if it’s still available. Opinions? 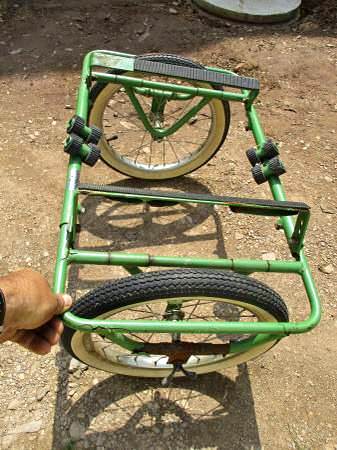 It might not be all that old. Looks like it’d work. Maybe need wider tires if you were dealing with sand or muddy stretches to move over.

These carts are beginning to come out with wheels that don’t need to be inflated. So I expect that for those of us who usually are carrying from a decent parking area and travel with a pump in the car, there will be some good breaks for the ones with inflatable tires.

There is one of those in our canoe club. Owner moves a real heave, by current standards, 100 year old canoe with it. Narrow tires not a problem.

Swedish cart. Great for heavy boats as you load the boat so it balances on it rather than shoving it in on one end…I have not seen whitewalls and don’t know if the tires are real old or really custom and new!

I have a similar one but no rollers and no whitewalls… Tires roll well over rocks and where you need high ground clearance and hard surfaces, Sand… no.

I have a newer one of the same design and it works very well for my needs. The one shown in your picture looks like it is missing the kickstand and the kickstand is quite handy for loading the cart. It’s also hard to tell from the pic whether the frame is damaged just to the right of the guy’s thumb or if that is just scratched paint. It may not have come with white walls; one pretty cool thing about the design is that the frame will accept standard width bicycle hubs/wheels so the one shown may have had the wheels replaced. 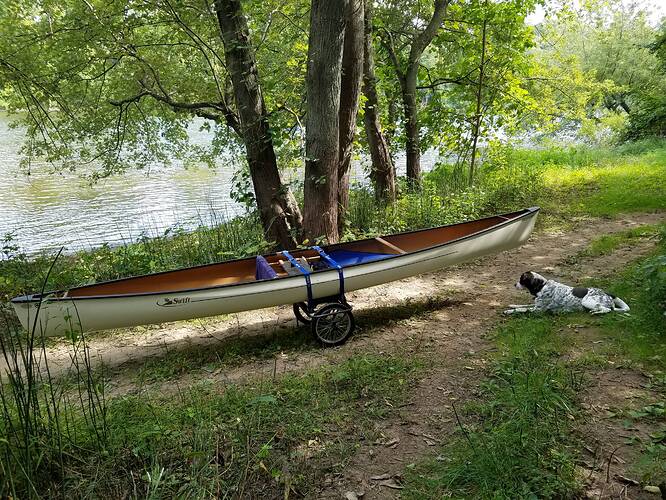 Great catch on that missing kickstand, Tom. Enlarging the OP’s photo on my iPad, I can see metal under that damage you mention so it may be just chipped paint.

On the other hand, there could be some frame damage where what looks like tape and wire appears just below the guy’s hand. Not sure what it is, but the other side doesn’t have it.

Add some cyan from a spray bomb and it will almost match the canoe’s awesome paint job.

Actually the kickstand that is standard on these carts is a pita to get up once a tandem canoe is on… It may well be better to install two standard bike kickstands. Just an idea.

Thanks for the replies, y’all! I grabbed the other photo. I really like the whitewalls. 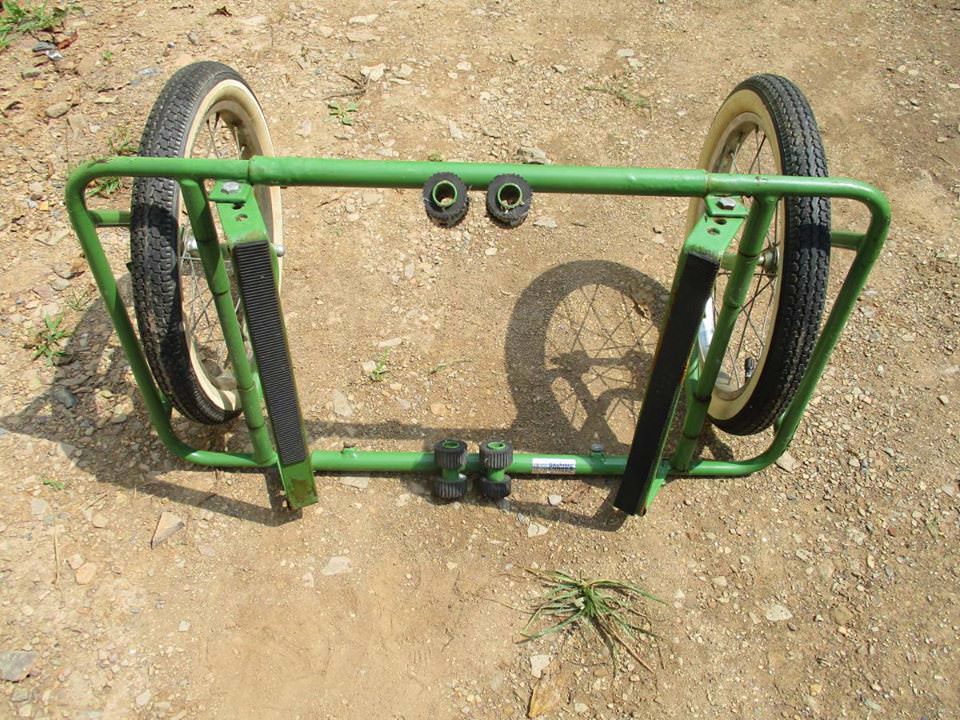 Kickstand? I don’t even see a place for a kickstand. I do see the peeling paint/power coating and what looks like rust. I’ll be going to check it out this weekend.

Maybe this will be of some help… The U shaped kickstand folds up toward the center.
https://www.llbean.com/llb/shop/117939?page=all-terrain-center-boat-cart

That does look like a handy feature. I don’t think the green one has a kickstand.

Did I mention the whitewalls?

Based on this ad it looks like it came from LL Bean and did not come with whitewalls. Or maybe whitewalls were optional.

Make sure to have a tire pump.

Aye aye, I’m almost never without a tire pump because I ride strange bicycles like this. 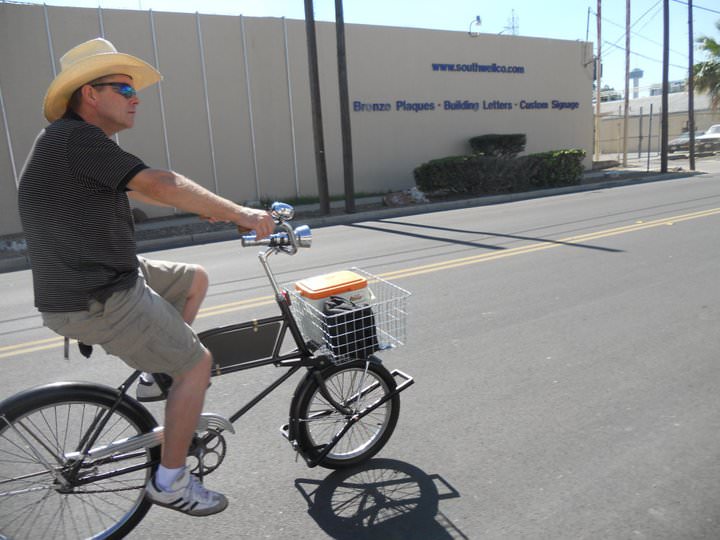 @kayamedic said:
Beans does not nake carts
The one they brand is from Seattle Sports

Late for one finger typing.

@kayamedic said:
Beans does not nake carts
The one they brand is from Seattle Sports

Late for one finger typing.

The apostrophe has peanut butter in it. The period ran away.

@Schuylkill said:
I just spotted this for sale. I can’t help but love the whitewalls. I messaged the seller asking if it’s still available. Opinions?

Going to check out this cart today … I’m wondering what it would be like to load a canoe without the kickstand. Whelp, here goes nut’n!

Offhand I’d try putting a milk crate under it to hold it upright while loading…you might have to put a couple scraps of 2x4 on top of the milk crate to get the height right.

It will be hard to get the milk crates out with a lot of weight bearing down on it. The purpose of the kickstand is to keep the cart from rolling away while you adjust the balance of the canoe on it… I would get some wheel chocks first.