Hello, all! I’m new to the forum and excited to get paddling! I recently purchased a 164 Penobscot (REI garage sale) to begin taking canoe trips with my family.

After getting it home I noticed there’s a small crack in the gunwale where one of the screws is. I’m wondering if anyone has any advice on an easy way to fix this before it cracks all the way through? A friend suggested I might could try using an epoxy. Definitely don’t want to let it sit and become a larger problem like having to replace the entire gunwale. Thank you in advance! 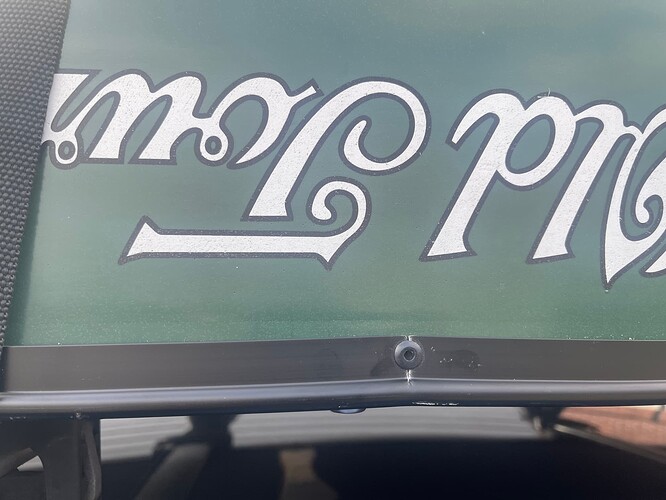 Looks like it was cracked from an impact or from being strapped down to tight. I don’t think it will get worse if you leave it.

Penobscot models are stock with aluminum gunwales. You can’t really repair a crack in the aluminum, given how thin it is. Only minor concern with that one is that it’s where the portaging yoke is bolted to the gunwales, so would be under more stress than a usual rivet point. if you’re going to double carry the canoe (one person at each end) don’t worry about it. If you’re going to be portaging it, using the yoke, you might consider adding two more rivets (one on either side of it) about 1.5" fore and aft of where the crack is, but even that’s not necessarily critical. My guess is that the cracked gunwale is why REI had it on sale.

It looks to me as if there is more than just a split in the gunwale skirt at the rivet. The photo shows what looks like a longitudinal split in the top surface of the gunwale. Perhaps that is an optical illusion that is a result of light reflection.

It is possible to repair broken gunwales using epoxy and some structural fabric. G Flex epoxy bonds very strongly to aluminum and if the breaks or cracks can be approximated they can be bridged using fiberglass or some other structural fabric.

Overall I think oldboo is right and you’ll probably be ok if you do nothing.

I recommend that you drill a small hole right at the tip of the crack…just a tad in front if the crack. That should eliminate the stress concentration that makes the crack “want” to grow.

Ideally you’d drill out that one rivet and try to straighten the gunwale, then patch as pblanc suggested, then add a new rivet. Adding two more rivets as suggested is another great way to take the load off that crack.

If there is no visible damage to the top of the gunwale I would either do nothing or perhaps gutter the crack in the gunwale skirt a bit and fill in the crack with G Flex epoxy. To accomplish this it would probably be easier to drill out the one pop rivet at the crack and later replace it.

If there is just a dent in the top of the gunwale I would probably do the same.

If there is an actual crack or split on the top of the gunwale I would repair it in the way I described.

Have you contacted Old Town? There customer service is pretty good.

Excellent idea Minn8325, even if it isn’t covered under warranty. They may have factory replacement parts for self repair.

Gunwales are problem because they are long and hard to ship. If you live in the Northeast you could drive up the factory and get a new one.

The simple thing to do is repair the damaged part. I would be tempted to use some sheet metal inside and out secured with sheet metal screws and painted black.

I see the longitudinal white line Pete is referring to. To me it looks like a blow was delivered from topsides causing a bend in the gunwale and it split below the rivet… I would think it pretty minor for an alu gunwale which really can’t be straightened. I have a Wenonah with something like that from 1991. It still sees regular service and the crack has not extended.

You can’t completely straighten out an aluminum gunwale that has been badly bent or flattened, but you can restore strength and make it look a heck of a lot better. The photos below show an aluminum gunwale on a Wenonah canoe that was left upside down at the shore of a lake. A very strong wind came up during the night and flung the canoe against an adjacent pier piling and the gunwale and adjacent hull took the hit. The gunwale was bent inward pretty significantly and flattened on both the top and bottom.

I was able to jack the gunwale back out to approximately the original location, then filled in most of the depressed areas of metal using small fiberglass patches to fill in the divots, then a larger fiberglass patch over the damaged area. I used G Flex epoxy with graphite powder mixed in. I wasn’t interested in a perfect cosmetic result. If I had been I could have filled in the depressed areas with additional applications of epoxy and fiberglass. 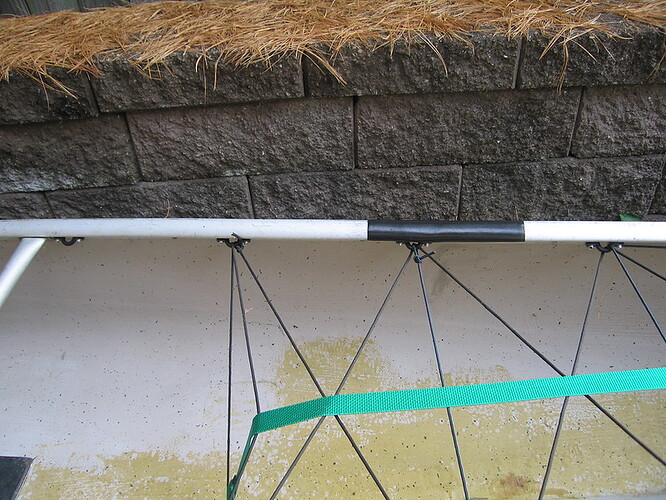 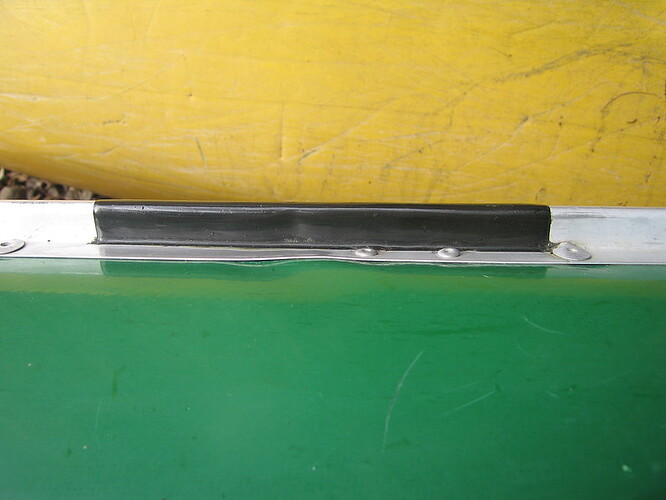 Ppine good point and nothing like a road trip.

Is it possible to remove the rivet, add epoxy, sandwich inside and out with 6 - 9 inch flat stock aluminum, and put two heavy rivets on each side. Then touch up with paint.

My thoughts are the same. A couple aluminum strips with a shallow dimple drilled into it to sit over the rivet that’s in there. Clamp it all up tight and drill two new rivet holes thru all the layers and put in a couple rivets ether side of the old one.

Hi bud,
Rivets would be fine if they are solid copper with a washer ball peened in place.
I hate pop rivets.

I agree pop rivets as most of us think of them are pretty much all over the place in strength and quality. Something more like a Huck Bolt is ideal but most people don’t have access to the tools etc.

Plating the fracture would put the strength back and the fastener could be a peened rivet or even a bolt and nut. I have sometimes tightened a nut joint and then cut the bolt off almost flush and then peened the screw thread where I never wanted a chance of the connection coming open.

I guess some depends on appearance and that is different from person to person. I would like the outside to look nice for some reason and not care as much about the inside. So I could see countersinking and using a flat head screw if I went the screw method.

Wow, thanks everyone for all the great responses! I’ve purchased the G Flex epoxy as suggested and will most likely use it in some fashion for the repair. I’m not sure yet if it seems necessary to add more rivets on either side. The longitudinal white line above the aluminum isn’t a crack, just appears to be a scuff mark. However, it’s entirely plausible that the scuff is where some kind of pressure was applied causing the crack in the aluminum. Good advice to also reach out to Old Town, I’ll most likely do this as well before beginning, I didn’t even think about that - they may have the spare replacement parts as suggested.

Thanks again everyone for the advice. Update on the gunwale…attempted to glue an aluminum sheet with Gflex Epoxy clamped on. Cured fine, but when released the clamp, there was too much flex and it popped off. However, there was plenty of epoxy left over in the crack and pooled at the bottom where there was potential for further cracking. Sanded down the epoxy a bit then painted black with rust-oleum. Not perfect by any means, but I would say mission accomplished for giving a bit more strength so I feel better carrying solo. Thanks again everyone, super excited to take it out! 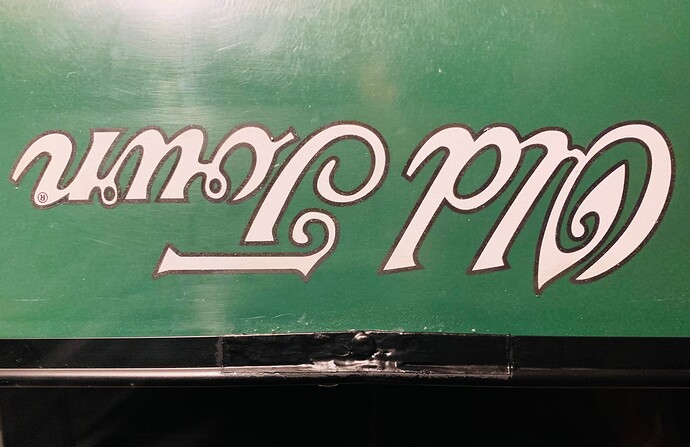