Heard alot of mixed reviews. That it’s mainly a difficult kayak to paddle and not recommended for beginners etc. But what’s good about it?

I paddle in rough seas and do a lot of rock hopping. Started kayaking last year.

Currently paddle a PH Scorpio and feels heavy, hard to edge and doesn’t track very well but that could just be me!

Depends a bit on how old it is. The original Nordies were designed around an assumption of being used for serious expeditions. So they tended to respond better fully loaded, were not as user-friendly when lightly loaded for day tripping. Some actually had a molded in skeg in back, I forget what they called the model.

Solid as hell but maybe not what you want for rock hopping.

Then there is the Nordkapp LV, which is a lot more maneuverable and not a plan unless you have a solid roll. Because you will get to use it a lot in messy stuff. They roll like a dream but the hull is very round. I am hoping to get the one in my basement on the water this season, but I have to get my roll back again solid to do it.

You can also try using the search bar on the upper right to find many threads discussing the Nordkapp.

Celia is correct. I owned a Nordkapp HM (a '96, I think), which is the version with the fixed “skeg”, which was just a part of the keel. It tracked very strongly and was difficult to turn, even when edged hard. It had a tendency to lee-cock, which created problems in strong winds when trying to turn upwind. I could counteract it by leaning well forward, but that was a less than ideal situation. Perhaps putting some ballast in the bow would have helped.

The stock seat was ~1 1/2" off the hull, which made the boat very unstable when it wasn’t loaded. I cut the seat out and replaced it with a foam seat glued to the hull. The difference in stability was night and day! The boat went from being twitchy and catching me off-guard occasionally, to being incredibly fun and comfortable in rough water. The downside was that the deck was effectively higher, making layback rolls difficult and uncomfortable. The high aft deck combined with the ocean cockpit, made it difficult for a long-legged guy like me to get in and out without scraping my shins on the underside of the coaming.

Newer versions of the Nordkapp have a somewhat different hull shape, lower decks, keyhole cockpits, and some I’ve seen have lower seats. You really need to get all the details you can about the boat in question and preferably, paddle it.

My absolute favorite boat for rock gardens is a first-generation Pintail, which is very maneuverable, has a nice low aft deck and is an absolute blast to paddle in rough water! The ocean cockpit provides tremendous control, but isn’t difficult to get in or out of due to the low aft deck. Unfortunately, the changes Valley made to the newer versions of the Pintail basically ruined it. They squared the hull, raised the decks and changed to a keyhole cockpit, which made it more “mainstream”, but killed its playful nature. Now it’s been discontinued, which is a real shame, and I will never give mine up!

I peruse Craig’s List in Maine regularly and happened to notice this Nordcap HM for sale. You can see what the fixed skeg looks like. This one also has an ocean cockpit. Perhaps they all did. 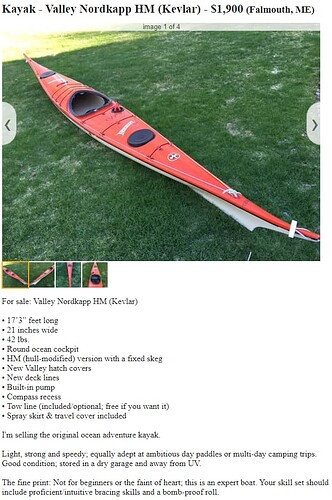 That’s similar to my boat, except that mine had a foredeck-mounted bilge pump.

I used an HM on a multi day trip. The boat was well behaved, thou it still tracked hard, so you needed good turning tehnique.

I wouldn’t recommend the HM, as the HS with the retractable skeg is a better all-round boat.

I love my Nordkapp HM, the one I currently use I bought in 1985, so they do last. They can feel tippy but after a couple hours you soon settle into it. It does require a confident edge to turn and the ocean cockpit does put some people off. It is a fast kayak! This is a purely personal view but is there a more beautiful sea kayak? Frank Goodman got it right in the 1970’s.
I also have a Nordkapp LV, larger hatches make packing easier, it does have a retractable skeg but I find that it doesn’t need it that often. Also a pretty quick kayak.
The Nordkapp Forti, is a lovely kayak to paddle, I used one on a 3 week trip off the west coast of Scotland. Other people find it really uncomfortable and restrictive.
The Nordkapp RM is probably the most popular kayak in our Club at the present time.
So the advice would be to try them out and not just for 10 minutes. Try different conditions and enjoy paddling such a classic kayak.

When someone asks a question about a Valley Nordkapp, they also need to include exactly which variation of Nordkapp they are asking about.

The other term used in the original post is rock hopping. I see this term bandied about all the time. I envision the Tsunami Rangers. Do you just find yourself in some rocks sometimes or is your life actually on the line? Are you daring death or not? If , Your actually rock hopping , stick with plastic. The Nordkapp line is designed for expeditions and as such, carry gear. The most playful of the bunch is the LV…but it’s not made for full blown rock hopping.

I know of no other kayaks that share a name, but have so many variations.

The HM was discontinued after the Jubilee. {with the introduction of the H2O.} {hatches two oval} and from then on only the HS was produced.

The LV is also a completely different variation {Lower volume}

At my house I have an original hull with an slalom cockpit, a 3 piece HM Jubilee, a one piece HS {probably the only jubilee ever made with an ocean cockpit and also a LV.

They are all different except for their manufacturer and the name Nordkapp. 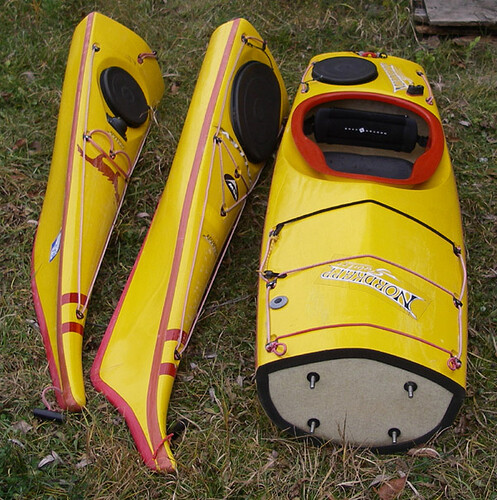 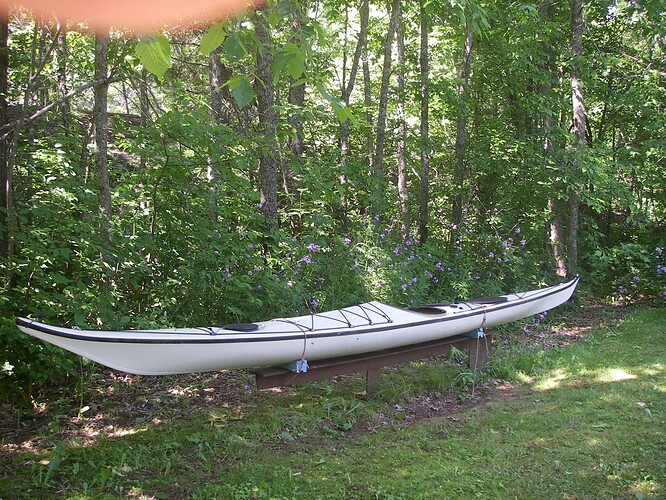 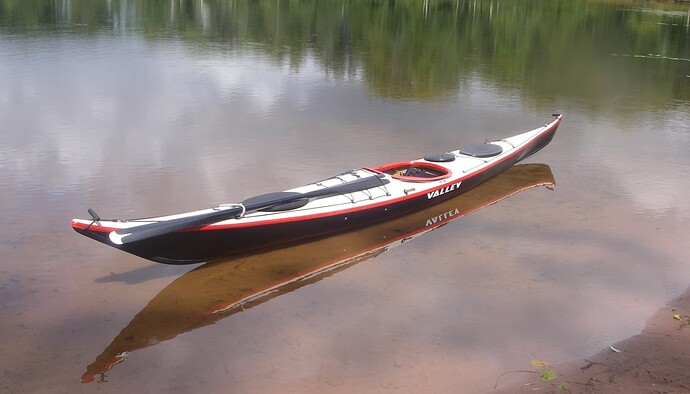 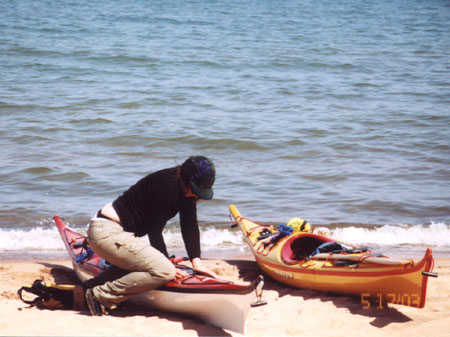 History of the Valley Nordkapp
https://www.ukseakayakguidebook.co.uk/nordkapp/art_nordkapp.htm