Have been thinking of getting a canoe recently. Spent a good deal of time in one in Boy Scouts paddling rivers and some big lake trips.

My mom has an old blue OT canoe. It’s 16ft and I think a Chipewya.

Gunwales look good. Some minor scratches in the bottom. Missing the center yolk.

Thoughts on doing some sort of restoration? I want it to do some fishing on lakes and some mellow river paddling on some eastern sections of the N. Platte R. 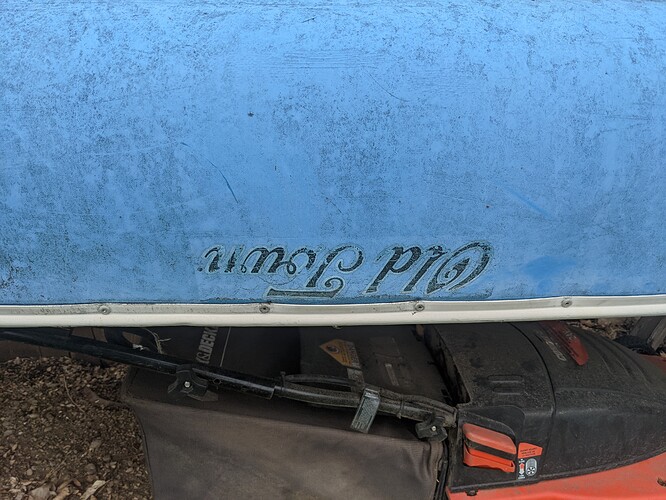 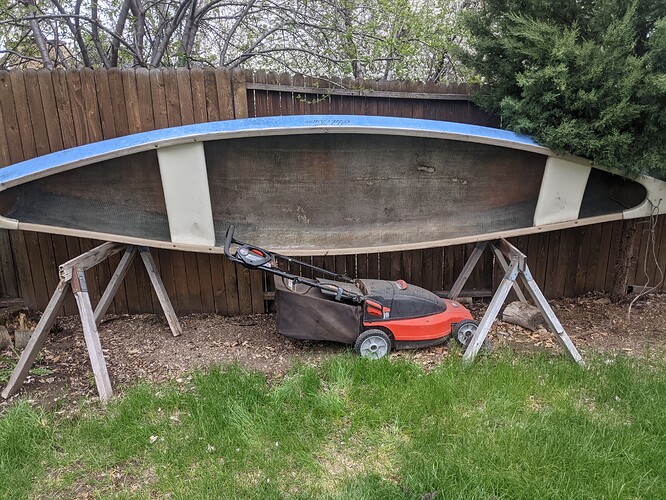 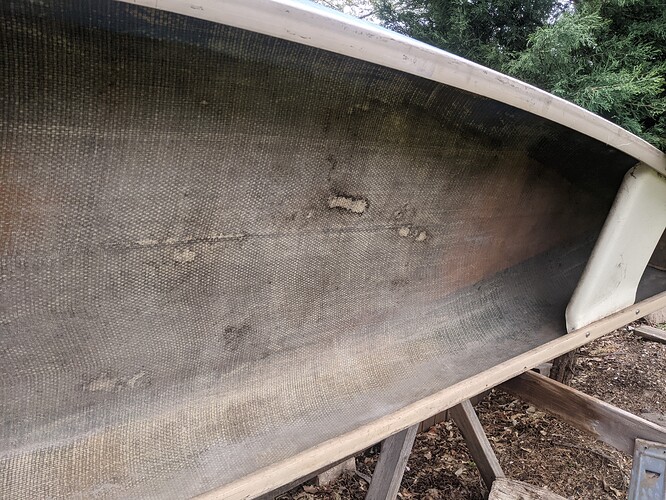 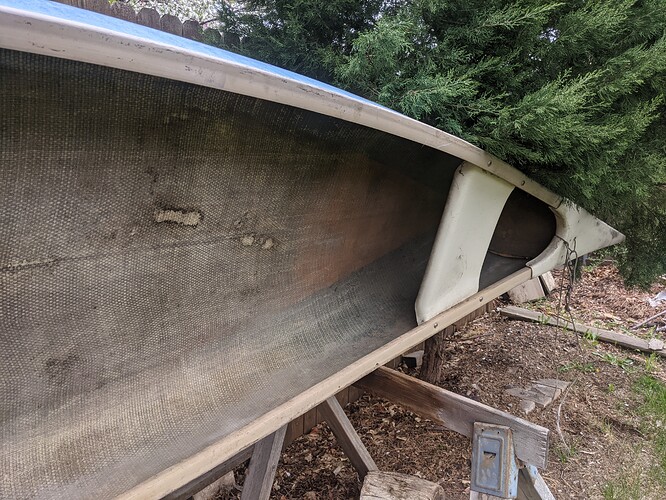 I have a very similar boat, a Carleton from around 1975. Exact same seats and gunwales

The gunwales get dried out and crack. Mine first did so where the seat bolts mount up. I used some aluminum angle to reinforce the seat mounts and it seems to be doing well.

The other major issue was the floatation foam in each end. It was wet and rotting. I drilled out the rivets on the end caps, cleaned it out and poured new foam last year. It was a bit of a project, but not terrible.

It’s heavy, but it is crazy stable and has been a great family boat

It is old so you need to inspect the hull carefully for failing fiberglass.
The first thing I would do is add three ash thwarts to the hull. It will make the old hull much stronger especially if you swamp it some time. It also gives you points of attachment for your gear.

You can try various products to the hull to improve the looks. I would probably just paint. it.

I was given a royalex 16-footer with the same color scheme. White plastic on light blue royalex. The OP’s boat is glass, so somewhat different, but my guess is the hull is solid.

But Mike above is right, the gunwales were brittle and cracked in several spots, which I fixed, only to have them crack again. I didn’t want to replace the gunwales, so I got rid of the boat. Turns out, the OT boats with white gunwales had a reputation for cracking gunwales.

I think the boat is worth the rehab, if you don’t mind replacing the gunwales.

The boat is very stable, has little rocker, has a flat bottom and paddles easily and predictably. It’s great for use in shallow areas because it floats higher than most boats due to the shape of the bottom.

Three thwarts? What? There won’t be any room left to sit.

Mine is 16.5’ with the exact same seats. One thwart in the middle that I use to solo carry. It’s plenty

According to the photos in the Old Town catalogs from the 70’s, there should be a yoke in the center and a thwart about 30" (guesstimate) in front of the back seat. I would think that were there originally, so there should be bolt holes to go by

I wonder if that is for a different model as there are only bolts in the gunwales for the center thwart in the OP’s pictures, which matches my OT.

With those seats mounted directly to the gunwales, there is no need for a thwart near them. They are very ridgid

You are probably right with those high mounter plastic seats, it probably does not need the rear thwart. The catalog photos I saw showed the web seats. Those plastic seats are the first thing I 86 when I re- do one though.

Thanks all for the info and thoughts!

How can you tell mine is glass vs royalex?

New to this so forgive my ignorance.

Gunwales are actually pretty decent if I remember correctly. The imperfections you can see are more dirt than anything.

Glass. Rpyalex is basically plastic with a foam core

The photo shows the inside of the boat has a fabric-like appearance. Royalex is ABS plastic sandwiched between layers of vinyl. The vinyl is a uniform sheet, may be almost any color, but is the same color throughout. Since the inside of the hull has a checkered appearance, it must be fabric, likely fiberglass cloth.