OT ... Where were you during Woodstock?

A defining moment in history that most people alive then will remember what they were doing,

I was working for the Dept. of Defense in the US and couldn’t get away if I wanted to and at 25yo I was probably near the upper age limit.
Remember we had moon landings and a war going on.

Surfing in southern California for the summer. I came out from the East Coast and considered going back for the Festival but was having too much fun.

Grateful Dead concerts 3 nights in a row became a normal way to spend time soon after that. On the Golden Road to Unlimited Devotion for 50 years.

I am feeling the 70s vibe out there. Peace my Brothers.

I was 19 that summer, a college frosh and a full-on hippie chick. I bought a ticket to Woodstock (at $20 it was quite an expense for me living on $150 a month from my work-study job and living in a shared apartment and getting around on my bike.) Some friends were planning to drive up but as the dates approached there were rumors it might not come together, then it turned out the guy who owned the Ford van we were going to drive to NY from Pittsburgh had to work the Thursday evening before the concert started so we could not leave until Friday morning, Then the Tuesday before that my parents announced they were driving to Michigan to visit the grandparents and cousins my age and to hit the Lake Michigan beaches. So I shrugged and opted for the sure thing , sold my ticket to another friend and packed into the family station wagon to head west.

Then I recall watching the news coverage of the concert from the TV at my aunt and uncle’s house and being bummed I was not there. But by the time I got back to Pittsburgh the next week I found out that the crew I would have been driving with got stuck in that massive traffic gridlock on the New York Thruway, then got lost on back roads and other gridlocks, spent Friday night camped in a cornfield, Saturday back creeping through traffic before abandoning the truck and trying to walk to the site. Slept again along the side of the road, got rained on and showed up early Sunday when the show was winding down and it was all a muddy mess.

So it would have been cool to say now that I was there, but in retrospect it would have been a rather exhausting adventure with not a lot of reward. Though I would have liked to have heard Hendrix’s Sunday morning solo rendition of “The Star Spangle Banner” live, a recording that still sends chills up my spine and is the only true version *for me) of the National Anthem.

FOOTNOTE: In 2009 a friend and I arranged a 40th anniversary Woodstock party in her large semi wooded back yard and screen porch. Scoured thrift shops and party stores for “hippie” theme decor, provided music of the era from bands present at the concert, outdoor lounge areas with cushions and blankets, asked all our friends to dress in appropriate garb, bring food and musical instruments and get groovy. People didn’t really get “far out” with “peace and love” until it got dark and we turned on the strobing psychedelic light machine I had found (good old Spencer’s Gifts) – nothing like tumbling multi-colored lights in partial darkness to get people to shed their dancing inhibitions.

I was four so… This group is one of the last places where I can feel young! Lol

Delivering pizzas in Detroit for Durante’s Pizza (111 West Warren Ave) and crashing in Bob McKenzie’s flea bag apartment. Why I remember that address is a mystery considering the rest of my memory.

Just before school was to start at MSU we quit the job & with two others headed west to Colorado in Bob’s '61 Falcon. Picked up two hitchhikers around Chicago & dropped them off in Nebraska when we headed south. We found ourselves near Boulder & found that there was a concert in the stadium that evening. I think that I remember Albert King playing his guitar behind his back while climbing the light tower but it’s been a while. Memories of that time & trip are a bit hazy and not entirely due the the passage of time.

I was about 7 years old, and didn’t care about anything but the moon landing.

Stuck in a traffic jam trying to get to Woodstock.

Heard about Woodstock while camping out during the Newport folk festival shortly ( a week?) before the NY event. (We were told about it by a guy who was walking down the middle of the creek by which we were camping. He had a practiced hand at rolling a derby hat down his arm and was inquiring about Rhode Island’s “laws of internal possession”. We weren’t, at first, entirely convinced that there even was such an upcoming concert - but later confirmed it was for real.) I, and a couple friends, had taken off work to get to Newport. So we couldn’t get Friday off again so soon to go to Woodstock - we’ll just miss the first evening, we thought. By Saturday morning the traffic was bad, by afternoon it was essentially stopped, at least where we were. Never been stuck in traffic with a more agreeable bunch of folks wandering around between cars, though.

I was there. Left my summer job in NJ as a hospital orderly and drove up to visit friends in Vermont on Monday. Drove to the festival in my 64 VW Bug a day early. Got within a couple of miles and parked on the side of the road and walked in. Had an outrageous time but the details are fuzzy after so long.

Haven’t been right since. Probably why I ended up a kayaker.

The end of my second year of college also marked the expiration of my II-S draft deferment. I was waiting to see what my number would be in the December lottery and needed money. I found work running a freight elevator at Frederick & Nelsons.

There was only one guy I knew who was going to Woodstock and he wasn’t someone I was interested in driving across the country with in my unreliable Fiat. Besides, I have always been a loyal employee and didn’t want to give up such fine and rewarding work. 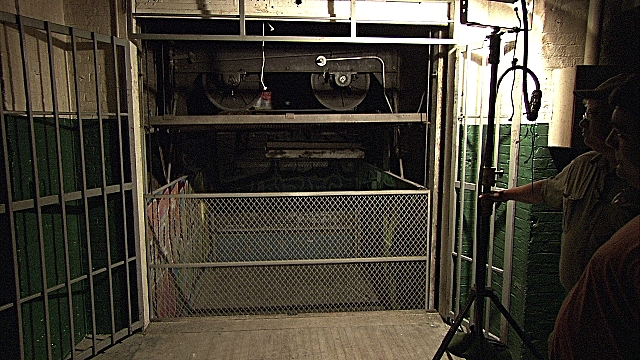 Fast forward to the December 1 lottery and my number was 166. Not the worst number, I thought, but my draft notice arrived almost immediately. When I flunked my physical I was completely surprised. Finding myself unfit for military service wasn’t something that I had mentally prepared myself for so I bought a plane ticket to Hawaii and with $164 in my pocket went surfing.

I lived on Big Macs (~.50), Fish Cake (~.25) and guavas that scrounged. If I was feeling like treating myself I might buy a pineapple or a can of "Pearl Harbor Guava Nectar. I slept where people would have me and when that didn’t work the floor of the restrooms in parks was acceptable. I came home when I had only enough money to buy a couple of beers on the plane. 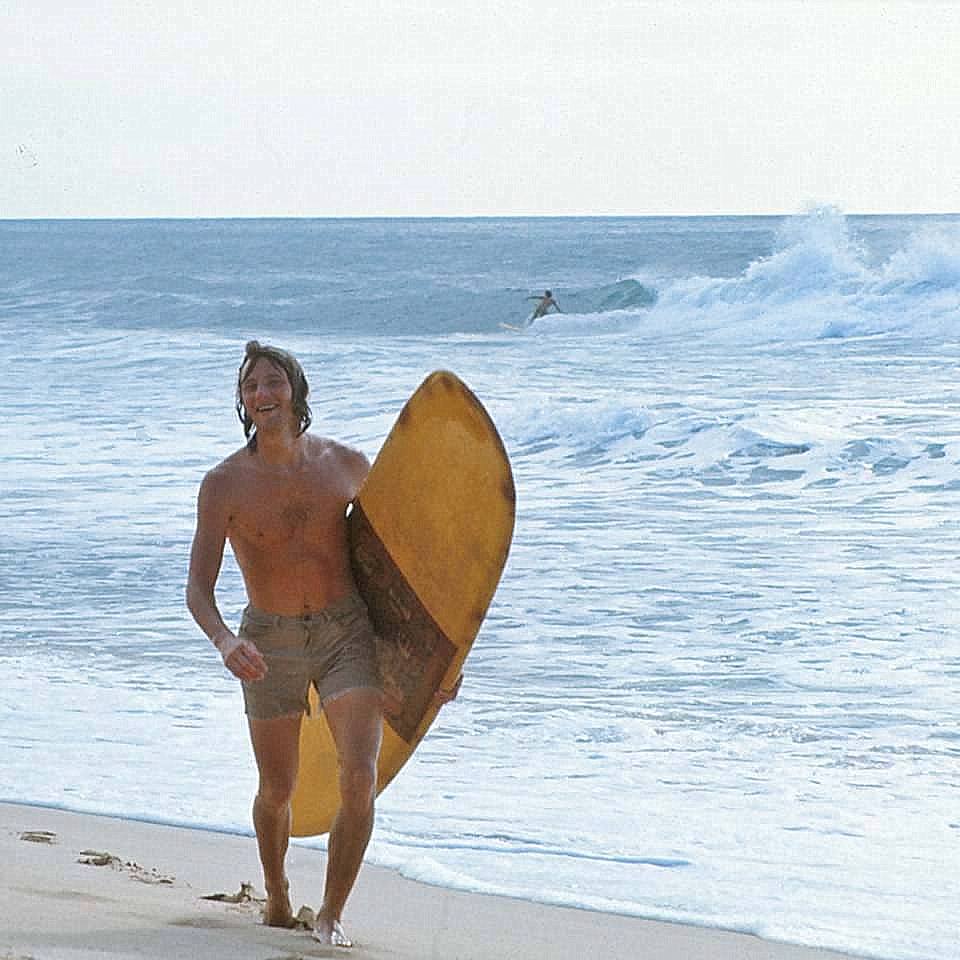 When the movie Woodstock came out a year later, or whenever that was, I saw the one guy who I had decided that I didn’t want to travel across the country with in the ticket line. He was on acid and told me he hadn’t gone a single day since Woodstock without being high.

I regret to say I was otherwise occupied; about 10,000 miles away, in Viet Nam. Likely not as stoned, or having near as much fun as those who attended.

In the final analysis; “it don’t matter”!

I had several friends that were going . One decided to not go so they needed someone to fill the space in the car. I was in…until 2 days before departure. The guy changed his mind and was going so I was out.

Afterword They told me that after taking a swig from a bottle of wine being passed…that I probably saw more of the music than they did by watching the movie. The wine was more than just wine I guess.

Mowing runway lights at Indianapolis Airport. It was a summer job.

I was negative 4 months, so I wasn’t doing a whole lot.

I was 15 and my buddy Tom and I had our electric guitars outside and rocked our brains out.
Even got an electrocution trip out of the deal. Playing old ungrounded amps in the grass.

Starting college that year and just a bit too young in many ways to get there. Too bad because I was only 100 miles away and north. I probably could have dodged the worst of the traffic jams w some planning…

On the remains of - Cassidy and Kaukonen have been touring together. I saw them last fall maybe winter. Unfortunately the virus restrictions may mean I caught their last time out. Live venues around here are saying maybe March, we are all getting older.

The crowd proved that perhaps aging hippies are now aged enough that they can’t handle drinking. The weed that had obviously been smoked before they came in the doors did not create problems. But the hall had to kick out two nasty drunks.