Is this paddle in place order a nation wide order all across the nation or do u need to ask local law enforcement for state by state stipulations…and what is paddle in place exactly anyway .is it just be still in one place on water or can u still actually paddle up and down river and just keep a social distancing of a 15 ft radius all round yourself

American paddling association is not a governing agency so it is national and non existent all at once! They have no legislative authority.

So there really is no such of an order

No, just an April Fool’s joke.

We had a “news” report on a local t.v. station describing how our Mackinac Bridge was going to be re-engineered so it would spin from St. Ignace, MI over to MackInac Island so people could drive to the island, then spin back. The Mackinac Bridge Authority, Coast Guard, and the commercial ferry boat lines were part of the video. They did a great job acting their parts until the very end, when they announced April Fool and burst into laughter.

It was funny, especially so because vehicles are prohibited on the island. You either walk, bike, ride a horse, or go by horse drawn carriage.

Paddle in Place means you pick a place and Go Paddle!

Each state seems to be different. Ex: Hearing from friends in FL that they are being kept off the water or told to get off the water. MS and LA consider paddling to be individual exercise (at least for the moment) but due to other physical site limitations, finding a launch/take out may be a challenge. Luckily most boat launches are still open though beaches are not (thanks to partiers who ignored social distancing).

I love this definition.
My only problem is that most water in Arizona is a state or federal park and some of those are closed with the sheriff ticketing people who cross the gate.

Here in South Carolina all public boat ramps, launches, docks and their associated parking areas are all closed unless you possess a commercial fishing permit. But, private ones are still open, so my wife and I can still get out into our local salt marsh and tidal estuary from our gated community’s facilities.

It makes no sense to stop people from kayaking, They are closing down launch sites which is ridiculous. BUT I guess they can do that. As far as being on the water and someone tells me to get off they will get a middle finger from me. There is no such “law” A governor or mayor cant make laws. If it happens to me and they take me into custody I will sue the crap out of them. The constitution doesn’t say VOID of virus is out.This is getting NUTS with governors thinking they have that kind of unchecked power.

It makes no sens

Enough said right there. Nothing about the responses makes sense. You are right in saying that the governors can’t make laws, but there is an except. If martial law was declared in your state it transfers tons of power to the executive office… specifics may be state by state. Martial law or not though, you are right about it not being legal. The constitutional rights that have been violated are guaranteed and above any rights or authority of government. They can not be taken away from you without you being convicted in court for a crime punishable by loss of rights. Your inalienable rights are beyond any legal reach of the government.

True BUT as far as I know Martial law has NOT been done in ANY state. MI Governor needs to be removed for her illegal actions.

A few thousand people drove to Lansing today and surrounded the State Capitol Building honking their car horns, demanding some of her draconian wackadoodle decisions be reversed. Traffic gridlock and angry citizens. No citations were issued by law enforcement and a group of sheriffs up here are questioning the legality of some of the orders as their oath of office is to uphold the U. S. Constitution.

I just hope that after today she doesn’t have a temper tantrum and come down hard on the citizens out of spite. That won’t go over well.

Glad to see people out your way resisting Rookie. This whole mess is completely unconstitutional. Not a little, but massive. Like near complete suspension of constitutional rights.

While I agree with individual protective measures such as physical distance, hand washing, and wearing a mask when shopping, some of her prohibitions are completely irrational.

Michigan residents are allowed to have an abortion and buy as much booze, tobacco/vaping products, pot, and lottery tickets as they wish, but not this: 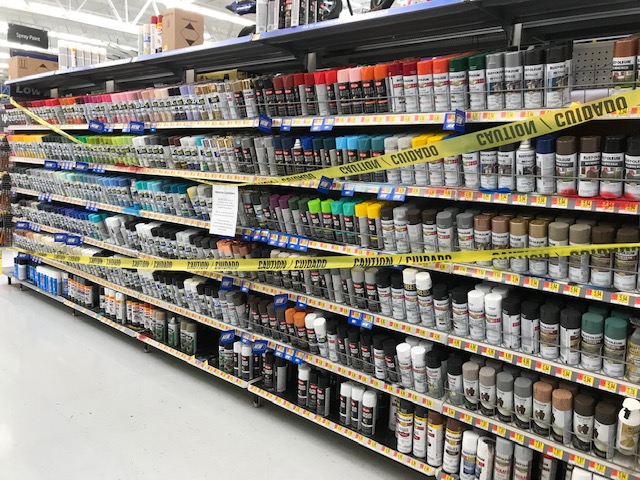 Exactly. Forget even if something should be done.
Forget the unconstitutional nature of what they are doing.
None of this makes sense. Abortion open, church closed, Massage parlors and Federally illegal pot shops open, but you close gun stores, kick you out of your good paying job and tell you to take a minimum wage job exposed to thousands of strangers, can’t go to the beach with the fresh air instead of being confined with stagnant air . The only thing that ties the decisions together in anyway that makes sense is it was based on controlling people.

The reason that launch ramps were closed on the South Carolina coast was that many boaters (but I don’t think many kayakers) were taking their boats to the river sandbars that are exposed at low tide, beaching them and then partying. I mean some of these guys take a ton of booze and even musical instruments and portable amplifiers, and BBQs out there. And they were certainly congregating en masse.

So, this State has now opened its boat ramps but boaters must keep moving and not ramp up or beach on sandbars. It makes sense to me.

I’m not getting into any political discussions on this paddling forum.