Paddling in the White Mountains

When I started paddling, I often heard people talk about paddling in the White Mountains in NH on rivers like the Saco, Pemigewasset and Ammonoosuc. Unfortunately, it’s a long drive for me and those rivers can be tough to catch. I have done a few sections of the Pemi and the Saco, but never the Ammonoosuc. That changed yesterday with a trip on the Ammonoosuc from Twin Mountain to Pierce Bridge.

I have been paddling with the NHAMC on a series of class III step-up trips aimed at class II paddlers. For me it seemed like a great opportunity to kill two birds with one stone – ease back into some more challenging whitewater and paddle some rivers up in NH that I don’t get on very often. A couple of inches of rain on Friday brough the Ammonoosuc up to a nice level.

The day was sunny with temperatures in the mid-30’s. The river starts of as Class I/II but then increases in difficulty to class II+/easy III. The scenery was amazing. I also got a great view of Mount Washington covered in a fresh layer of snow on the way home - should have snapped a picture. 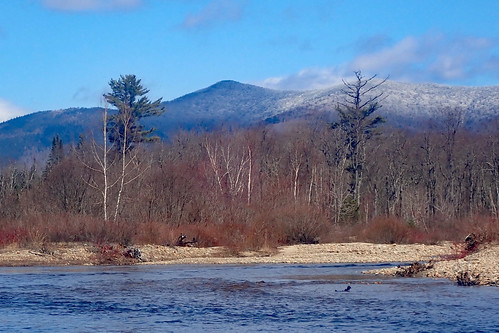 so I’ve got three states in New England that I haven’t paddled in: New Hampshire, Rhode Island and Vermont, I would like to catch the Deerfield in Mass as well. The NH and VT ww rivers look pretty seasonal. When that stuff is running there is water in streams further south, closer to home, where the water might be just a little bit warmer. That makes it kind of a hard sell to come up from WV but one of these days…or I can do some flatter less seasonal stuff later in the year.

so I’ve got three states in New England that I haven’t paddled in: New Hampshire, Rhode Island and Vermont, I would like to catch the Deerfield in Mass as well. T

tdaniel - let me know when you are thinking of coming up and we can get together. There are a couple of nice flatwater rivers in RI. Deerfield is dam release, so that runs all the time. Catching whitwater in NH and VT could be tougher. The West in VT has a dam release in September - that is a fun river. We can find something in NH.

I went back up to NH yesterday for another trip in the Whites – this time the Pemigewasset River (also known as the “Pemi”) in Woodstock, NH. This section is mostly class II with the two most difficult rapids at the beginning and at the end. Right at the put-in is a 2-foot drop that is run in the center. After that, the river is mostly quiclkwater with couple of easy class II rapids – Woodstock Squeeze, Gravel Pit, Powerline. The biggest rapid is Ledges at the end - class II+/III depending on water level. We all did a couple of laps at Ledges. 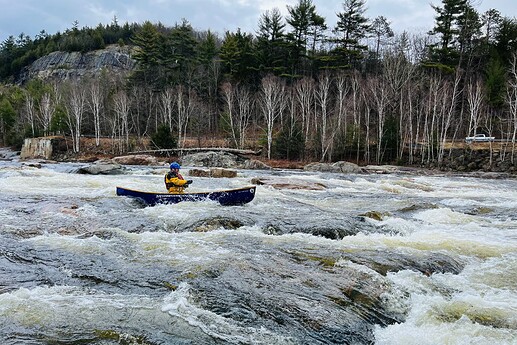