An article about mirages off the shore.
I might just lose my mind if I ever saw one as vivid as the photos in the story!

Here in Ludington, MI, we will see the traffic lights and building lights of the Wisconsin shore during these inversions every few years. It’s quite surprising when it happens.

I have not seen such mirages on the sea, but have (on 2 occasions) seen the Fata Morgana from our local ski area - quite bizarre to see such illusions where they never were before.

I don’t think that’s it. Next, somebody will say boats can’t get up on plane if they go fast enough. I was there, I saw it. All I could say was Dang, what the . . . 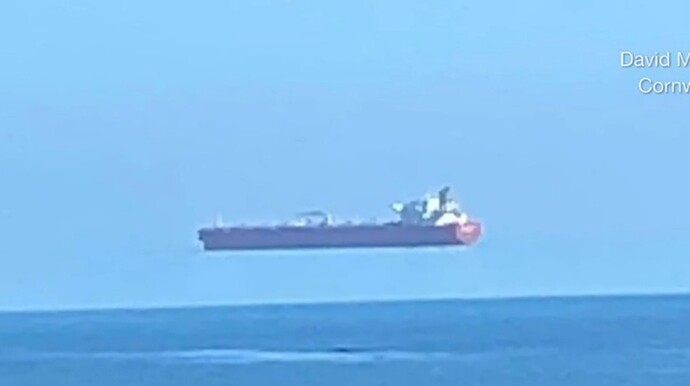 I’ve seen mirages with ships looking inverted off the coast of Baja a few times. I’ve also seen the elusive green flash twice in Lajolla, I think both times there was a mirage effect making the flash larger . Both times were at almost the exact same spot on the water and the same time of year, near the winter solstice. There seems to be something about the atmospheric conditions around San Diego as many people I know also have seen a green flash, some have some videos of them, or it maybe that we spend too much time at the beach or surfing at sunset.