I paddle a cedar strip canoe, so I prefer flat water paddling on lakes. I prefer smaller lakes (under 150 surface acres) but am open to larger lakes that have irregular shorelines for both scenery and wind/wake protection. Question: what lakes would you recommend within a 2 hour distance from Chattanooga, TN?

I mainly paddled rivers when I lived in Tennessee so my experience with lakes in east Tennessee is limited. But most lakes in that immediate area are impoundments of the Tennessee River system that had little appeal to me. The impoundments of the Little Tennessee River in North Carolina are a bit better. Of those, Lake Calderwood is the one I heard the most positive comments about. It is just within 2 hours of Chattanooga, TN.

I lived on Tim’s Ford Lake, about an hour and a half from Chattanooga. It is an impoundment of the Elk River. I spent many hours paddling it and it is OK. It is described as “riverine”. The main open areas of the lake have considerable motor traffic but there are many little coves that might be of interest to you.

Calderwood is beautiful! Getting there , not so much. 2 lane mountain roads. Cheoah and Fontana are right there also.
Fontana is beautiful on the Western end where the north shore is in the GSM National Park.

Parksville lake/Ocoee River area. Beautiful trails. Mountainous area. Closer to town I would recommend Lookout Creek up to Reflection Riding. It’s right at the base of Lookout Mountain.

There’s also a very active paddle group locally. You might want to check them out if you’re feeling social. 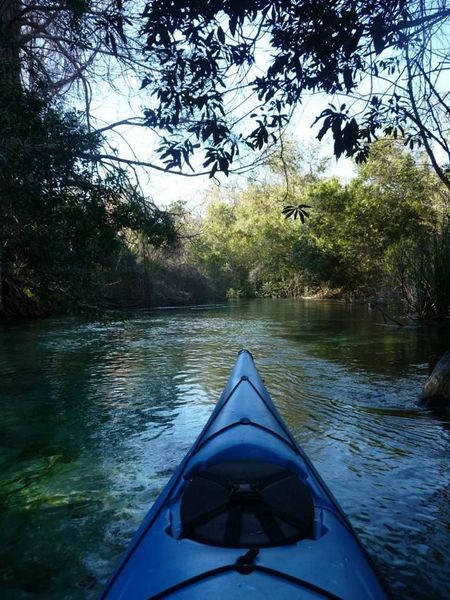 Are you a paddler who would like to explore Chattanooga's scenic waterways with others? Interested in improving your fitness by getting out in a kayak, canoe or surfski?Chattanooga and the surrounding

Otherwise,
I wrote an destination overview which includes some other information you may find useful. The meteoric rise in popularity of the Chattajack race has earmarked the last week of October as one of the most significant domestic marathon paddling race dates on the calendar each year. Throngs of competitors migrate to Chattanooga, Tennessee...