paddling was better in the 80s

I’ll add a couple more items, even though I barely remember the 80s (due to infancy).
Add your own!

Cons of the 80s:
1.Carbon fiber not available (widely). Carbon paddles and boats are the bomb
2.Tracking apps not invented. I like knowing how far and fast I paddled
3.Google maps not invented. I’ve found many cool spots and put ins from looking at satellite images
4. Many more entry level boats available now

I had less free time and money and a houseful of small children.
I built a Folbot Super from a kit and that was it for the 80s.
Also got laid off and started a new career.

In the 80’s I was busy building and racing sailboats and SCUBA diving. All I knew about paddling is they made us paddle a canoe in scout camp. One iffy day around 1999 me and a friend went down to the local outfitters to sit by the water and kill some time besides there was a bar next door. While we were there a group of kayaks landed at the take out. I expected to see near Navy SEAL types get out… they were anything but and I thought well just maybe I can do this…

In 1984 I paddled a kayak for the first time, launching from the beach in Tofino BC and heading to the Hot Springs. We were out about 5 days. We caught bottom fish at will and ate grandly. The bows of our kayaks were filled with cans of franks and beans. I had never heard the term ‘brace’, and my 2 companions just said, if you capsize you die. We never made it to the Hot Spring because we were caught in a gale (no weather report) and landed on an island some miles from our camp and tent. We were rescued by a passing native power boat. It rained every day and we were never dry. A great time was had by all and I was hooked on sea kayaking.

Tofino was a small quiet town at the time. Now it is filled with whale watching companies and tourist buses.

I was some 30 years younger in the 1980s. Everything was better.

@pblanc said:
I was some 30 years younger in the 1980s. Everything was better.

I think that one thing about the late 70s and early 80s is that it was a peak time for a whole bunch of very creative and passionate designers and entrepreneurs to experiment and produce a ton of cool boats. Folks like Dave Curtis and Phil Sigglekow and Tom MacKenzie and Dave Yost and Mike Galt and many others. Their boats still are works of art and many are fine paddling boats that still stand up well. Overall I think it was a peak time for canoe passion.

But MC I’m going to argue with you for fun. I think that in general the equipment was better back then in terms of “sport canoes”. Check the hemlock canoe site and look at the old Curtis catalog from the 80s. A Kevlar Nomad is 35 pounds with wood trim, lighter than my carbon Bell Merlin II. I know someone with a 22 pound lightweight Curtis Lady Bug. Some of the older canoes were narrower and intended for kneeling whereas many new solos are designed to be more stable and safe so they may give up a bit of “hotness” or character.

The shot of my Blackhawk Shadow 15.8 shows the molded flotation tanks which required unique tooling for every canoe model. It has mahogany outwales…um, unlike anything on the market today. The thwarts and carry handles are hand-fitted and I have not seen this on any other composite canoe ever. The seat is made in-house and the wood matches the rest of the trim unlike pretty much every new $4000 canoe. Oh, and Shadows were the “value” line for Blackhawk. 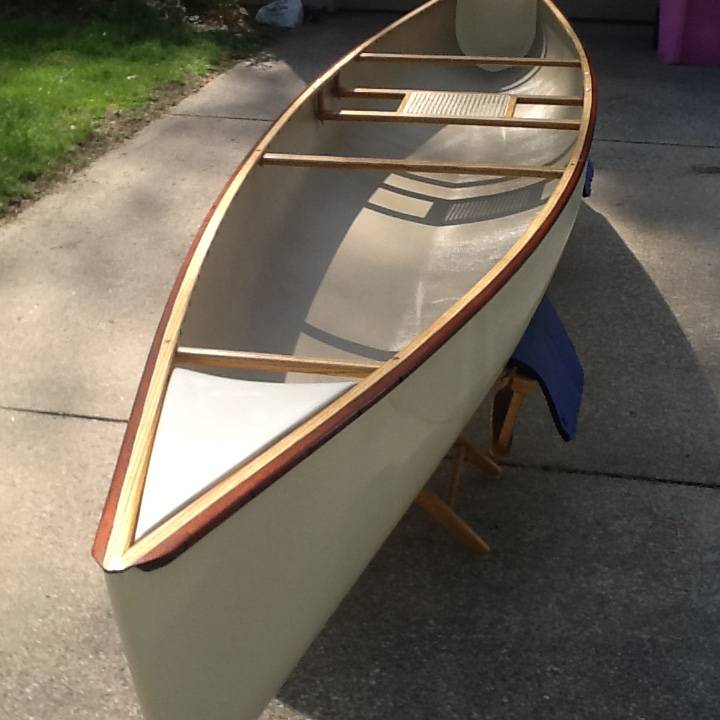 720×720 50.1 KB
Regarding canoe paddles the fuzzy pic below shows a Moore Cue on the right (even more rare with the smaller of the 2 blade sizes offered). In my view it’s a better freestyle paddle than anything you can buy today. In the middle is a Black Bart Troublemaker, my favorite paddle and also no longer made. Far left is a mini-beavertail offered by Zaveral for a short time but no longer available. All three of these paddles paddle better in the water than anything I can go buy today unless perhaps I seek out some custom builders and give them one of my paddles to copy! 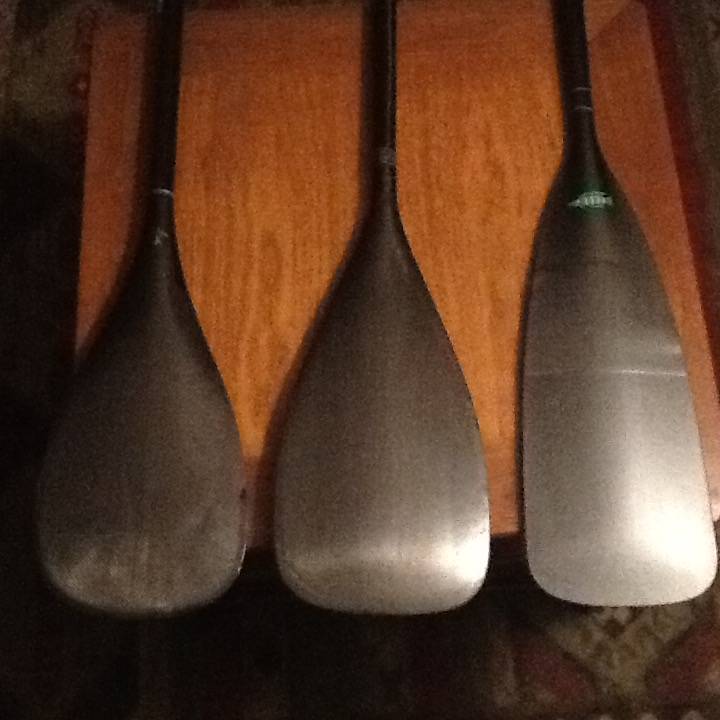 Tom L watch for burgelers… that would be me… You are flaunting eye candy… I think you are spot on regarding the evolution of solo craft. Not only are paddlers getting bigger they are less interested in instruction. I get to meet David Yost from time to time and we have very interesting conversations about the change in canoes because of the change in paddlers.
MC there is nothing wrong with your observations, but remember paddling does not depend on apps and tracking devices.
TomL do you have your will written yet?

The 80s had the worst music of any decade in history, and without good music everything else suffers too. Down with the 80s. :# Plus, I didn’t start kayaking until the 90s.

Sex was better too

Don’t know about that but my hair was definitely longer.

Only if you listened to the oldie stations.

I still listen to oldies stations - for anything pre 90s.

Music, sex and hair in the 80’s. Judge for yourself lol

I thought paddling was way better in the mid 50’s. My eyes were still good, I could hear, and I didn’t need a nap every afternoon. And we didn’t need permits in the Boundary Waters and never saw other people after the first day.

We still have places where you will almost never see another boat of any kind.
If you don’t mind deer flies, horse flies, mosquitos , snakes and the occasional gator.

@rsevenic said:
I thought paddling was way better in the mid 50’s. My eyes were still good, I could hear, and I didn’t need a nap every afternoon. And we didn’t need permits in the Boundary Waters and never saw other people after the first day.

You are very well preserved! And that gives me hope.