Paris wants to be the spokesdog for Slush Puppy 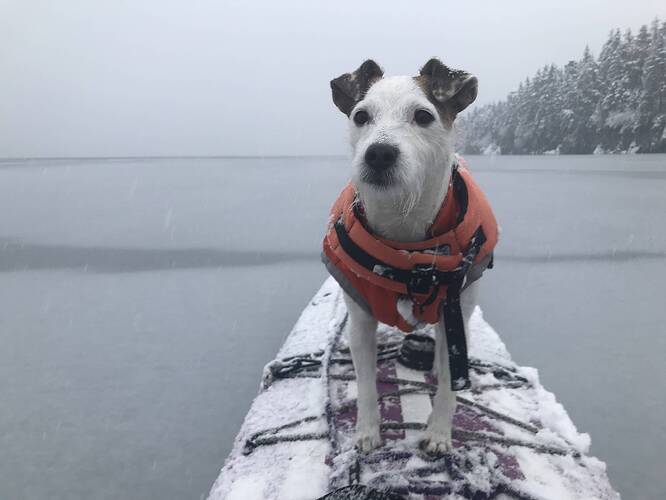 Looks like she’s thinking about a trip to Florida…

I’d buy most anything Paris told me to buy.

Or “Where is my Mr. Mistee Fjiords?”

If it wasn’t for seeing a video or two, I’d think you just paddle around with a stuffed dog on your deck. Sort of like the gnome that travels around the world and gets pictures taken in famous places.

The tundra terrier
and Captain Scarier
part through bergs and fresh slushy ice,
a bow-wow-bowsprit
taking pause can not sit
when she’s role model for when rolls are vice.
(one sweet hot dog who chills cuz it’s nice)

She really fishes too – Chuck posted a clip last year of Paris snagging a salmon!

Yeah… I can attest, anything that moves… Paris is “interested.” Thankfully, as small as I am, I much bigger than she is. LOL!

It’s a good thing dogs are generally our friends. Reina had “fangs” that any wolf would have been proud of. The only animal she ever chomped was a squirrel.

Jack Russell terriers are super determined to get any small prey. My neighbors years ago had a pool with a raised deck around it that was blocked off by cedar trellis so their JRT could not get into the space below . Whenever they were outdoors, the dog would obsessively circle the deck tracking the mice and chipmunks that lived under it. She was clearly so frustrated that they finally cut an opening for her. After that she would disappear under the deck the whole time they were outside, dashing back and forth trying to catch the critters – she did snag a chippie once but otherwise it was just a vigorous workout. The set-up actually worked out quite well since the dog got plenty of exercise under there, circling the pool, and she was safe and not apt to dash into the nearby street. She could also do the routine in the winter since the deck kept snow from building up underneath.

Reina’s partner Lilly is part JR and Bishon. She finishes off squirrels with extreme prejudice if the population gets out of control and I shoot them out of a tree.

Our vote goes to Paris for slush puppy spokesdog. Note the pads, fuzzy dog bed and blanket required on a sunny day to keep the coonhound from shivering today.

She caught a squirrel once but just sniffed it’s butt and goosed it. 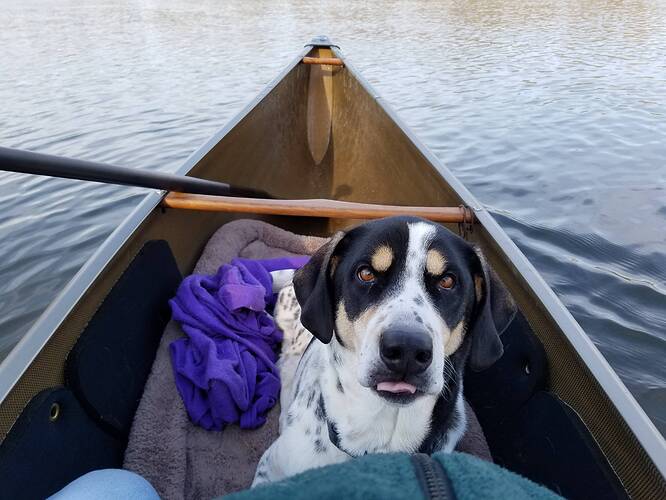 Some drooly hounds
get icy cheeks,
to spike the punch
when barks they speak: 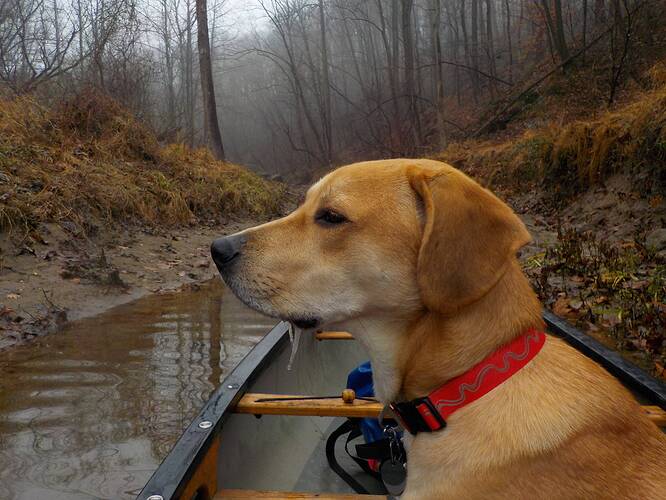 I laughed twice with this one:
https://youtu.be/EZJir07WWig

Sorry, no ice or snow involved. Going to have enough to go around soon.