A scalawag absconded with Paris. Luckily he was apprehended and Paris is safe 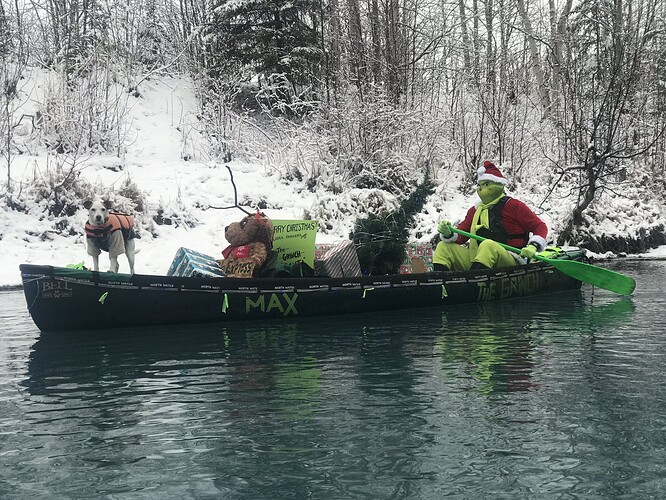 From when Harry met Sally to when Paris met Max,
Nora spun in Tsunami where whole Whoville went whacks,
and if Ephron emoted grins to grimace of Grinch,
then little Sally finds Christmas is canine canoed inna pinch.

What’s Paris wearing under her PFD?

“I’d like to say hirsute, but there appears to be a fleece job go’n on.”

Saved by the Bell?
Steal a steady as you go.
There’s a young man who ville say,
“Grinch should use a Pamlico!”

Were you on a club paddle? Really delivering presents?

I had a friend whose Boykin was stolen .That was the first thought I had. Glad it was a joke.

Paris looks completely okay with it.