We’ve all see shafts of light and shadow radiating away from the sun when it is low to the horizon. How often do we think about the fact that those radiating “rays” are not at all what they appear, and that it’s not even possible for them to be what they appear to be if you consider that the sun is not within our own atmosphere but is 93-million miles away? Years ago, someone told me that you could sometimes see those same shafts of light and shadow on the opposite horizon, and that was the first time it ever occurred to me that those “rays” are actually broad sheets of light and shadow (sheets turned on edge) coming straight at the viewer, and then continuing on in the opposite direction! Interestingly, I’ve seen some really smart, science-based people scoff at this idea, which shows just how convincing the illusion can be that the rays are actually shooting crosswise across the sky away from the sun. I looked up some info on this just now, and here’s a passage that appears in several online articles about this:

“Crepuscular rays are rays of sunlight that appear to radiate from the point in the sky where the sun is located. These rays, which stream through gaps in clouds (particularly stratocumulus) or between other objects, are columns of sunlit air separated by darker cloud-shadowed regions. Despite seeming to converge at a point, the rays are in fact near-parallel shafts of sunlight, and their apparent convergence is a perspective effect (similar, for example, to the way that parallel railway lines seem to converge at a point in the distance).”

So, when conditions are right, you actually CAN turn around and look the other way, and see those exact same shafts of light (sheets of light turned on edge) appearing to converge at a location which is exactly opposite the location of the sun. A couple weeks ago I just happened be out taking pictures when this phenomenon could clearly be seen. The setting sun in the west, surrounded by the typical rays, was slightly above the horizon, so the apparent point of convergence of these same rays in the eastern sky was just below the horizon. Pretty cool, I thought. 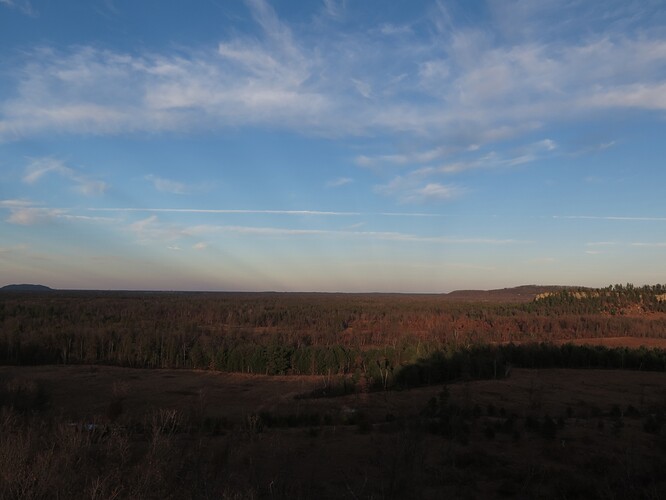 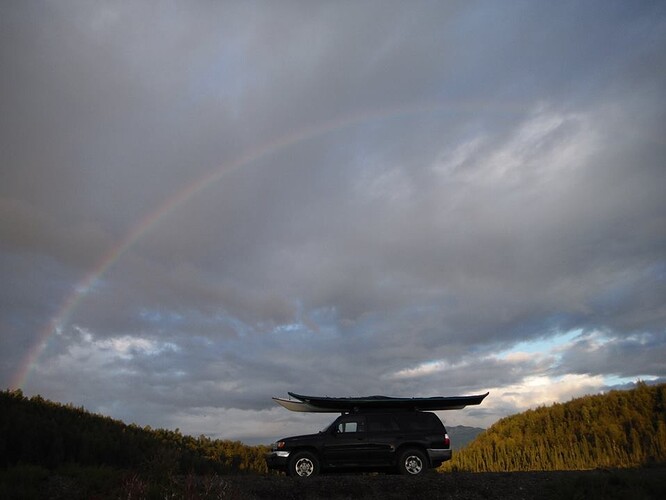 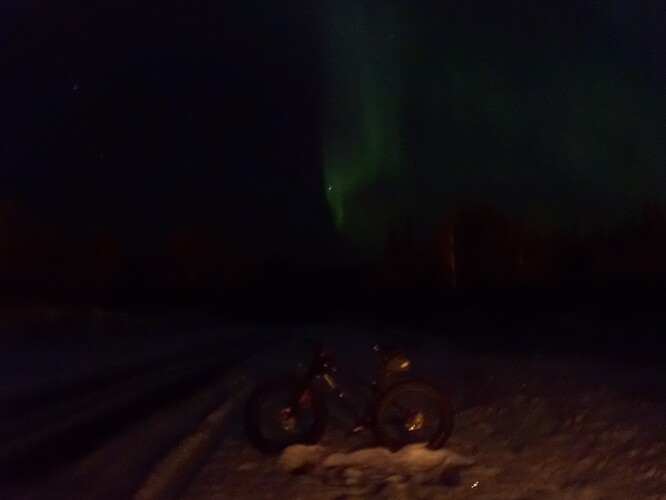 Cool picture! I’ve never looked behind myself to see the rays converge in the other direction, but I will next time. I see now why people are complaining about photo posting on the new website - the 2 posted photos above have zero to do with the original post about crepuscular rays.

I read about crepuscular rays in a Dover edition that I highly recommend: The Nature of Light and Colour in the Open Air, by M. Minnaert. It has extremely lucid descriptions of a multitude of different atmospheric phenomena. After I’d read it, I found myself recognizing effects I might not have noticed otherwise, e.g. I’ve seen ‘sun-dogs’ many times, a ‘glory’ around the shadow of an airplane I was flying in on a fog bank below, portions of the ‘parhelic circle’, and bright vertical columns flanking a setting sun (can’t remember what that one is called). It’s a great read.

PS: polarized sunglasses help immensely in seeing many atmospheric effects. For example, sun-dogs normally just look like bright spots on either side of the sun, but through polarized lenses they show up as distinct rainbow spots.

@carldelo said:
I read about crepuscular rays in a Dover edition that I highly recommend: The Nature of Light and Colour in the Open Air, by M. Minnaert. … It’s a great read.

Thanks. I will look for that book.

Seeing the rays converge on the opposite horizon is a rare thing, but I too will be looking for that more often than if I had not seen them so clearly this time.

Finally, for anyone interested in how this works, I’ve put together my understanding of this a little more since my original post. I had envisioned those rays as being something like the fletchings on an arrow, so that if the viewer were positioned on the arrow shaft he would see radiating lines whether he looked forward or backward. That’s where I came up with the idea of the rays being sheets turned on edge. In fact, I now see them as simple “beams” of light, but in exactly the same manner as I originally described, they don’t radiate away from the sun at all, but are virtually parallel to each other (perfectly parallel, as far as could be measured with any normal instrumentation), streaming overhead and to each side of the viewer. But you can only see the parts that are nearly in-line with your direction of sight (in the same way that you can see a flashlight beam in fog so much better when looking along its length than when looking at it from one side). It’s an illusion that the “beams” or “rays” are being seen from the side.