After getting tossed in the surf I found two things happened to my Atlantic RM:

I have a plastic welding kit and some success repairing plastic items (thanks, Neptune’s Rangers videos)
Should I try to weld it first, or just replace the seat?

Doubt it is worth the money to try and fix it. Then if you go some where and it breaks again and ruin your trip or day you will probably be mad.

That material appears to be kydex which is thermoformed. I would try to get a new seat.

Cracked the thermoformed seat of my Eddyline a few months ago. Several cracks where the seat connects to the slider rail. Eddyline immediately sent me a new seat gratis, but I wanted to see if I could fix it rather than take it to the recycling center. With JB-Weld, glass tape, and background support from Seadddict, got it back together again. The repair is quite sturdy.

It was a good learning experience and while I don’t need it in my kayak right now, it’s a perfect parking place for my stability ball.

I thought you’d chime in Rookie. Although she had success with JB Weld, I’m a G Flex devotee. Pull the seat, rough up both sides & prep the surface per West System’s directions. Use unthickened G Flex & glass tape to reinforce both sides of the repair. Should do the trick.

I’m still grateful for your help, Seadddict - and your patience in fielding lots of questions!

If you are the original owner then contact the manufacturer. Current Designs replaced my boat with a brand new one for an issue much less severe - and much easier to repair - than that.

If you’re not the original owner then follow the advice above!

I would go for a replacement.

If you go the fix route,. you might be able to use an angle piece of stainless steel to connect the two bolt holes there. Something like this (http://fastenersplus.s3.amazonaws.com/products/HL43PC_1_375.jpg) but in the correct size and made of stainless steel. That should give a lot more strength than the weld, but a weld could be used in addition.

Thanks, everyone. I love the depth of knowledge all of you bring. The seat’s from from my Northshore Atlantic RM, which appears to have the same outfitting as some Valley RM boats, like the Etain. I’ll reach out to Mike Nelson at Northshore about it. He’s been great in the past about advising me on other issues. He even sent me a new skeg cable housing & brass olives when I redid the bulkheads. If repair is the result then I’ll try the G-Flex approach for repair. I had no luck with G-Flex on polyethelene plastic, but I’ll see how it works on this seat.

I suggest that with either new or repaired seat that it be supported underneath, against the hull in addition to hanging from cockpit rim area. I have a 2006 Valley Q with plastic seat pan that started to fail until it was removed and a section of high density closed cell foam glued beneath.

Good point Andy. I hadn’t thought Monstor’s seat was completely free hanging. I have foam supports as you describe under all my Valley seats. Monstor - if you use G Flex on poly, be sure to follow West System’s prep directions to the letter. I’ve used it on a couple of load bearing poly applications & it’s holding strong 5 years later. I use the thickened version for some applications & the thin one is better for others. YMMV.

I think getting the right seat from the manufacturer is always a good idea. If it were my friend David, the utility contractor, he’d get out his HPDI welding kit and weld it. If it were me I’d probably get some foam and carve one.

Current Designs has a wedge of mini-cell about 3" wide centered below the seat on a taper.

I do have the closed cell foam support in place. It runs the length of the pan and is in good shape. I did email Mike Nelson at Northshore about what type of plastic it is. I’ll share what I find out,.

The fix is in.
I used my Harbor Freight plastic welder and a DIY heat(voltage) regulator to do the weld. I did not take pictures of the process, just the end result. The end result is solid, albeit a tad ugly. I also used the aluminum mesh from the kit on the underside of the crack, melting it into the base plastic before layering in/on the filler material. Then I buffed it up with a felt wheel using my Dremel. I 'll get better at these as I do more of them. I’m waiting for the Lexcel to cure before reinstalling the seat. I’ll post how it holds up at the next pool practice after I put the seat back in and add more foam support under it.

View from the top 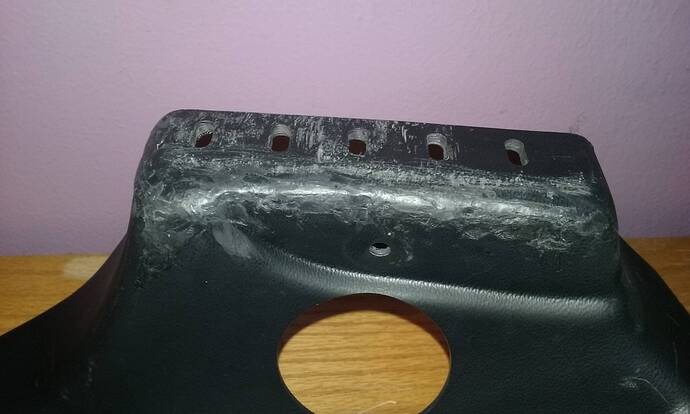 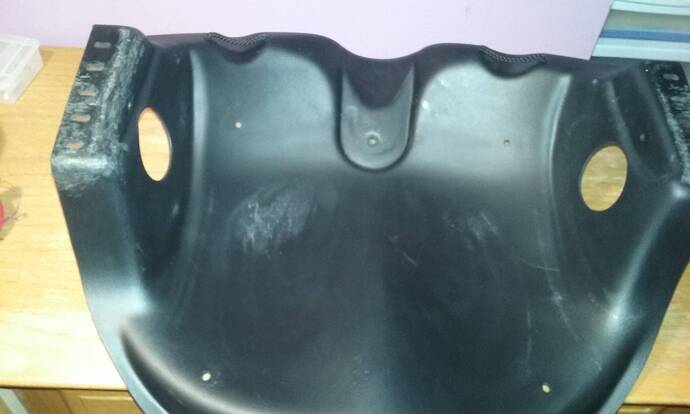 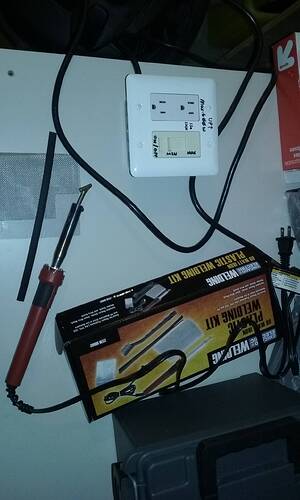 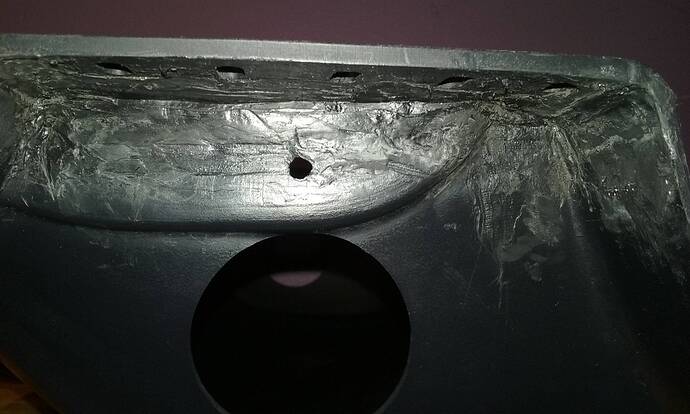 More of the underside 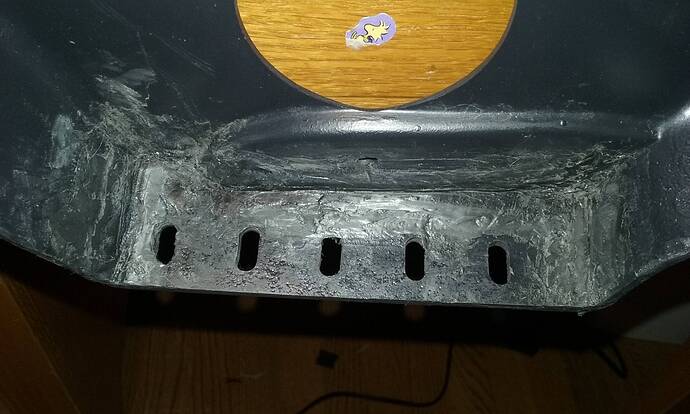 What type of plastic is the seat base of a Perception Prodigy 2 145 made of? I bought a welder from Polyvance and they included several types of plastic welding rods. I know the kayak is HDPE but the seat base seems different. I want to start playing with my welder but want to use the correct repair material.

I do all the HDPE welding at my local shop and welding alone wont hold that. If I could not or did not want to replace that I would back it with sheet material and 4 1/8 "rivets