Looking at a canoe on Craigslist and I can’t figure out what it is. It does have what i think is a distinguishing feature which is the yellow seats with two oars crossed. Seller says they think it looks like a mohawk but that there isn’t a serial plate etc. Anyone have a good guess? It is apparently a 16’ canoe and for now that is all i know. I have been researching every local canoe I find on CL by reading reviews here on paddling.com. You guys were my first thought. Thanks in advance. 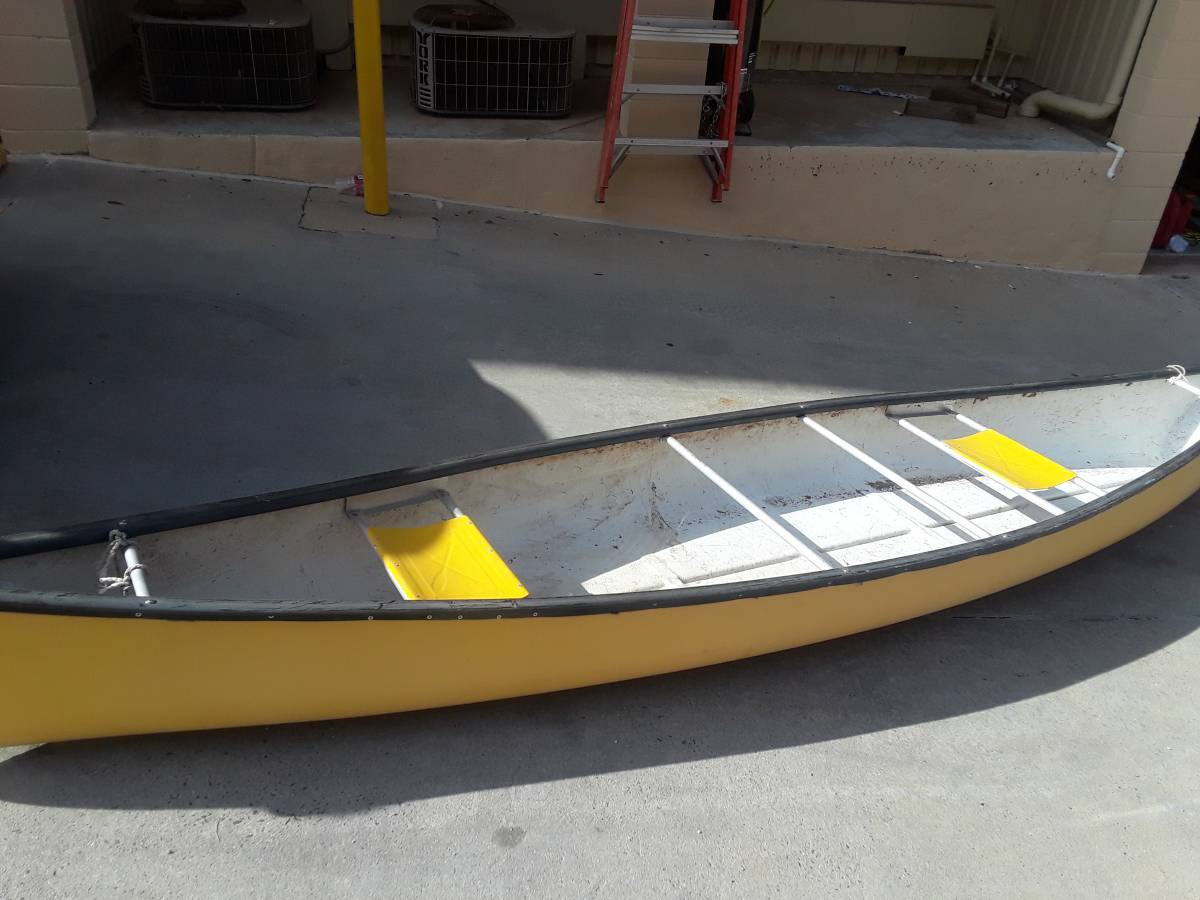 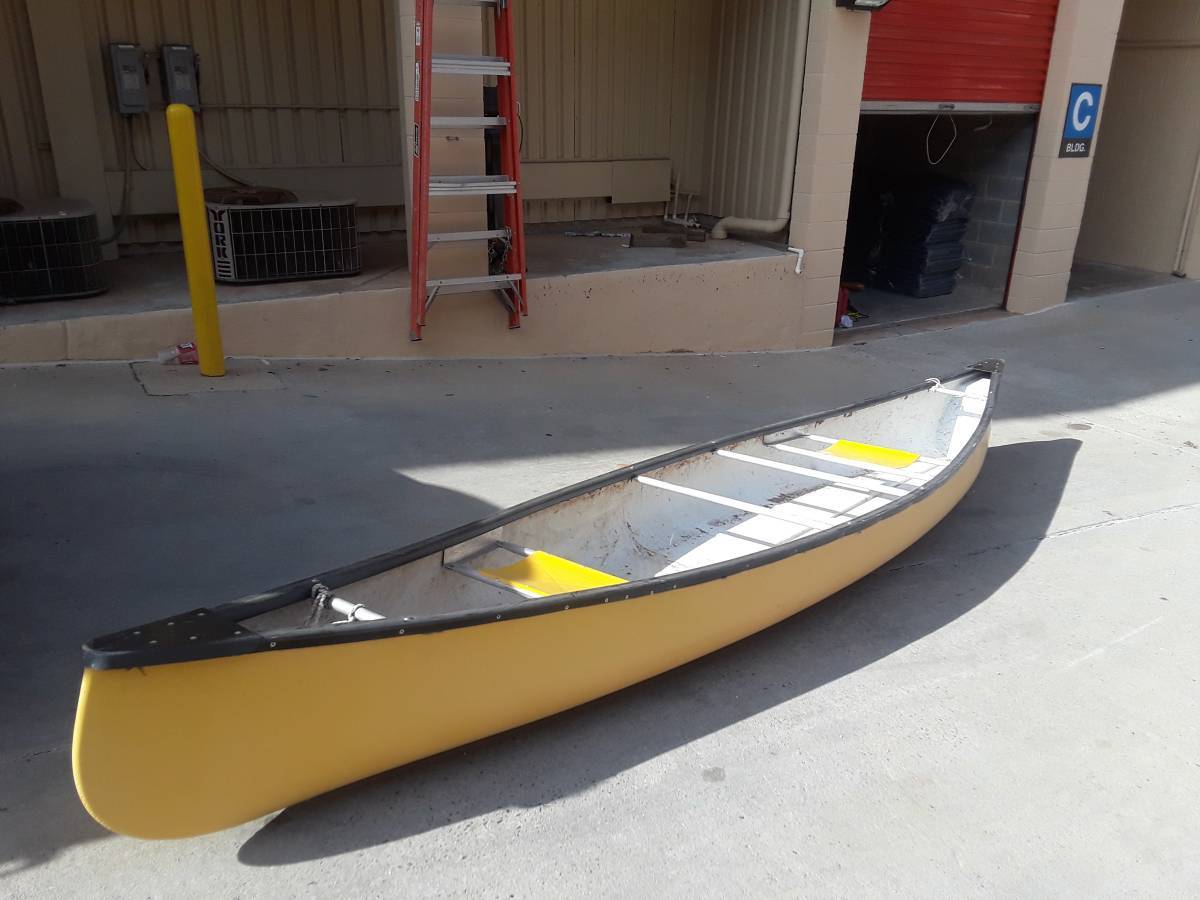 I don’t know the brand, but I’ll make a wager that knowing it won’t make a bit of difference. Plaidpaddler is our resident expert on such boats, and he’ll probably chime in if he sees this. To me, it appears to be fiberglass, based on the presence of float tanks in the stems, and the keel ridge suggests to me that it’s most likely any of a number of cheap brands (often re-badged as house brands for various outfits such as Sears), which employed a keel ridge to increase rigidity. Mohawk may have made such a boat, but I don’t know. It doesn’t look like a bad boat (based on this partial view), but I bet it’s not nearly as lightweight as a good fiberglass boat would be. It might be well worth the price if you need something serviceable. It’s surely better than any of the numerous plastic canoes out there.

Guideboatguy, I did leave out the detail that it was listed to be fiberglass, nice catch on that. I have asked for a picture of the underneath in order to see the hull shape and condition. I have not put my own eyes on it yet.

Thanks for taking the time to venture a guess.

It looks like a “chopper gun”-made fiberglass canoe. I have no idea of the maker, but there were many small manufacturers of such boats in past years, many of which are out of business now. Search the hull thoroughly for a hull identification number (HIN). If it was manufactured after November 1972 it should have one, or have had one. Look for a number embossed in the hull material all over the outside and inside, including the small space between the deck plates and the float tanks. HINs were usually placed at the stern. If you can’t find one, see if you can find a couple of small holes suggesting that an aluminum plate bearing the HIN might have been removed.

If you can find a 12 character HIN the first three letters constitute the manufacturer identification code. Enter the MIC at any of a number of websites that can be found online and it will give you the manufacturer.

Great info pblanc. I was able to read up on chopper gun vs hand-laid fiberglass after reading your response.

Makes sense that a chopper gun laid canoe would be simultaneously weaker and heavier due to the higher resin content when compared to hand-laid.

I am not looking for a touring/racing canoe, just something to let me cruise a few small lakes/ponds here in Charlotte and probably float the Catawba river. The kids did love a trip to the south fork of the new river outside of Todd, NC last summer. Barely a class I there.

Based on the responses to date I have begun to negotiate down from the $350 asking price.

Here are a few more pictures. 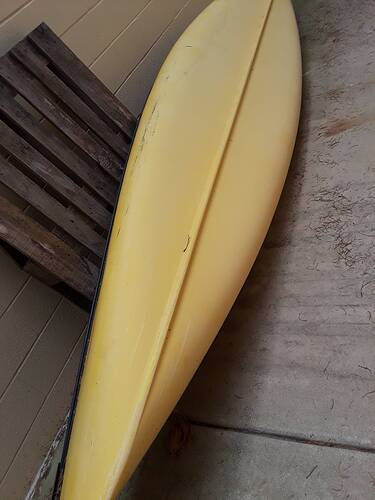 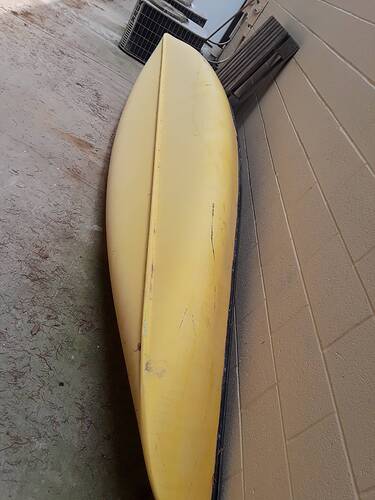 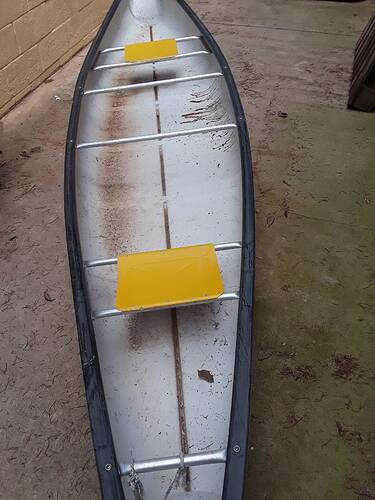 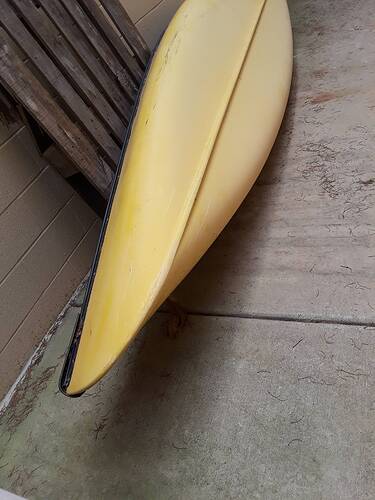 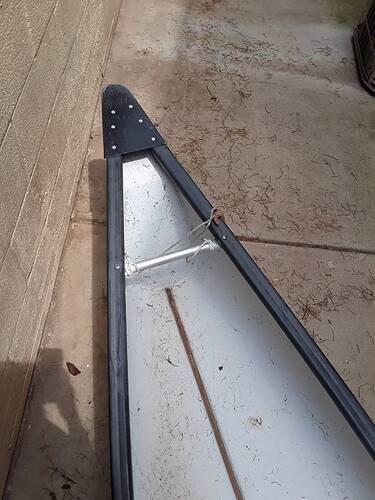 Did you find the HIN?

@kayamedic said:
Did you find the HIN?

No, I actually did not take these photos, the seller took them for me. I asked about the “stuff” inside the canoe and was told it was just dirty and it cleans up well when washed out. I haven’t scheduled to go see it yet.