Most people don’t know who James Fennimore Cooper was, but at one time he was one of the most popular authors in North America -having written the Leatherstocking Tales, Last of the Mohicans etc. Cooper however became widely criticized about writing about Native Americans without having ever seen or talked with more than a few, if any. He based everything in his books on a book he read by a Moravian missionary, who had sort a warped view of Native Americans. Cooper’s tales of the native peoples of the Northeast were pathetically inaccurate. His characters became to be derisively known as “Cooper Indians” since they had no reflection of reality.

It seems we’ve acquired five or six paddlers who have somehow become experts without really paddling. So reader beware, there is a nice crop of BS, Trolls and posers. SYOTW

Hope springs eternal… while Cooper may not have been personally well acquainted with many Native Americans, his writings inspired an Englishman named Archie Belaney to migrate to Canada, live amongst Native Americans, take the name Grey Owl, and write some pretty decent stuff. He wasn’t criticized, like Cooper, for not knowing enough Native Americans - he was criticized for not being Native American, though for quite a while he passed as one. He could reasonably be thought of as Canada’s first wildlife conservation writer/advocate. That’s something positive born from Cooper’s work, however fanciful and romanticized Cooper’s writing may have been. Who knows where “Cooper kayakers” or those who read their stuff may end up? Personally I think its probably a good idea to take everything with a grain of salt and hope that the universe will unfold exactly as it should.

I know some people that have driven automobiles for over 70 years and are horrible drivers, some others that are still quite good close to 90. I also know some people under the age of 20 that are absolutely great drivers.

I’m not sure what members the post is directed at I wish you had named them so we could watch what they write more carefully.

I’m a new to paddling but grew up on the great lakes on anything that had an engine on it. I find some of that background helps and some doesn’t when it comes to moving a boat under my own power.

I agree with PJC to just digest it all and make up your own mind as to what you want to believe. Truth has a way of floating to the top.

As long as we are on the topic of history there is no one alive today that knew the Native Americans of the wild days of America so it is all subject to historical interpretation by someone. Cooper was writing fiction much like John Wayne wasn’t accurately portraying the typical cowboy of the times. I think the average cowboy lead a much more boring life than the dime store novels lead us to believe. No one is alive to tell us if Gone with the Wind was based totally on factual representation of the time period. I’m pretty sure it was not as well. Cancel culture wants to take these works away rather than letting people interpret fiction as what it is. I will go as far as saying 100 years from now someone will want to ban the Dirty Harry movies because cops are not really like that. Or maybe just ban Eastwood all together as he never really was 100% accurate in his roles.

Well, as long as you’re assured of your limitations, I suppose. 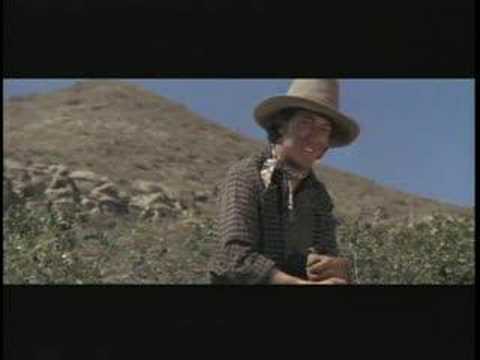 I’m not sure what members the post is directed at I wish you had named them so we could watch what they write more carefully.

Doing so would violate pNet/pCom Guidelines:

That’s a great point and one I kind of knew.

On the same token saying there are 5-6 people who think they are experts without ever paddling I felt was directed at some new members and starting a thread on the topic was going to be little more than inciting a rebuttal, even with giving them a name (2021 Cooper Kayakers)

I will admit I am highly outclassed in paddling skills by most of the experts here and willing to learn what I can from them, and I will add very grateful.

I guess I don’t understand the purpose of the thread, are we warning experts to be careful about taking advice from people that never paddled, or is it a warning to other newcomers that don’t yet know what to believe or who is giving good information. I think most newcomers know when a blowup pink flamingo is recommended by an expert it is in jest but they may be rather confused if an OT Loon rec-kayak is a pool toy or a real option as an entry boat.

I happen to have enjoyed the Leatherstocking Tales. They are of course fiction, and reflect to some degree the thinking of the times in which they were published. That Cooper has been criticized for their inaccuracy is appropriate too. That doesn’t cancel culture. It adds perspective. Sort of what happens here when discussing paddling.

A few things are different this year.

The more times folks log in and the more posts, and hits a hot topic gets the better for the bottom line. I’m not sure what these observations mean if anything. There is one constant in this world and that is change.

More members are good for the members and good for the forum. If a small group of experts in anything want to get together and talk FB is a great place to have a group and keep anyone out that you don’t feel is an expert. By invitation only. If someone is an expert again in anything and just wants to tell people what they know there are any number of blogs they can call home. Public forums are for the public in general expert to newcomer to whatever topic.

In a forum like this you can opt in or out of any conversation if it is a topic you know nothing about but want to learn then read and learn. If it is a topic you feel you can help then jump in. If a member doesn’t maybe know enough and starts a thread asking a question if you can answer then answer. There is nothing to be gained by turning it into a joke thread or commenting on other threads.

I have seen quite a few threads where a newcomer asks a question and the thread goes off the bottom of the page unanswered, without anyone even saying Hi welcome to the site sorry I can’t help you. I have also seen a lot where the OP never returns and you wonder if they are still following along.

I have no problem when someone posts something not correct having someone say that is not correct and then giving what they feel is the correct answer. No one needs to be called a Cooper Kayaker as a term you don’t know what you are talking about.

I happen to agree.

I posted those observations because that is what I have noticed. I suspect this post and its title were generated by a sense of outrage at what the OP has seen going on here recently. A sign of the dynamic I just posted about. I made my observations, and don’t feel compelled to defend them.

Then there’s your statement that I don’t know what I’m talking about. I thought it relevant. You don’t. That’s fine.

Probably right about that.

I’m always open to being wrong! I definitely understand the frustration with certain posters here who talk and talk (and talk!) about things they clearly should be quiet and learning about… Outrage wouldn’t be unreasonable in some cases, honestly, but I just didn’t get that from the OP.

It is outrage or outrageous even frustrating to not read something of someone you don’t want to read, let alone reply to. There is a couple new member and a few older members that I just don’t understand so I glance at their post and just skip reading it. If I post and you don’t like what I say in general feel free to stop reading or if really want to simplify the process put me on ignore.

It is easy there was a whole thread last week about ignoring Cooper Kayakers.