Powerboats are getting increasingly powerful, one I saw recently had 4 motors stuck on the back. They do not require a licensed driver. My question - What is the most powerful paddling lobby to address this problem?

The license requirements vary depending on what state you reside in. Alabama requires a power boat license. The boat can’t have more horsepower than the boat is rated for.

Paddling lobby? The closest we get is DNR .

As string said… here the DNR is about as close as you get also. And they aren’t real responsive to the complaints/concerns of any individual. The DNR, here at least, seems to be responsive to concerns brought to them by “friends of” local waterways associations. Sometimes approaching lake/river front homeowners associations might be productive. There are horsepower, noise, speed, wake limits, glass, trash control regulations the the DNR can impose on specific bodies of water if lobbied sufficiently by such associations. I used to volunteer for a state-wide group (River Alliance of Wisconsin) that adopted a three-pronged approach (and limited itself to rivers) - small dam removal, legislative (often via DNR) lobbying, and helping with the formation of and cooperation between local waterway groups. The concerns such groups address may not be exclusively those of paddlers, but they are probably where a paddler’s (or, better, a coalition of paddling clubs) voice is most likely to be represented. If there is such a group where you’re being bothered, you might try approaching them. If not, perhaps its worth looking into starting such a group. Best wishes!

The Coast Guard recommends every year, for years now, that states enact fairly common and sensible licensing requirements for motorized craft and their operators. So does the ACA where they have a solid enough base - that is not the case in most states. The American Red Cross advocates for safety measures like floatation devices. Various boating associations like Boating USA can enter this debate at times, on the side of common sense.

What usually changes anything is enough high profile fatalities when an irresponsible/untrained motor boat operator manages to kill someone. Those kinds of events are what finally forced NY to require licensing for adult operators, over five decades after they had instituted one for operators under the age of 18. It isn’t that the opportunity was not there all along. And when you look at rentals there are still too many loop holes.

Be careful what you ask for, protecting paddlers includes mandatory boater education for kayakers, licenses and registration of all boats.

Thus far that has not been a universal problem. Some states did throw paddle craft in there, but many like NY have things like length limits that exclude at least most paddle craft. NY, Maine and Massachusetts among those last i knew. And they DID try to get kayaks to license etc in Massachusetts, more than once, as well as registration for visiting craft in Maine. Attempts to date have failed.

A harbormaster in Bremen in Maine tried to require that all kayaks within his coverage carry big orange flags and a couple of other requirements. However his enforcement mechanism was going to be the Coast Guard to issue tickets. In many coastal areas, ait would similarly have to be the Coast Guard. That was a giant non-starter.

what problem? Let the powerboats go where powerboats go, and paddle where they can’t. Not a fan of powerboats, unless fishing or skiing, actually as a sailor/paddler, I hate the freaking things,but wtf is the problem with a multi engine boat? FWIW, with the advances in outboard motors, it seems a lot of builders are substituting multiple outboards in lieu of the twin/triple inboard set-up. Personally, I prefer the sound of a 4 engine outboard going by in comparison to a twin engine unmuffled muscle boat. 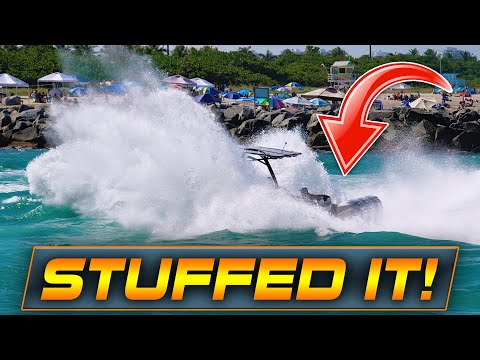 Boating courses should be required nationally on any boat with more than a small engine like 20 hp .

You can’t place all the blame on power boaters, I have a sailboat restricted by depth to a channel and I have had to deal with some pretty bad skippers in kayaks. The “I’m more important because it’s a kayak” doesn’t work either, navigation rules apply to all boats

Seeing the number of posts regarding kayaker deaths on this forum, where the regulars gather round and make clucking noises, I would think paddlers should also have those courses as well. Now comes the question of who will utilize what they learned and who will simply ignore it and continue on fat, stoned and stupid. Not condoning powerboats by any means, as mentioned, unless fishing or skiing (and I can’t stand the stereos and “ballast boats” out these days as they disturb everything around them) I hate the things…but seeing the OP, most likely mis informed about licensing, seeing their first 4 engine boat and immediately declaring it a problem (saw my first, quad 300’s on a 35’ Fountain fishing boat back around 2002), and wanting “the most powerful paddling lobby” (HUH?) to address said problem reminds me of a group attacking my other passion…clueless, drama stricken, power hungry and going about things in an ineffective manner, hurting the competent, while the clueless and criminal continue on.
Here’s your licensing…why I stated “most likely”…my dad taught this course for years.
http://www.americasboatingcourse.com/lawsbystate.cfm

As far as paddling where they are or aren’t…for most of us, paddling is a hobby, an option in life. My sailboat drew 5 and a half feet…yeah, when out sailing I needed to be in “big boy” water…or I could get out of sailing. Nothing forced me to deal with subs, freighters, yachts and muscle boats, and when I’d had enough, I got out of it. Still alive! lol.

My neighbors car makes 500 horsepower, and the guy down the street has a Ninja…see where I’m going?

@daggermat has a point - the incidences reported here of paddlers getting in trouble rarely seem to talk about kayak vs another boat incidents. It is usually us getting into trouble on our own.

My original post was motivated by a recent incident on the 100-150 foot wide White Oak River in North Carolina. Check it out on the internet. It has very attractive potential as a canoe/kayak trail from Haywood Landing to the Cedar Point National Forest takeout. Unfortunately, when I was on it for maybe an hour, two powerboats passed creating large wakes, one of which took me, an experienced canoeist, nearly onto the shore. For the record, a third powerboat slowed down appropriately while going past.

My concern is for the inexperienced kayakers and canoeists in rivers and portions of lakes and sounds who will simply be overwhelmed by passing powerboats, especially in view of the obvious current horsepower race in boat motors that is resulting in numerous absurdly overpowered watercrafts.

I conclude from the responses that there is no citizen’s lobby that is concerned about this situation. This is sad.

Do you have a link for the recent incident? I tried Google based on the details you provided, but found nothing.

They do not require a licensed driver. My question - What is the most powerful paddling lobby to address this problem?

I conclude from the responses that there is no citizen’s lobby that is concerned about this situation. This is sad.

Your initial premise is incorrect. The link provided by @daggermat above [Boating Laws and boating license requirements by state] shows that all but 7 states require a licensed driver. North Carolina is one of the states requiring a license.

Licensing aside, there is in fact a paddling “lobby” [https://www.americancanoe.org/], with a fairly active public policy history. But TBH, I don’t think regulating power boaters to make rivers more appealing to paddlers is high on their agenda.

It is the same situation with cars staying out of the bike lane and yielding a couple feet when you are on the berm. X-country skiing and snowmobiles and 4-wheelers on hiking trails. When things are mixed usage the less powerful guy gets screwed.

When I’m biking I plan my trip based around safety picking roads I know have the sides I need to ride safely because no one or very few comply with the law. There shouldn’t need to be laws actually. If I’m out in a power boat and I see some guy fishing in a 10’ Jon boat I back off and take a wide path around him. Most of the time they will wave as to say thanks. It was the way I was taught.

How close to you was that power boat?

46 USC 2302 (a) (b) covers negligent operation, which includes Excessive speed in the vicinity of other boats or inregulated waters .

BTW, North Carolina law requires any person born on or after January 1, 1988, who will be operating a vessel over 10 hp to pass a boater safety course and to carry a boater education card.

On occasion I paddle some very large lakes where cigarette boats and fast yachts go full steam. Situational awareness is very important in such an environment.

One of my great joys of Spring and early Summer paddling is to watch the $100k+ multi engine boats run aground as they cut the corner of channels into shallow areas where I paddle.

A month ago an Intro to Kayaking class I was teaching laughed so hard as we watched the rooster tail plume of muddy water go skyward and the new expensive boat come to a quick stop in the shallows. That was the 4th boat we watched do so during a 6 hour class. It was quite an enjoyable side show for that class.

PS: As a kid I ran a couple small boats aground while fishing as probably many of us did, but never at a high rate of speed. There is something about learning boating in a small boat before graduating to larger/expensive craft.

When I was a kid, there was an oyster bar running from my grandparents house out to a lighted buoy about half way across the river. There was one narrow break that could be passed at high tide, but only the locals knew where it was. As a kid, I made a bit of change and an occasional beer wading out to help push boats off.

3 boats passing in an hour is pretty low density…make that very low density.
There is a law that boaters are responsible for their wake, so any issues caused by one, get their registration#, or if none, that means boat is documented as a corporation, so get the name and hailport. Any real issue would be won in court. I have seen lawsuits by incompetent people get reversed, however.
When out in a canoe or dinghy amidst larger boat traffic, or making my 35 mile trip up and down the CT river spring and fall in my sailboat with its small diesel, I preferred the powerboats to either go by on plane, or if passing slowly, I would throttle down and cut behind them asap, so I would be inside their wake zone. We’d “thumbs up” each other, acknowledging mutual respect and competence.
You could possibly talk to local officials or the Army Corp. of Engineers about putting in “no wake” signs, generally limits speed to 6 knots…
Pretty sure you’d have to come up with more issues than 2 boats, however…