I am looking for some advice from anyone that owns a Prijon kayak with the round (cylindrical)footpegs. I have a barracuda that does not have a rudder and while the footpegs do have a “toe plate” built onto the round peg, they only work when attached (under tension)to a rudder. The round peg doesn’t offer much area for support and becomes uncomfortable after several hours of paddling. I am wondering if anyone knows if there are aftermarket footpegs that fit the standard Prijon track. Thanks.

Try contacting
coloradokayak.com They may or may not have what you are looking for but they can probably let you know if what you’re looking for exists or not.

I think they are the folks who got me an owners manual for my used prijon kodiak.

I purchased my Prijon from a place in
NY called The River Connection. It’s on the Hudson in Hyde Park. www.the-river-connection.com

modify
I drilled 2 holes in each peg and pinned the “toe plate” in the upright position using machine screws. 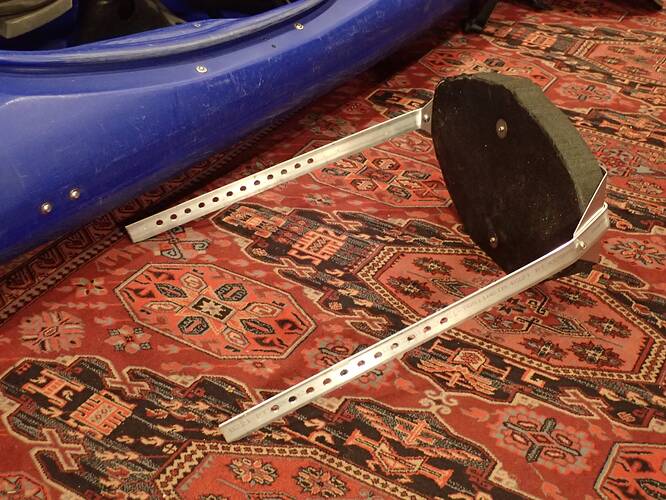 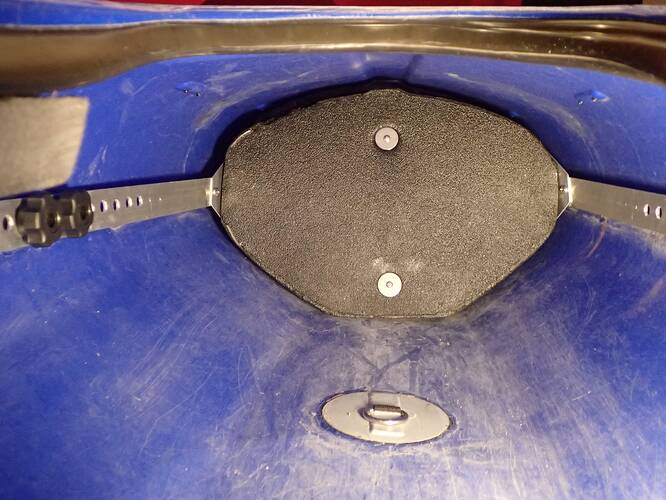 This picture shows the extra space for gear which you can pack from the front hatch. 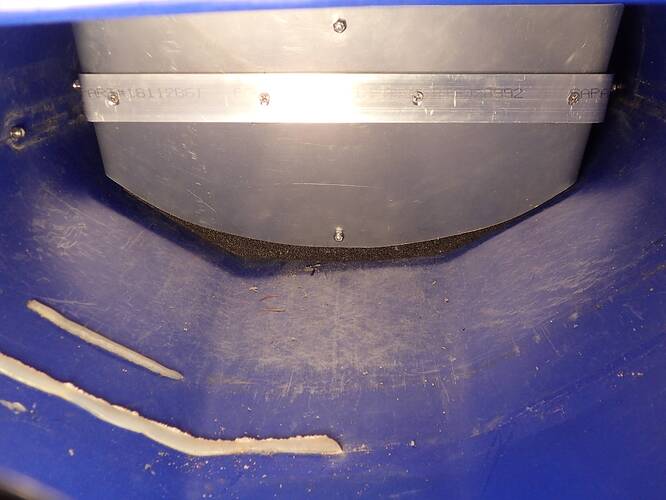 I made UHMW plastic wedges to tilt the top of the bulkhead forward by 15 degrees. The foot brace is upside down in this picture. 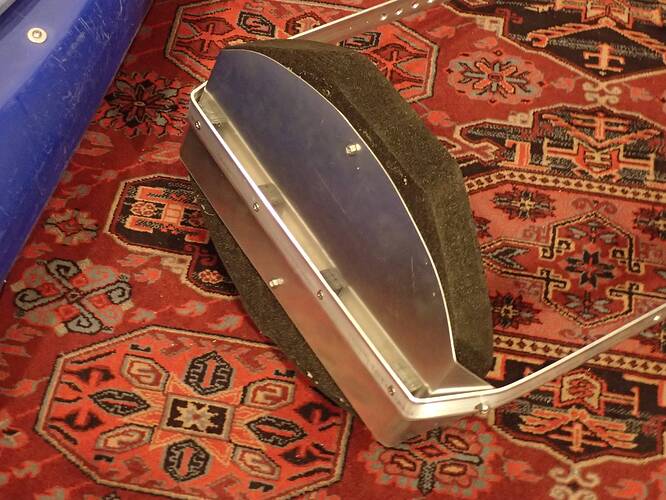 I think a cheapo fix might be to put a cushion of minicell foam on the footpegs. On my Prijons, every so often I’ll go through a spell where I start worrying about foot entrapment on the pegs. It’s never happened, though, even when I get tossed by mischance or intent (practice).

I doubt that you could get entrapped by the Prijon foot pegs. For those who are hucking waterfalls, foot pegs don’t work because they can break your ankle. I know a kayaker who broke his ankle when he pitoned a rock in Crystal Rapid on the Grand Canyon when paddling a kayak with pedal style foot braces. You probably aren’t going to be running waterfalls in a Yukon, but you could hit the bottom pretty hard when coming in through ocean surf. For me, the primary advantage of a bulkhead style foot brace is that it’s way more comfortable than the original foot pegs, which dig into the soles of my feet. I considered a foot brace system which attached to the original Prijon foot pegs, but decided to duplicate the kind of bulkhead foot brace used in other Prijon kayaks. If I sent you the pattern and some instructions, this foot brace would be easy to duplicate.