Hey! I’m about to purchase my first inflatable kayak. I’ve narrowed the choice to between the Sea Eagle 330 and the Aquaglide Yakima. Prices are similar. I’d like to know if one has more durable material than the other (better able to withstand subfreezing temps?) Also, it looks like the Yakima has more self bail drains, and I’m concerned about that when I take it on ocean waves. The Sea Eagle has a better warranty and a 3 month free return. Anyone familiar with both of these that can help me compare? Thanks!

You might check out the reviews on here for the info. I think you will find that there isn’t a lot of experience with inflatable kayaks on here.
Ocean use? They may be fine, but the lack of stiffness, not enclosed, I would do some serious research before buying an inflatable for ocean use.

THanks. I think I’ll go with the Sea Eagle. It has skegs. I don’t see that the Yakima does.

Neither. They are both very light gauge PVC and have a low pressure I Beam floor. Neither would be good in freezing temps and while that may be fine for a lake or pond, there is no way I would take it in the ocean. I had an an Aquaglide in light surf one time and it would taco on even in small waves and it took forever to drain when it took on water and it did not track worth a flip. I would go with either the Sea Eagle 300 or 350 or even better the Saturn OK420. All of these are heavier gauge 1100 denier PVC, high pressure drop stitch floors and removable skegs. The main differences being the thickness of the floor and how they are attached. The sea eagles are thinner (about 2 inches) and velcro to the bottom of the boat, the Saturn is 100 mm (almost 4 inches) and is permanently attached to the boat. These high pressure floors make the boats very stable and handle more like a hard boat. The Saturn’s floor sits a bit up off the water so it tracks the best when without the skegs attached. I have a 300 and an OK420 and that both drain fast as well, although if you are in rough water you are going to be wet all the time, so again, not great in cold weather.

Thanks! I already ordered the SE 330 yesterday, but it came with a 3 month free return, so I’ll look into these others and reconsider.

Just for information Qruiser had been paddling the dogs around in the inflatable kayak until yesterday. She loaded them in the 17ft Grumman aluminum canoe and found it way easier to paddle solo with the dogs than the inflatable kayak. The kayak is so wide it causes you to have a very poor stroke.

Oh, please…And is a 17 foot Grummnan so way easier to lift and transport than an IK??? (I started in Grummans way back in the 1970s, and am glad to be shed of them-)

I’ve also used inflatable kayaks for over 15 years–From the low end to the high end…For just starting out, the OP has made a good choice, I beam floor and all. I see plenty of SE 330s quite regularly on Class III+ waters in the Northeast. And there are PLENTY of good easy-to-paddle inflatables that move just fine with two dogs in them. 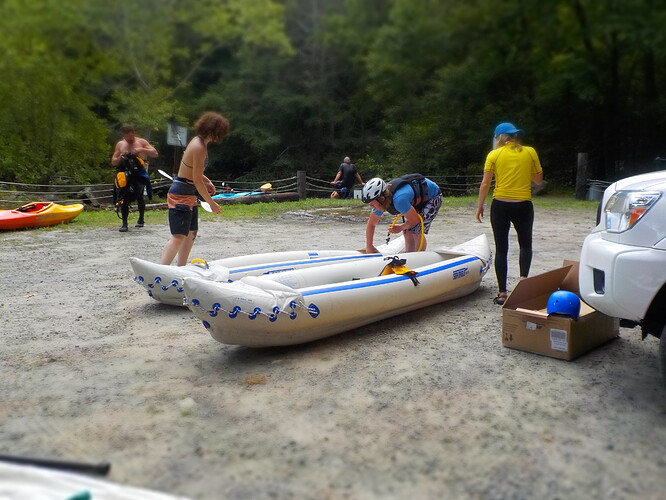 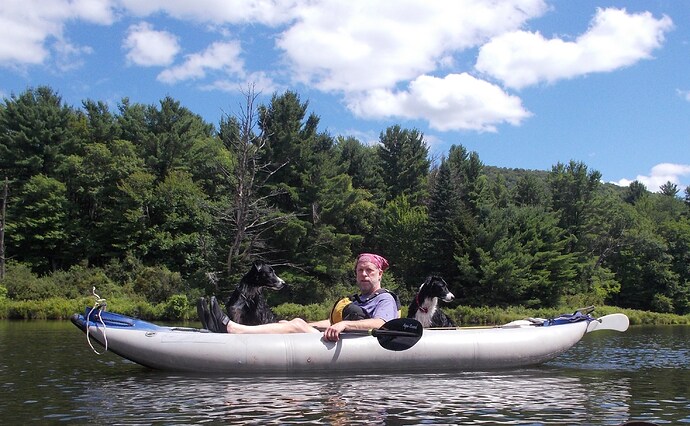 The point was that for our flat water and wind conditions the canoe was easier to paddle. The major problem is a use but a fit problem. You have to fit paddlers to boat, to use it’s not just the boat. The width of the boat, depth of the seat caused her to morf into a really poor paddling stroke. It put her into high elbows and a low angle sweep . Weird … All around.

Other than that…I don’t care.

Oh sorry–But thought I detected some boat snobbery on your behalf, recommending a heavy canoe to a poster who’s question was which of two(non-canoe)novice-level inflatables to choose from, And as there are a good deal of quality IKs on the market with beams that are well below the average canoe’s 36 inches, and seeing how the poster already made his decision on a good boat–Well. Don’t get me wrong: I have fun paddling canoes and hard shell kayaks as well…But how does it help/answer the OP question that someone you cite has trouble with their stroke while using an inflatable?

And hey, I don’t really care, either. 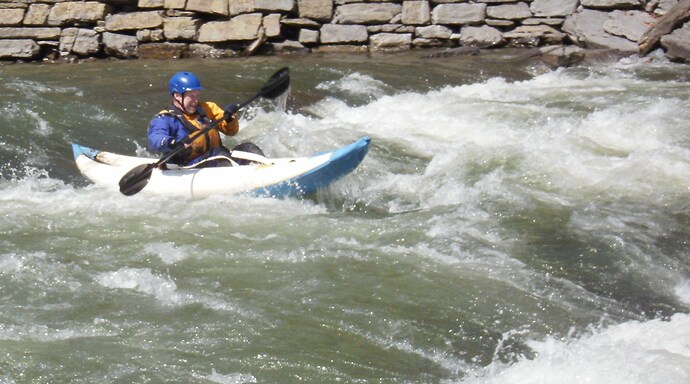 I realize I’m late to this party, but just thought I’d toss in the Innova/Gumotex brand as worthy of consideration. I have a sea-wave and have been pretty happy with it. 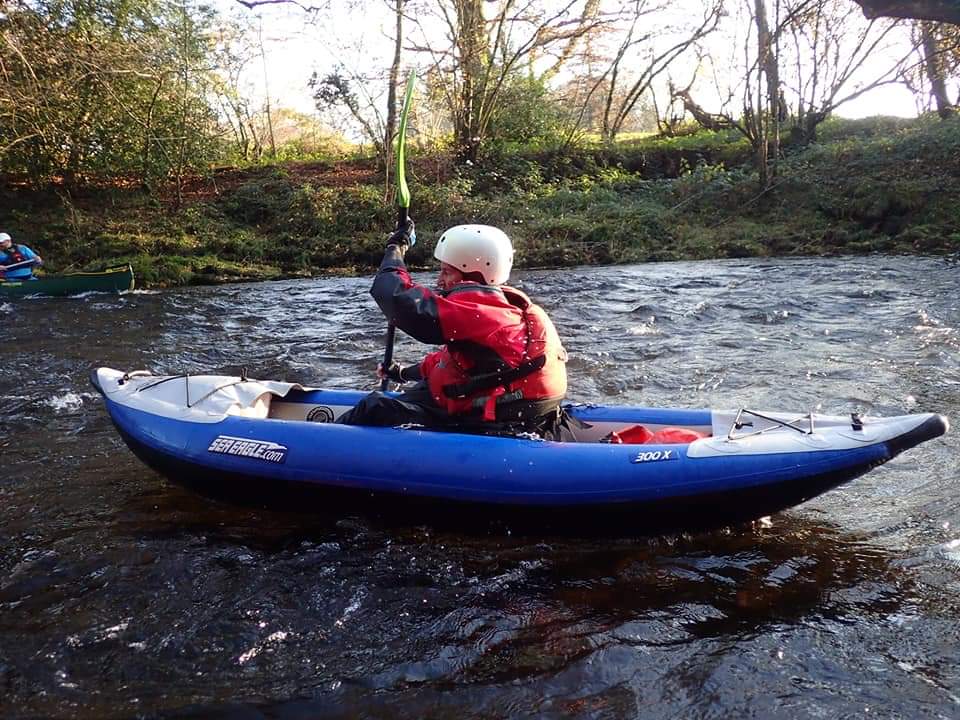 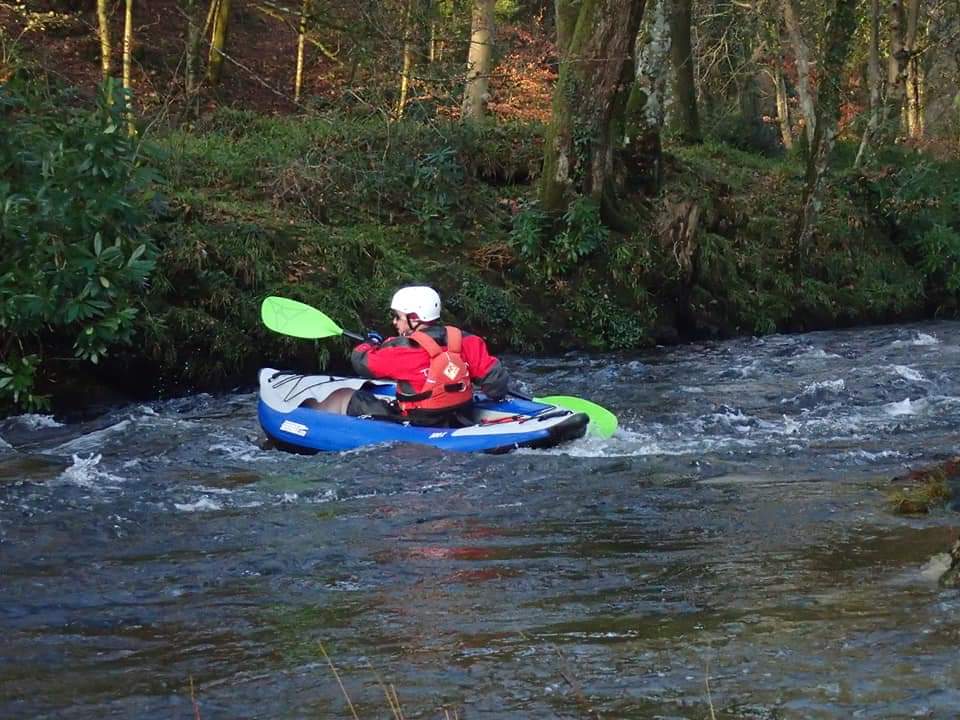 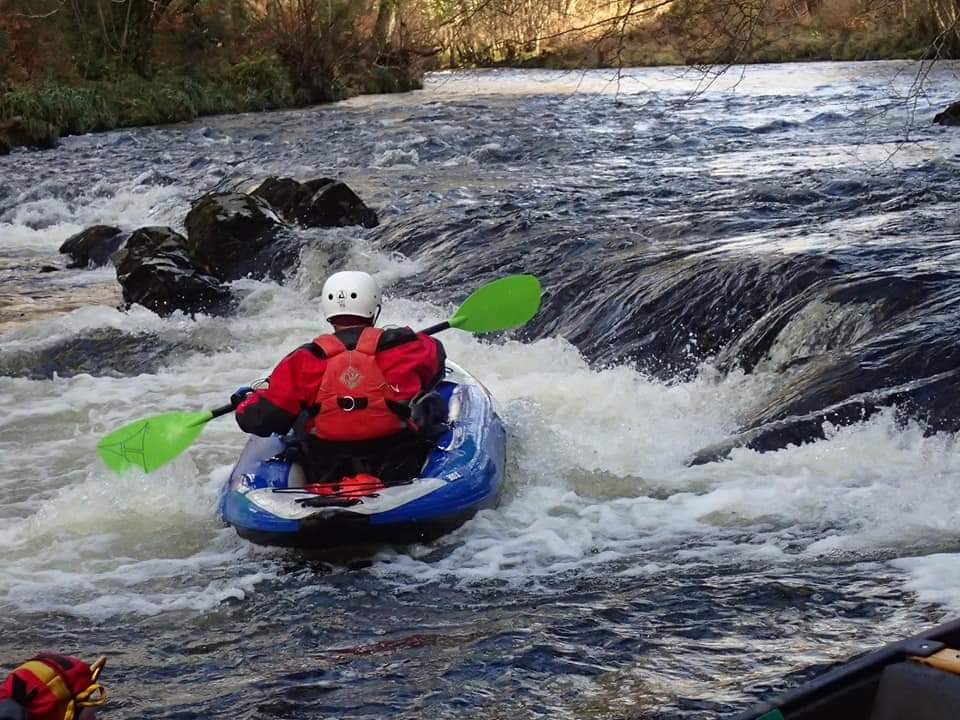 Personally I would look for something substantial like an Aire Kayak or something similar. If it’s not in your budget look for a used one. I had a two man Aire and that thing flew all over the country with me. It could handle anything I through at it, even big whitewater. Never a concern of ripping it leaking. It’s definitely not a glorified pool toy. I’ve had two if those kind and the seems leaked. One leaked before it ever got in the water. Ever use an air mattress for camping that didn’t leak? They all end up leaking sooner or later - usually sooner.

If the OP has “narrowed the choice” between two cheaper priced entry-level inflatable kayaks, how does it help he/she to get recommendations for better quality higher priced boats they probably can’t afford?

Wouldn’t they already prefer a better boat if it were within their means? Wouldn’t they obviously find choices all over the Internet?

–But I wouldn’t stick someone in a hole who is just starting out by recommending a Cadillac or Mercedes, when all they really want is a choice between two budget sub-compact cars. 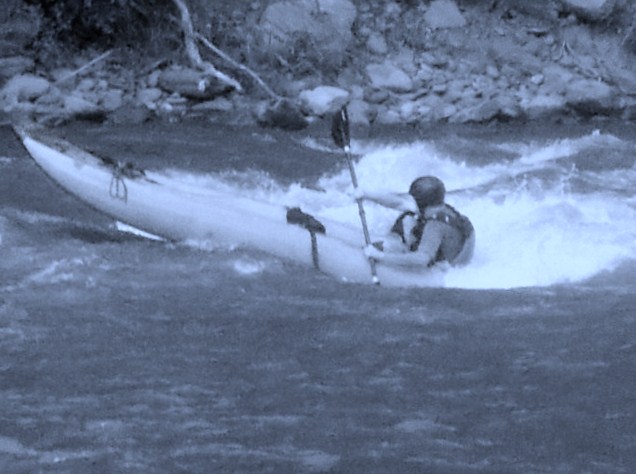 There was no mention of budget ? Most people wouldnt realise what crap is around… 330 are ok for a mess about in a calm lake and that a 300x at $500 is 10 times better than a $300 330…
Before i bought mine i had a budget of £500 and knew bugger all about the if market but know a low price means not such good product… i looked at the higher end sevylor kayaks at £300 - £400+.
I also looked at other if kayaks to compare them as the op above…
i come across an ad for my 300x for £400 looked at the details on line and jumped on it before i lost it…
1 thing to remember is if kayaks are not wind friendly

So what you’re saying is that this forum should be closed because we have the internet and therefore people can research without getting opinions here? Don’t be rediculous. Let’s just say the budget wasn’t for an Aire kayak does that mean the budget will remain that way? Or that he can’t look for a used one? Who hasn’t paid more money for a better anything than they were originally planning on? These forums are opinions, that’s why they ask. You’re entitled to yours but you should think outside of your box before posting.

And I actually thought your suggestion to look at a used boat was among the more helpful advice here. Especially in terms of keeping with the OP’s um…budget.

But hey, maybe it’s a matter of interpretation–Or reading comprehension. Because I tend to go on what’s being presented. Once again, here was the “opinion” the OP was seeking:

“I’ve narrowed the choice to between the Sea Eagle 330 and the Aquaglide Yakima. Prices are similar. I’d like to know if one has more durable…”
(also)
“Anyone familiar with both of these that can help me compare?”

I didn’t read, “What’s the best/most expensive inflatable Kayak I can buy?” Or, “Can anyone refer me to a canoe or another kayak?” anywhere in that…But I don’t make comparison between apples and oranges either.

Lastly, the OP stated, he ordered the Sea Eagle 330, anyway.

But hey, maybe he’ll end up sending it back and go pony-up thirteen hundred bucks more to order a brand new Aire IK after all.
Stranger things have happened.