I guess someone had to do one…
Neat project, I wonder what it weighs.

PVC pipe makes a lousy structural material, as it’s not very strong to start with. It’s also quite temperature sensitive, becoming stiff and brittle in the cold and soft and flexible when it gets hot. I would never trust my life to a boat framed with PVC.

While the pipe itself is cheap, the fittings are less so. For what he spent on the materials for that frame, he could have bought good quality wood and the few tools necessary to build a wooden frame. The end result would have been far superior, both in structural integrity and aesthetics.

As for the skin, it’s a personal preference, but I imagine that it would get quite steamy inside a clear-skinned boat. Again, plastic is not as strong as the typical fabrics used for kayak skins and I wouldn’t trust it.

Also, PVC pipes do not recycle.

As for the transparency, I sometimes like to paddle without any pants on–So it wouldn’t work for me in some areas. :o

Someone had a lot of time on their hands to waste, and they did…
I can envision it wrapping around someone, or spearing them with a sharp piece of broken pvc, if it broached on some obstacle.

He should have conserved the PVC?

That’s funny string ! :^)
I was in a hurry when I posted; substituted conservation for conversation. 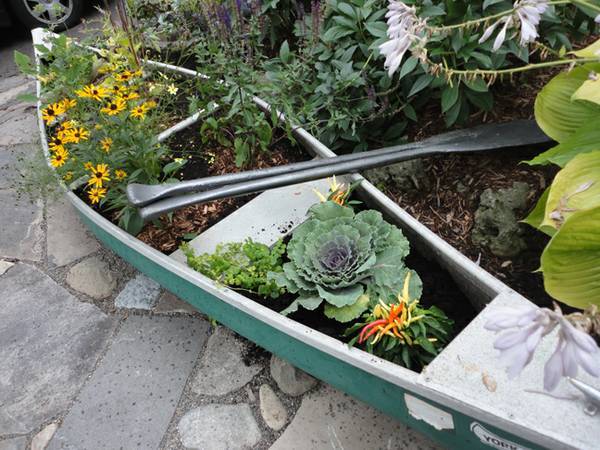 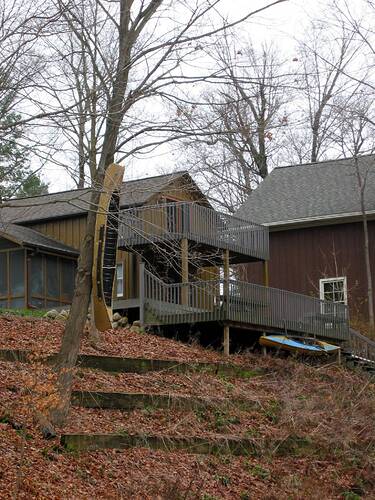 And the sponsons didn’t save 'em
when the tree reared up on roots.
“I told ya take the left branch!”
But now the bow girl’s cry is moot.

And it’s a pity when those strainers
go on the vertical attack,
“Boat’s handlin’ was a tad bit squirrely.”
Some oaks are always talkin’ smack.

Is that a Phoenix Poke Boat hangin’ around in the background, pretending to be a porch gutter?

@thebob.com said:
That’s funny string ! :^)
I was in a hurry when I posted; substituted conservation for conversation.

I have one of those canoes. I recognize the lines. Although mine is in worse shape. Plants might be an improvement.

That pvc thing looks like the kind of thing I’d buy to play around with at a spring looking at fish, grass, etc as a lark on a club outing. Then take it out and burn it. Use it as a serious kayak?.. not likely. Which of course reminds me of a country song…its a southern thing. https://www.youtube.com/watch?v=RhX6DH3CVNY