Does anyone know the difference between the QCC Q700X and the Q700XL? Also I weigh about 155, should I attempt to find a Q600 or will the Q700 work with my lighter weight? I usually bring about 20-30lbs of additional gear.

I’ll likely need to travel far to pick up one of these kayaks and I want to make sure I commit to the right model. I’ll be upgrading from a 1990s looksha.

If you plan on doing any racing in the fast sea kayak class get the 700, or a lot of camping get the 700. I have never seen any 18 foot long sea kayak with as large storage compartments or hatches as the 700.
If the one you are getting has the " smart track rudder" be aware that there are thirteen moving parts on each side. I hate them and changed mine out for a conventional one, but my wife loves hers. That’s because I am the one who repair hers when a part breaks.
With all that said we love them and will take any big water that you throw at them,
Jack L

I don’t know if/what difference there is between the “X” and “XL”. My one advice also concerns the Smart Track rudder. I like the rudder and the simple spring-loaded actuation. And fortunately, all the parts are available if ever needed. But if you’re looking at a QCC that’s seen salt water, check the foot controls for corrosion. The aluminum rails on my carbon/Kevlar 600X were badly eaten by corrosion when I bought the kayak used. Smart Track support said they did have some issues with galvanic corrosion with the carbon hulls. I’m guessing my kayak is an extreme example and that it seldom if ever got a fresh water rinse on the inside. The need to replace the foot controls scared off the first potential buyer of the kayak which worked out great for me since replacement is a simple DIY job. 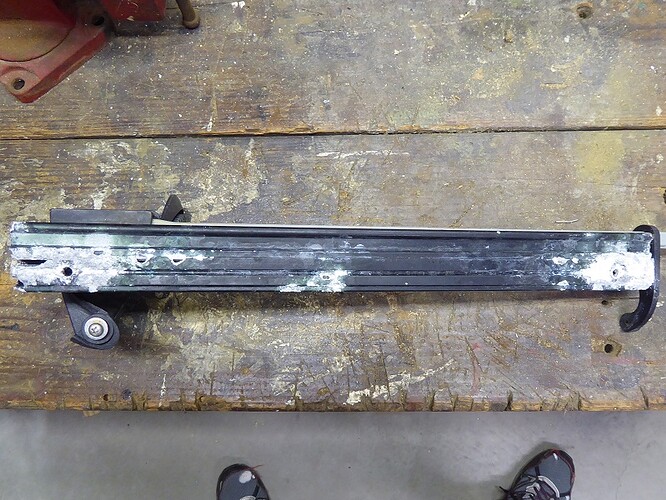 Either the QCC 600 or 700 should be fine. My wife has a QCC 600 and really likes it. However, the Smart track foot controls leave something to be desired. Not only the whole aluminum assembly tends to corrode in salt water, but the complex way the cable is routed around the foot pedals causes excessive flexing that causes the cables to fray and fail. After replacing two cable sets, on the advice of Annapolis Canoe & Kayak, we replaced the foot controls with Sea-Lect foot pedal assemblies. Not a problem since. The rudder assembly itself is fine and works with the new pedals.

Don’t know about an XL model. Be aware that QCC has been bought out by Current Designs and has been out of production for several years.