I have a 16’ Swift Sea Kayak and I need to install a carry handle on the bow. I was planning to install with a nut, but not sure how I’m going to reach up there to secure the nut. My hand probably only goes to within about 15-20" of the carry handle installation point. Any tips?

Any help is much appreciated!

One trick… prop the boat up upside down, if you enter from underneath you can get you entire arm and shoulder in the boat.

The video on this web page shows how they work and how they are installed:

Also could put nut in socket and extend handle reach of socket. If you can see in there and have someone turn the bolt with a screwdriver.

@pblanc @PaddleDog52 have you installed well nuts for an application like carry handles where there’s going to be force on them directly upward? They seem like they wouldn’t hold up for the long haul, but I’m not too sure as I haven’t used them myself.

Your friend has shared a link to a Home Depot product they think you would be interested in seeing: 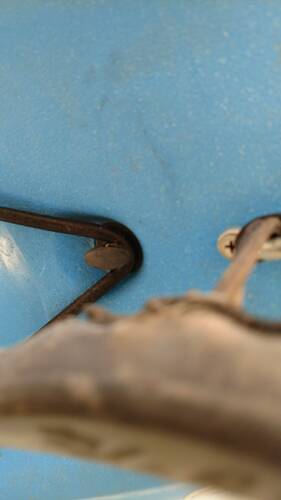 Picture if bow and stern?. If you want you can install a few layers of glass reaching in with long stick to reinforce. Pour end solid with an end pour also. Well nuts will expand but I wouldn’t want to see deck damaged. Two fasteners at each end would be approx. 25 .lb each. Bow and stern is a short span so it should be strong without reinforcing it.

Just to add ideas to the mix, if you chose to use regular nuts and bolts and the socket-wrench-extension trick described above, it will be far easier to insert the bolt (equipped with a hex head, not a Phillips head) from the inside than it will be to try to line the nut up on the inside to mesh with a bolt that is inserted from the outside. Doing it backwards this way is not that hard, but here’s a trick which actually makes it easy. Thread a string through the hole in the hull, and pull that out through the cockpit. Tie the string to the bolt AND wrap it to the bolt shaft with tape so that it becomes possible to pull the bolt through the hole using the string. Use a bit of tape to also secure the bolt into your socket wrench so you don’t accidentally pull the bolt free of the wrench once it’s back in the working area of the boat (sewing thread or fine fishing line can be even better). Now, you can guide the bolt right to the hole in the hull on your first try, with the wrench attached. Remove the exposed tape and string once the bolt is sticking through (but don’t drop that extended socket wrench). Tighten the nut, and then simply pull the wrench free of its flimsy attachment to the bolt, and you are done. This works as slick as can be!!

Getting back to the basics, using an upside-down bolt would make it easy to include a large washer on the inside of the hull as well, to spread the load. If you don’t like the looks of a bolt extending up through the hull, cut it off flush with the nut after it has been properly tightened and it will look just like a bolt head. You can take this one step further and file the nut (and the cut-off bolt end) to a hemispherical shape, and no one will be able to tell it was installed backward.

West Marine has some stainless plate nuts. I’ve used them to hold hull / deck joints together. Drill thru hole. Tape nut to stick push up thru hole , hold, screw it and the spikes hold it from turning. If hull material is thin or “brittl-ish” bend the spikes over.

On a poly SOT I installed a round screw lid hatch on deck near end. Not pretty .