I’m registered. Could not get on a paddle trip this season, so I’ll torture my old body trying to keep up with the young turks. It’s only ten miles through urbania wilderness and worst I can do is finish last, best I can do is croak, but I always set the bar low enough to step over it. Plus I have no built up tolerance to RED BULL so it should provide the impetus I need. It’s essentially in my backyard .

It looks like fun and you have the right attitude !

Every year, my wife and I do the Adk 90 miler which has a few tough portages and even though we are both older than dirt it gives us something to look forward to and then talk about after woods.

Good luck and make sure you are not dead last, so you can do it again next year

Although I’ve moved away, I paddled the Hoigaards Paddle Derby many times (which takes you on the chain on lakes, though no portages).

Knowing the regular marathon canoe racers and surfski guys, I can say this will be quite the race. The portages suck, and it has a lot of portaging including some decent hills. If I didnt hate portaging so much, i’d almost fly back for it. The Loppett runs a tight ship and it should be a well organized race. October will be chilly and is often windy so choose a boat you can handle rough conditions (both from wind and other boats). With that many in’s and out’s at the portages, getting wetter than anticipated is likely.

Edit: apparently I missed the name change from Lake Calhoun last year. WTF is bad mah ska or whatever? What a terrible name change. I dont endorse Calhoun or his views of slavery, but how about you call it ‘white earth lake’ (the translation of whatever its currently called) instead of some name no one can pronounce or will use. How about we honor the Native Americans by funding their schools, alcohol dependency treatment, or domestic violence shelters instead of renaming a lake to their ancestral name. Im sure some actual help would be more appreciated by them… 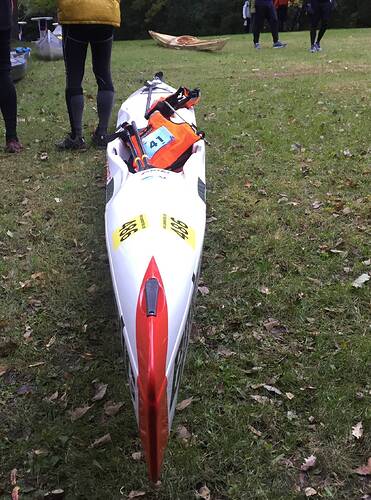 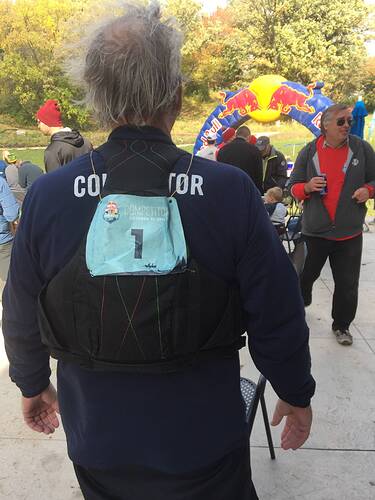 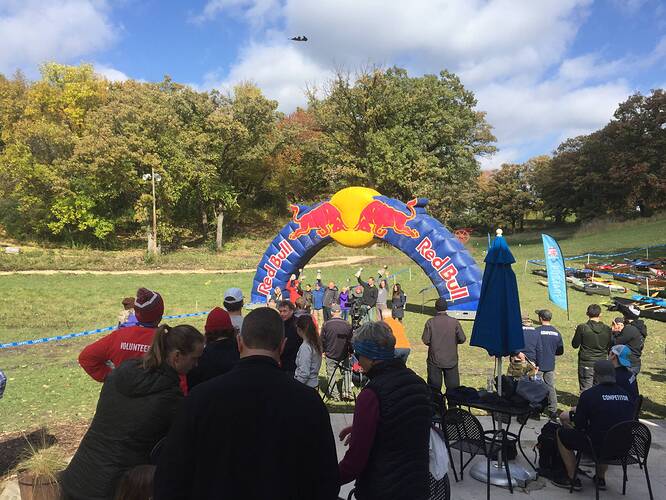 When they are lining up these tandem beasts at the start, and my SOF banana sits damply in the background, it kind of brings kayak evolution into perspective. That beast won the mens tandem division, but a mixed team won overall, (and mixed of course). I finished 11 of 10 (+ 1 woman soloer)
but I finished a head of one tandem team. The course got changed at last minute due to found zebra mussels in one lake in the chain. I wished it was a water start, it was nearly 1/4 mile run to the water. Gramps got left behind, but I reeled in a bunch on the water, then a mile portage popped up. The creek portion killed me with GL stick I could only putz. There was supposed to be close to a mile of lake prior to the finish portage. The made it close to mile of portage cuz of the AIS alert.
But most importantly: "RED BULL got my bib number correct.