Refugees from Irma living on the Saluda River, SC

On the first day of fall Frank and I paddled 19 miles down the Saluda River. We put in at Chappels and took out at hwy 395. The water was very clear and we could see 3 feet or more. This was about the clearest I have seen it. We could see turtles on the bottom and tell what type they were as well as bass, bream, shad, shiners and gar. One very large carp jumped half out of the water and was as big around as my thigh. There were puffy cumulus clouds in a blue sky with a high temp of 89. It is a bit cooler than that on the water.

The water was lower than I had paddled it before and I wondered about the 2 small shoals we would encounter. They are underwater when the water is up, but get more exciting as the water gets lower. The second one has a tight chute with a directional change in the middle. I learned at this level there is a fun wave train that put a gallon or so of water in the boat. The rest of the river is flat.

We generally see a variety of birds while paddling. Of course the common one are the Great Blue Heron, Wood Duck, Crow and Kingfisher on our rivers. We also see Bald Eagle, Osprey, Green Heron and Killdeer. Besides these we saw Green Wing Teal, Red Headed Woodpeckers, Common Flicker and a Cardinal. Then there is the ever present Black and Turkey Vultures on the thermals. We paddled past several Black Vultures on the bank and one perched feeding on the body of a dead deer caught on a dead limb in the water.

By now you are probably thinking “Where are the Irma Refugees?” this post is supposed to be about. Well we came around a bend in the river where the upper end of Lake Murray causes backwaters to form. To our surprise there were over a dozen Wood Storks. Now we see them in low numbers in our coastal marshes, but I have never seen one in the Piedmont of SC. We also saw large groups of Great Egrets which we do see in the up state, but less commonly than seeing Great Blue Heron. We saw groups of storks and egrets of 20 and more through this stretch of river, The Wood Storks were the most common groups to be seen. There were more than 20 soaring in a rising thermal at one spot with vultures soaring in the mix. When Wood Storks take off you doubt they will be able to fly, but once in flight they become graceful with very wide wingspans. It dawned on us that they must have ridden the heavy winds of Irma up from FL and GA on these wide wings. I wonder will any stay?

Saluda River below the shoals 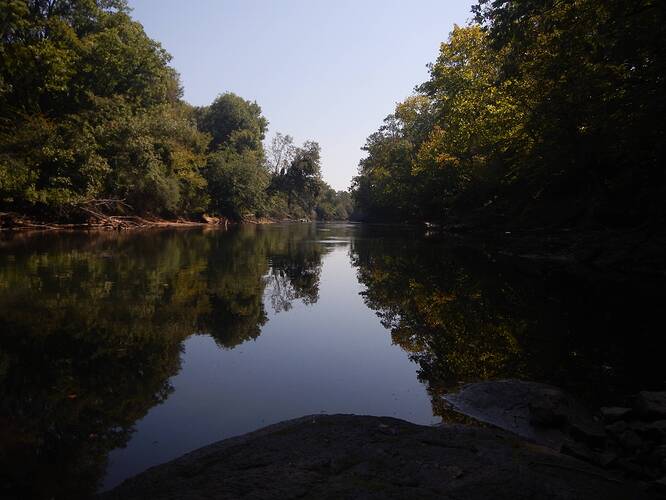 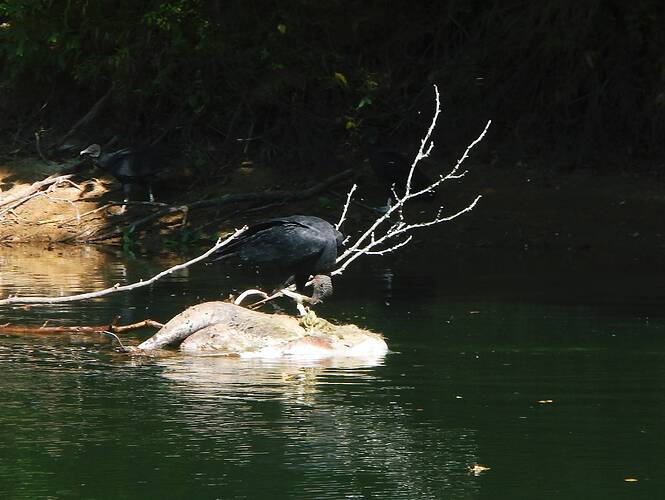 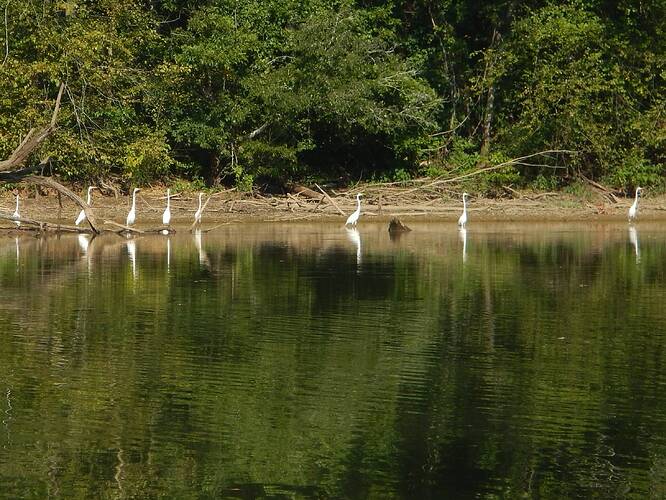 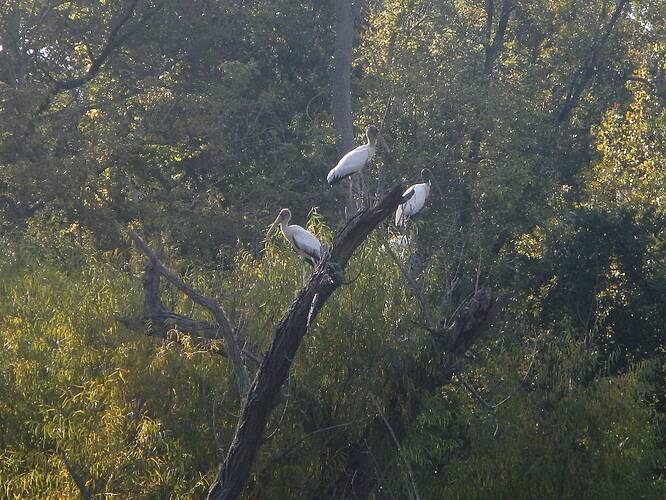 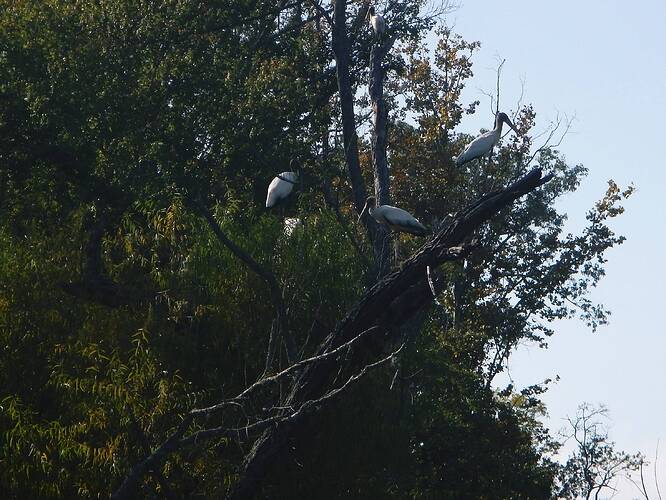 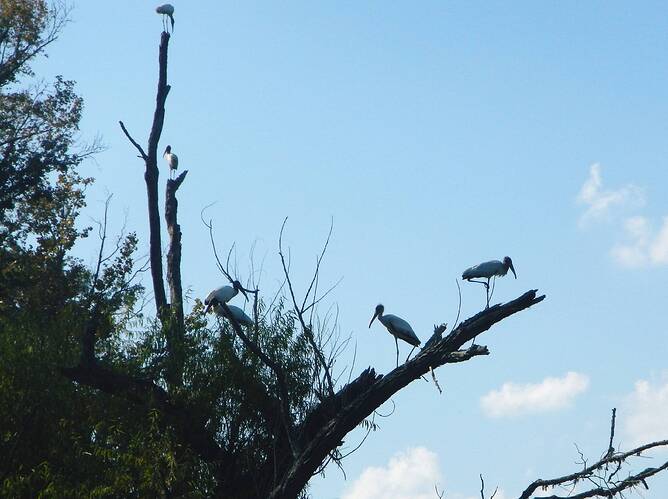 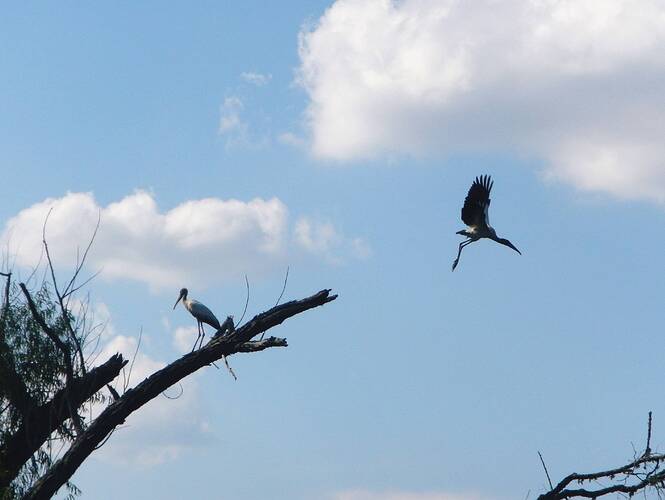 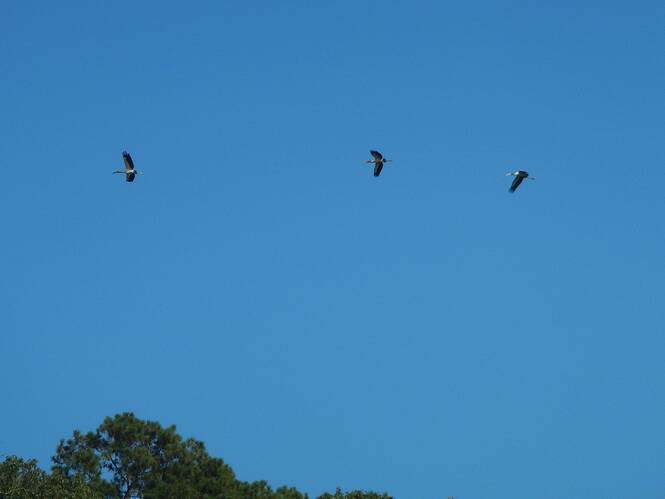 Wish I could have been there.

Please send them back… We miss them…

@grayhawk said:
Please send them back… We miss them…

I was surprised to see over a dozen when we saw the first group, but we kept seeing move and more as we paddled. We had gone probably 15 miles down river before we hit the Lake influenced backwaters, and then they were everywhere. Expect for an Everglade rookery probably the most I have seen. I feel certain they arrived on the winds of Irma.

I do love seeing them, so know how you feel. However, they are welcome to stay as long as they feel it necessary.

Until the age of 13 I lived in South Florida. I grew up calling them the local name of Ironhead. All my Dad’s family live around the Hollywood area except for Aunt Betty they livefdup north in Ft. Meade, FL (Central FL well south of I-4), and didn’t have Coconut Trees!

I feel for y’all! It is tragic, and when I saw our avian refugees I was reminded of what an impact it had on every living thing. Wings seem to prove very handy during a mandatory evacuation!

Just learned there was a Flamingo sighted at Cape Romain after Irma, and offshore birds like Jaegar and Sooty Terns on some Moutain Lakes.

According to the Audubon Society, some shore birds have been sited 140 miles inland.

A friend sent my this photo of a Spoonbill at Murrels Inlet, SC. I have only seen them mostly in South Florida. 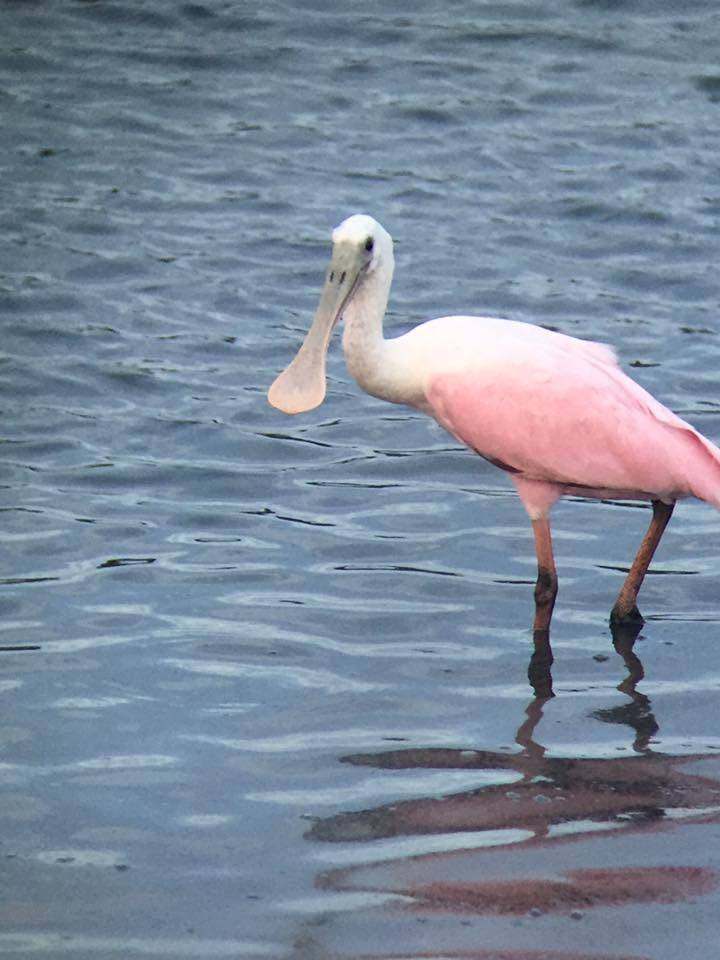 @castoff said:
A friend sent my this photo of a Spoonbill at Murrels Inlet, SC. I have only seen them mostly in South Florida.

We have them in NE Fla. I’ve seen em in south Ga.

@Overstreet said: We have them in NE Fla. I’ve seen em in south Ga.

Yes you are right.Thank you for pointing that out. It has been over 33 years since I lived in FL. Back then I only saw them in South FL mostly Lake Okeechobee and below. I know they are seen elsewhere, even on the coast of SC on occasion though I haven’t seen them here.

Great photos. Lots of birds down here in the mangrove tunnels. Love kayaking through them. paddlemarco.com

Interesting that those storks look very similar to our white pelicans in flight, at a distance…in photos, anyway. And I always have the same impression of them - awkwardly airborne, but beautiful in flight.