Today when getting out of the water I opened the dry storage to find about 1/2 gal of water there. In checking all seals and finding no problem i noticed a 5 inch thin crack on the port side , just near the stern. (photos attached) 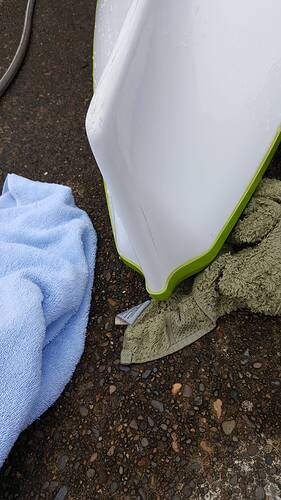 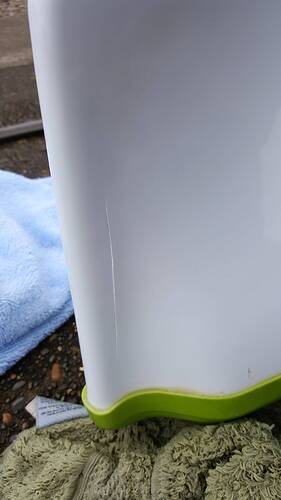 2988×5312 655 KB
I’ve treated the kayak carefully when unloading and loading, never dropped it on its stern … so not really sure how this even happened. I got the kayak from REI about a year, but have only had it out about 4 times. Is it possible and fairly easy to repair this myself and if so with what product.? Thanks
PaddleDog52 August 4, 2017, 8:29pm #2

Glass patch or pour end solid for an inch or two

Won’t REI give you your money back?
Have you contacted Confluence to see what they say?

Don’t mess with it!

I had this happen to me a few years ago with my wife’s thermoformed Ultralight Pungo. The 3"-4" split in her boat occurred down one of the chines in the middle of the kayak close to the seat. At that point we had owned the boat for about 15 months and although we took good care of it we had used it dozens of times. This is what it looked like from inside the boat… 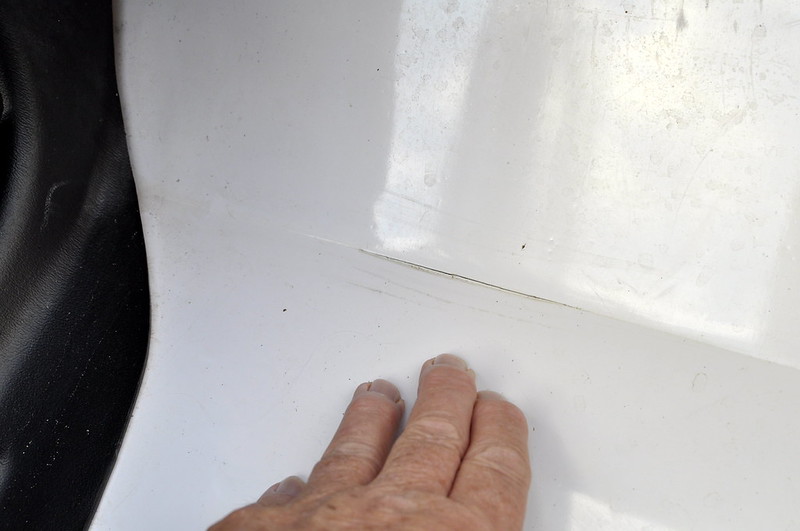 And I don’t think that you and I are the only ones that had this happen to them. Wilderness actually stopped making Ultralights for a couple of years while - according to my local shop - they looked for a better supplier of the ABS sheets they form these boats from. The experience put me off thermoformed construction.

REI probably isn’t going to do anything until they talk to Confluence, and Confluence will want you to do this through REI as your local dealer. We were offered a new replacement boat or a store credit for the full value.

thermoform not glass ok I should have seen the glue at the seam the first time.

eddyline has a repair guide on their site.

Take kfbrady’s advice and contact REI. That’s a manufacturing defect which should not have happened. Judging from some reviews and comments at other sites, you’re not the only this has happened to and supposedly the kayak was being redesigned. REI’s website states: “If your item has a manufacturing defect in its materials or workmanship, you can return it at any time.” Hold them to that.

I have repaired eddyl;ine boat before. I cant remember the glue they say to use but i believe like someone above said there is a video on eddylines page that shows how to repair it. Its not hard and can be done were you cant even see the repair, I did it no big deal. Oh warning about the glue its the nastiest smelling epoxy I have ever used in my life. I know I bought the glue just locally at a hardware store.

Devcon Plastic Welder. And fiberglass patch. Eddyline has excellent instructions, but it’s something the OP should not have to do. Unless he has no other alternative.