I’ve thought about a SOT kayak for fishing and transporting camping gear through rougher water, including salt water bays. The Pescador Pro 120 (link at end) claims to have a capacity of 375 lbs. If this is true, and if it is laden to 375 lbs, what are the chances of actually righting suck a craft if it capsizes?

I think you need to think about how much gear you would actually be carrying. Some large portion of that 375-pound capacity is you, the paddler, and that won’t be attached to the boat while you are trying to get it upright. Further, when I look at the picture of that boat and consider how much (or how little) room there is for gear storage (I just scaled it off the screen and see that the front and rear storage areas are 1.5 and 2.5 feet long, respectively), I don’t easily image carrying more than an average camping load, which in my case, might be between 50 and 70 pounds, including my water supply (I have no idea how much stuff you plan to carry with you). How easy will it be to flip a capsized boat upright when 70 pounds of gear is tied in? I have no idea, but it won’t be as bad as the way in which you first presented the question. One thing you could do to make it easier would be to tie each pack (realistically, it looks like there’s only room for two packs) with a tether, so you could release the packs from the boat without losing them, then flip the empty boat upright, climb on, and then haul the packs aboard. That might be easier said than done (as most things are when it comes to handling such a situation), but it might be a reasonable way of dealing with the problem.

The tether is a great idea; I never would have thought of it. As for realistic storage, I think that you’re right. I weigh 150. This leaves a theoretical capacity of 225 lbs. There’s no way I’d be hauling this much, though. Thanks.

The max capacity of a SOT isn’t the same as the optimal capacity at which it paddles most efficiently. Once you exceed 60%-70% of the stated capacity, you’ll be getting water up through the scuppers and paddling won’t be optimal. So…if you do the math and subtract your weight, that’s a capacity of around 75-113 pounds of gear. That should be plenty of carrying capacity. Now, flipping it back over is another matter. Hopefully you’ll be paddle camping with friends and you’ll have help.

I have two SOTs that I paddle. When I got the first one, I was amazed at how much interior room there is for gear. However, you have no bulkheads in there to speak of, so little things can definitely get lost inside the hull. My method to combat this is to tie tethers to all my dry bags & gear that goes inside the hull. I attach some shock cord around the scupper pillars and use adhesive lash points as well inside the hull. I carabiner the tethers to the lash points & shock cord so that I can reel in any wayward bags. I try to get the right sized gear (tent, camp chair, etc.) in the right sized spots so that there isn’t a lot of stuff rolling or sliding around inside the boat. I also make sure my larger dry bag (Watershed Yukon) in the tank well is strapped in tight. That way, if I do go upside down, stuff won’t be flopping all over inside & outside the boat.

Now that I’ve looked at the Pescador picture you posted, I don’t see a hatch to access the inside of the hull. You’ll have all of your gear in the bow & stern take wells. I think packing space will be your limiting factor for gear more so that weight.

A major safety advantage of sit-on-top kayaks is that if you tip over, you can just flip the kayak back upright and climb back on top of it. The whole process only takes a couple of seconds if you know what you’re doing. However, you need to practice flipping the kayak back upright, and you need to practice climbing back on top of it. If you don’t learn how to do it and you don’t practice it periodically, when you finally tip over away from shore, you could be in trouble. So practice it.

If your gear is sitting on the bottom of your front hatch, or is relatively low in your rear storage area, it won’t make it any harder to right your kayak. It may even make it easier, as the kayak will tend to roll like a big log. Unless you have stacked your gear ridiculously high in your rear storage area, it shouldn’t make it harder for you to right your kayak. I know, because I kayak fish in a sit-on-top kayak which is loaded with a lot of gear, ice, and fish. 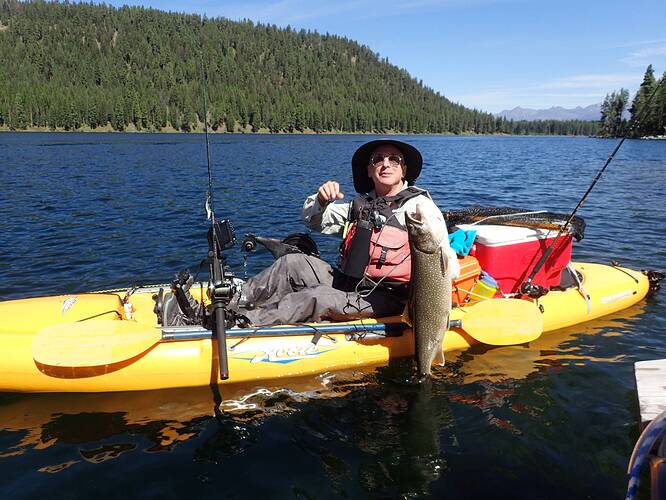 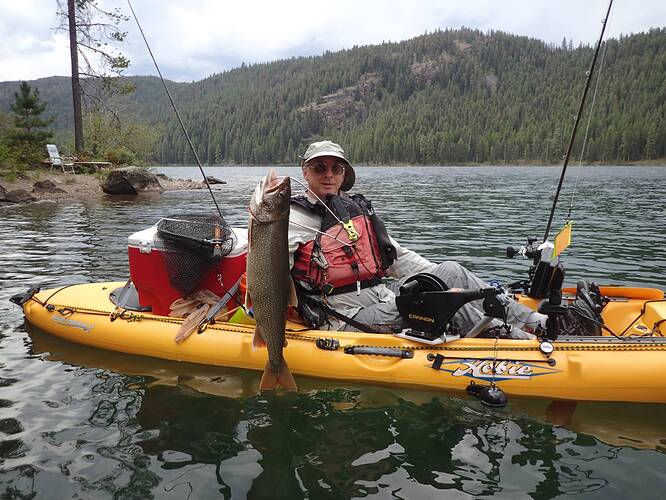 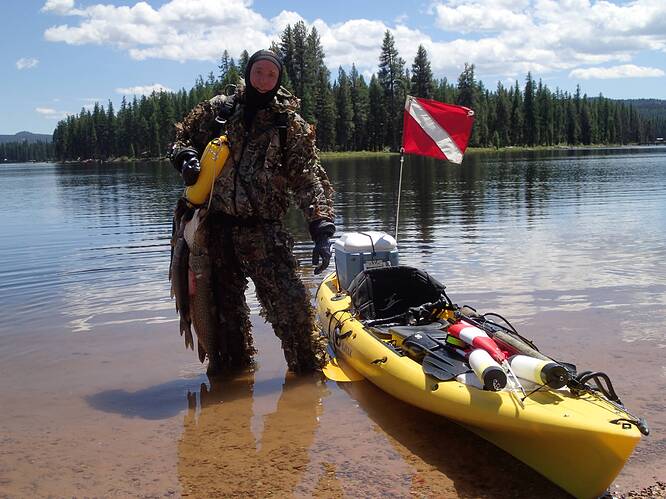