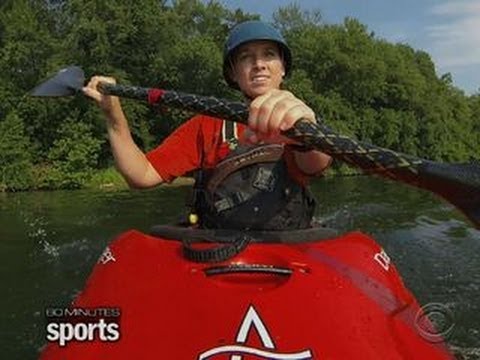 About 8 years ago. I remember following this when it happened. It’s always tough to lose someone who is doing what you enjoy. Even the easy stuff holds dangers like Dimples on the Lower Yough.

Wish I hadn’t seen that. The tears are still coming.

Things people do risky things. The important thing is really accepting and understanding the risk.

This made me ugly cry. She was so young, and so stoked.

I went to high school in that area and spent a lot of time at Great Falls in the early 80’s. I don’t recall ever seeing anyone kayak there. I wonder was I just oblivious, or was it just not done there yet? I can’t imagine paddling Class V.

First descent was, as I recall in the late 70s, by a group that hoped to run steep stuff in the Himalaya. I’m not remembering names except for Tom McEwen. Most involved in the 90s Tsangpo descent where Doug Gordon was lost.

Back in the 1990s I got involved in rafting some difficult whitewater. Then I swam some Class V rapids and got pinned under a boat in a Class IV on the Middle Fork of the American River.

I started to hang out with skilled boaters. Most of them had lost some friends in boating accidents. They all had survived some bad swims, rescues, and pins.

This lady was totally naive in my opinion. She had a false sense of confidence because of her lack of experience. She had only been in the sport for two years. Until people get involved in some rescues and body recoveries they don’t really understand risk. There is no substitute for experience on the water.

I grew up near Great Falls in the 1960s. Nobody ran it in boats at that time. A friend of mine slipped and took a swim in a bad side channel of the Falls in February. We thought we were looking for a body. He was a lifeguard at Ocean City managed to climb out of the river on an island. He was eventually rescued by a helicopter. There were no cell phones then. We felt lucky that we helped save his life.

Sad to see someone so young and full of life gone so soon.

That said, there’s one thing I heard in that report that bothered me. Now it just maybe a matter of poor reporting, but they said, “our cameras spotted an empty kayak” and “no one saw how it happened”. No one saw what? Was there not safety set up on such a serious rapid with possibly fatal consequences? To me (yea, the not “always PFD” guy) that seems unthinkable and downright foolish.

Poor reporting, which is very common. Here’s a better account:

Thanks, I’m glad to see there were precautions in place.