String and David met up with me at the put in and set up the shuttle. The day was partly cloudy and the highs were to get to 95F. The wind would build to 8mph, and surprise it would be at our backs. The cool water temps and intermittent cloud shadows with a cooling wind building as the temps rose made for a very comfortable and beautiful day.

Jim had a large Muskrat escort him coming up in front of him and then swimming alongside. By the time I had my camera out in was on the other side of Jim’s Tarpon 16. I paddled to get behind and to the same side as the Muskrat. Just as I was close to getting the shot it went down. I have never had a Muskrat check me out like that, and I have seen plenty. It must of either been a case of “Muskrat Love” or “What in the World is That”!

My canoe at the put in. 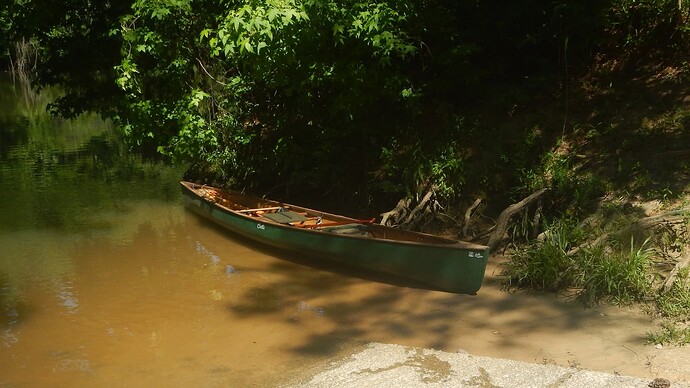 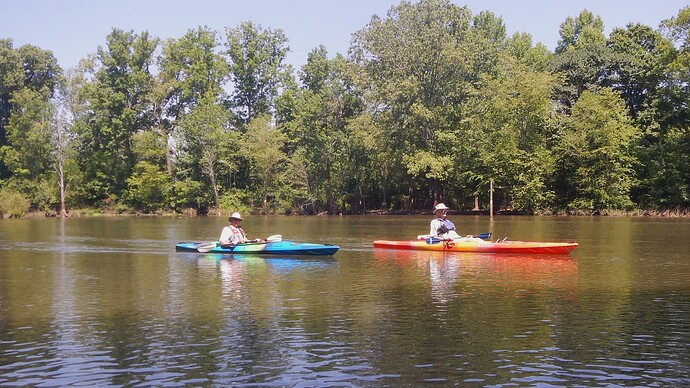 Clouds building as we start out 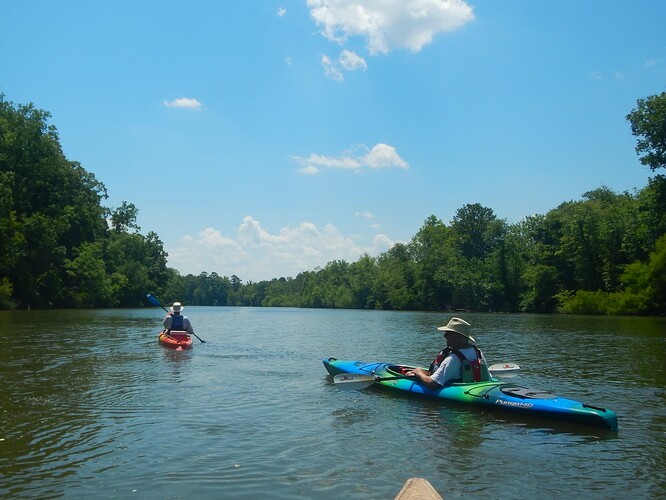 There is a small group of Tupelo Trees on the river where you can always find some shade on the water. 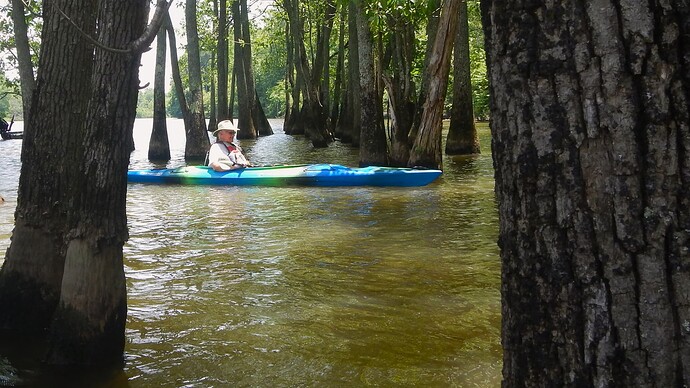 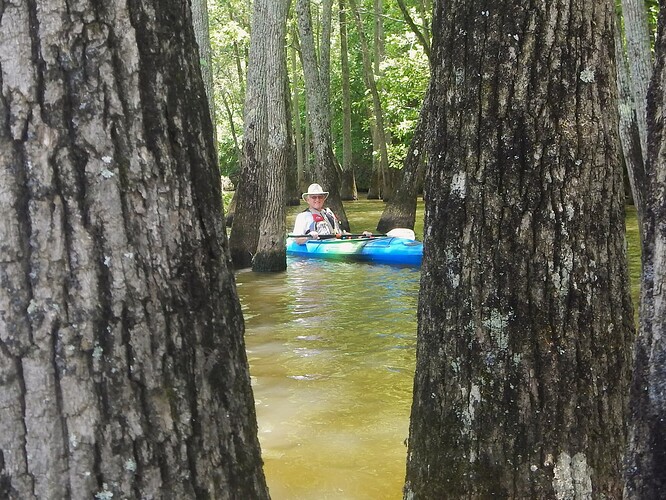 The river slowly turns into a lake paddle on this section as it becomes the main channel at the top of Lake Murray. 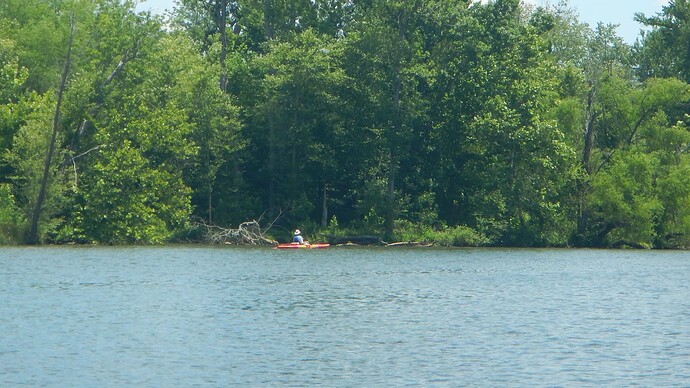 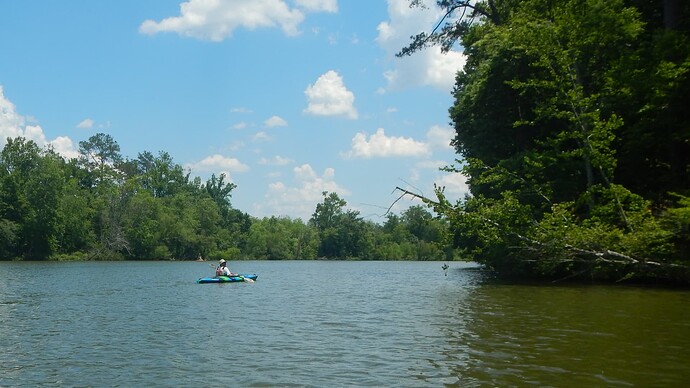 We saw three Osprey nests at the up end of the lake. 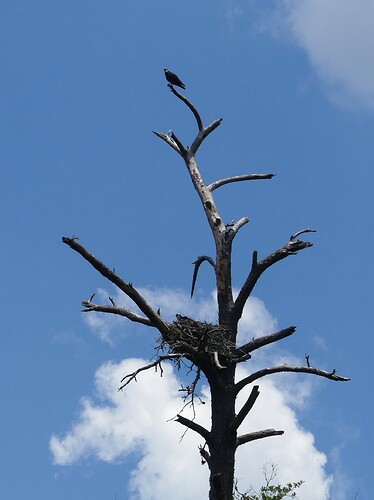 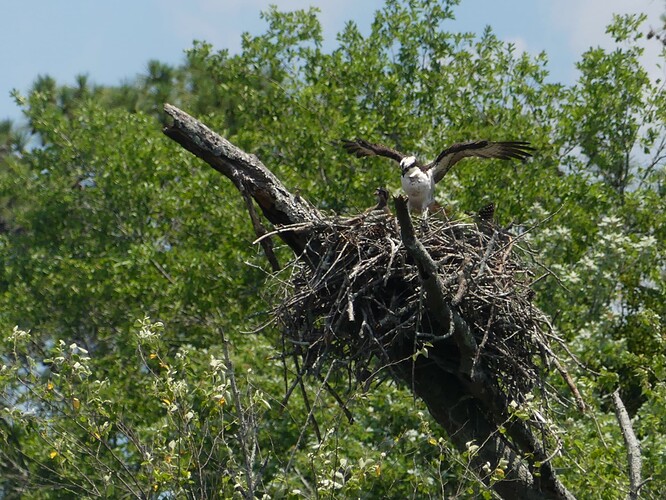 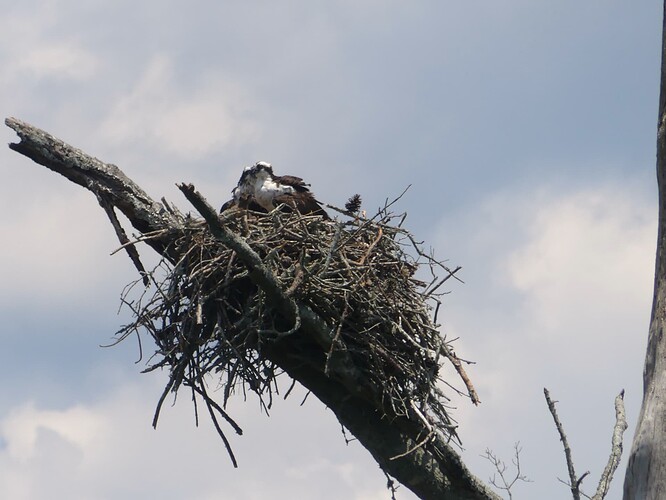 Good photos as usual . While the others were chilling in the Tupelos, I was trying a straight shot to the take out.
As much as I love my Tarpon, it is a heavy, large wetted surface area boat.
That paddle kicked my butt.

My experience with muskrats would lead me to believe it was thinking about how best to take you out.

Great photos, makes it look like a trip down from NC to paddle the Saluda would be worth the time.

It is a good paddle with almost no waterside development. The section we did is 7.7 miles from Hwy 121 Higgins bridge to Hwy 395 Kempson bridge. There are two other sections to this part of the Saluda. Buzzard’s Roost to Chappells Hwy 39 (7.3 miles), and Chappells Hwy 39 to Hwy 121 Higgin’s Bridge (11.7 miles). Be sure to let me know if you do.

Thanks for the info. That’s a great website with a lot of great trip ideas.