Went out to the Santa Fe River last weekend. Put in at Hwy 441 boat ramp and paddled up to the “river rise.” It looks all the world like a dead end lake. But unlike most rivers the Santa Fe takes a plunge at “river sink” and goes underground 3 miles through the karst rock and comes out at “river rise”. It then travels down river to the Suwannee river. There are several “swallettes” where water goes under ground like the river sink but nothing so dramatic. There are of course many springs along the route that flow from the aquafier, ug water source, and fill up the river. The river at our trip was 2 ft under flood stage but at the take out two feet +/- over flood at that point.

Our “camp site” was at Gilchrist Blue Spring State Park. It is a relatively new state park. The spring however has been there for many ……… many years. It now has some more protection. They’ve banned motors on the spring run and protect the fish and animals. Note the manatee in the picture usually viists only in the winter when the river is high. There are shoals above and below the spring run that discourage them in droughtier times. 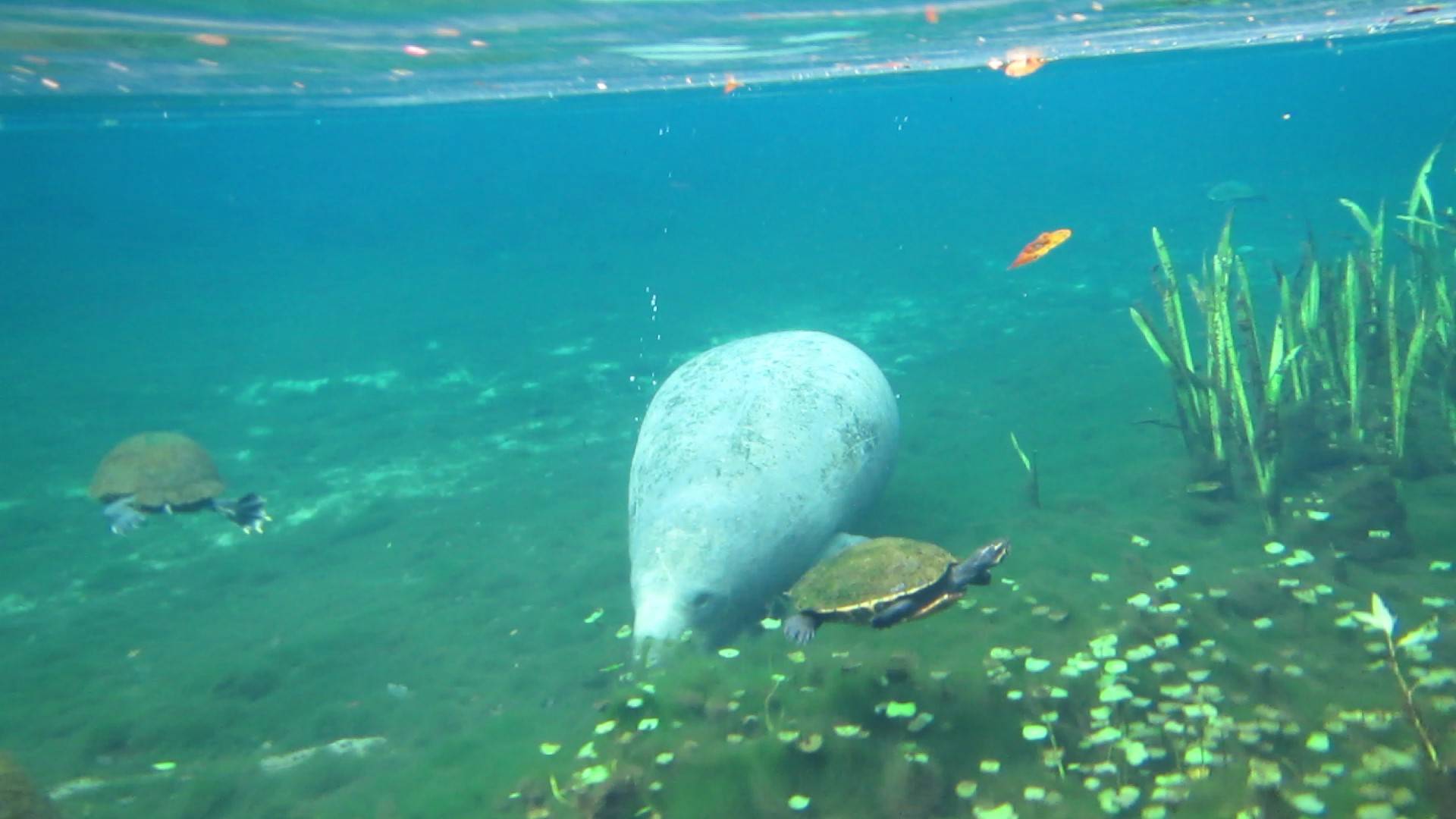 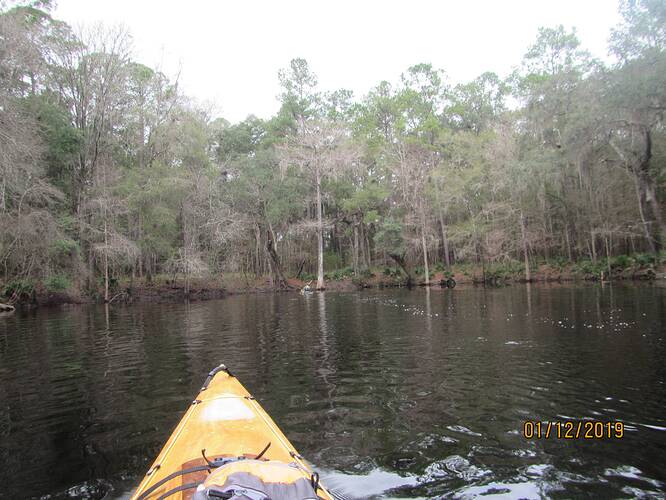 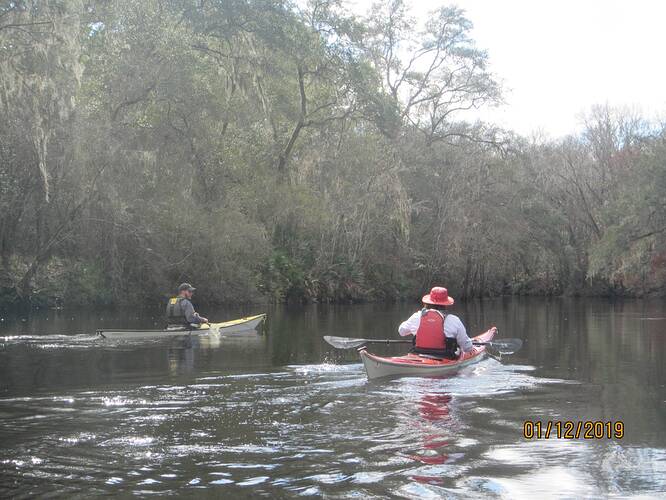 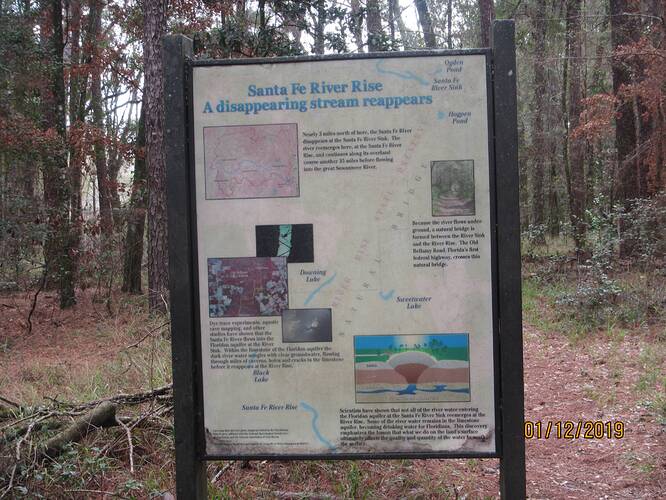 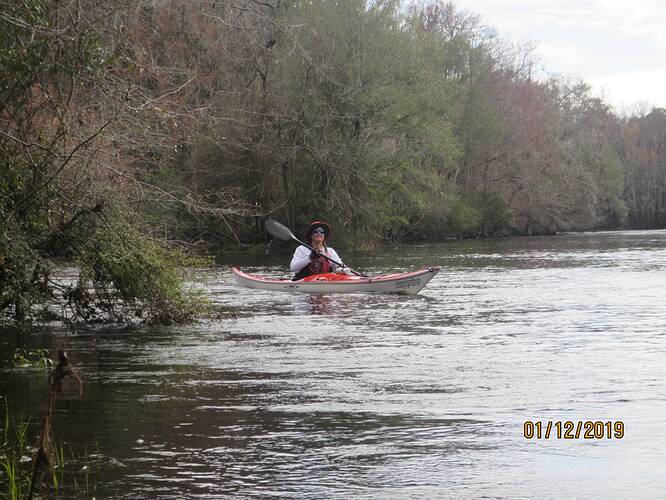 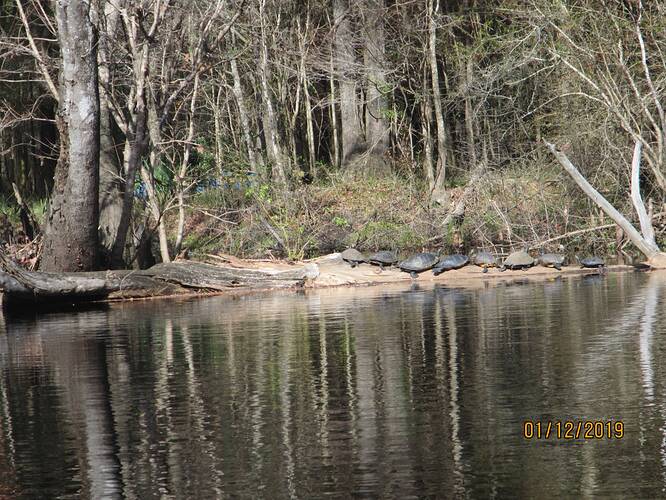 Second picture is the river rise.

Very nice. I hope to get down there in March .

I have found fossils in the the past in the Santa Fe River. Fished from a canoe there many times long years ago now.