Been researching and finally decided to post the question. Uses will be lake and inshore. Mainly just paddling with the wife (or a kid) and small 20# dog. No over-nights. A little fishing. First canoe, but loads of kayak experience.

The real question- 50# kevlar vs. 68# fiberglass canoe? Car topping on a Forester. Also don’t want a ‘pig’ of a canoe that will discourage my passengers from going out with me. The Sawyer is rough- a couple of holes patched, bow seat replaced with wood slats (?). The Blazer is in better shape. Both stored under a house/shelter but outside. The Sawyer is ~$500 and the Blazer is $220. I guess I don’t want to get into the Blaser and regret the extra 17# or that it doesn’t paddle as efficiently.

Another concern is with inshore paddling, there will be shallow areas with possible oysters.

I fish from a SOT kayak- 64# thermoformed fishing kayak (Jackson Cuda LT) and that’s as heavy as I want to car top these days. 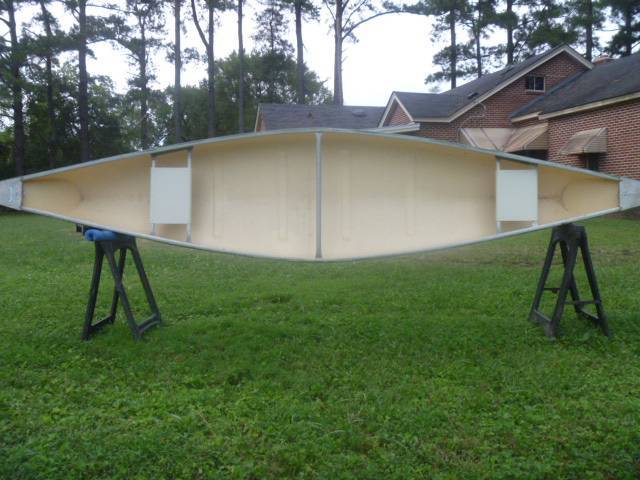 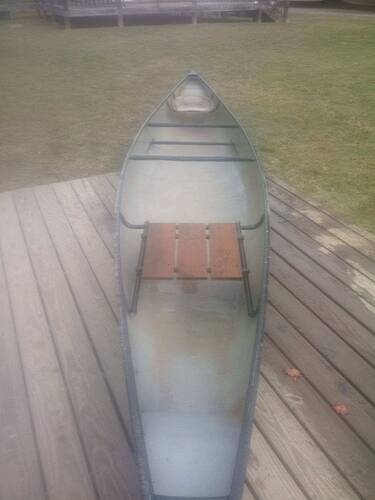 I have a friend with an X17 and it definitely is not a pig…it paddles very nicely. That’s a huge difference in weight. They can both handle some abuse. I haven’t paddled a Mohawk Blazer. Maybe offer $400 for the X17 knowing that you may have to replace both seats.

X17 will provide a nice stable platform for fishing and dog movement. Paddles well and the lighter the boat the more you will use it.

Thanks for the advice. I’m not worried about the x17 being a pig, but the Blazer.

Each canoe is 2 hours away from me- in opposite directions of course. Wanted to get one this weekend so could test it at the coast (inshore, not like, in the deep blue sea).

Agree on the lighter boat… but it’s pretty well used. Seats can be replaced, but should I be concerned about age and condition?

Is it a skin coat or a gel coat? The latter affords some sun protection. The bow slider seat though it looks ungainly looks well made. Probably the bow tractor seat broke. ( not unheard of). Those Sawyer x 17 were very good boats. That said I would certainly dicker. I have some gel coated canoes and they hold up to Everglades oyster bars well.

I’ll ask about the coat, thanks. Seems to be the consensus so far that the age & condition shouldn’t matter. Here are some additional pics… in the first one there seems to be a pretty big rough patched area on the bottom. 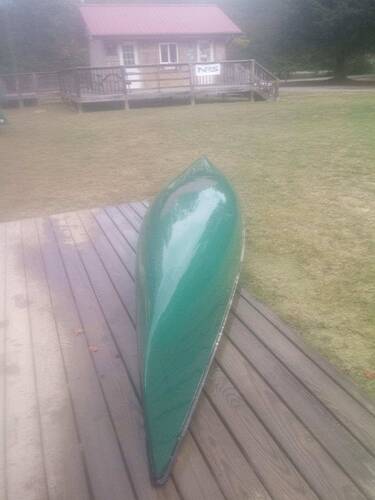 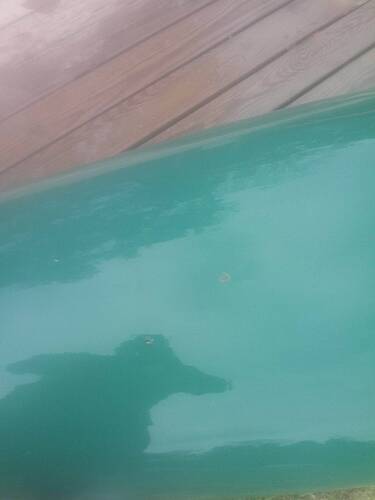 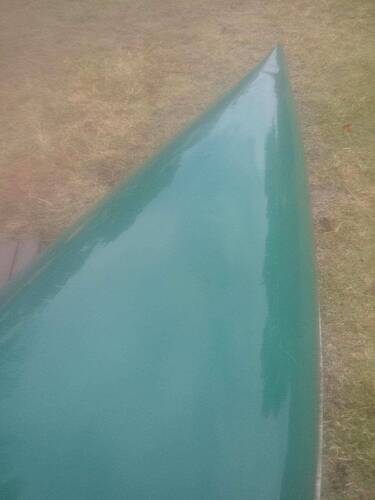 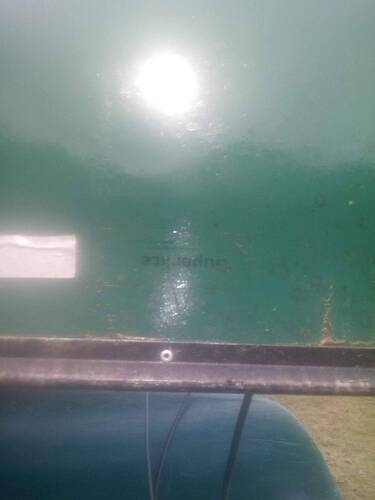 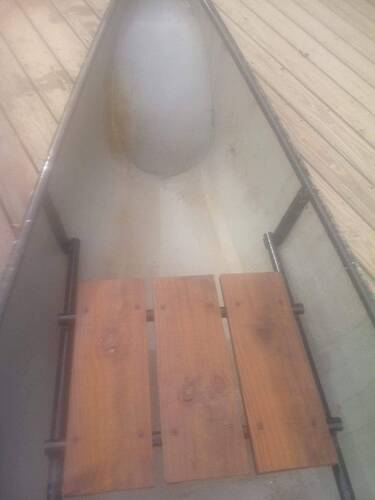 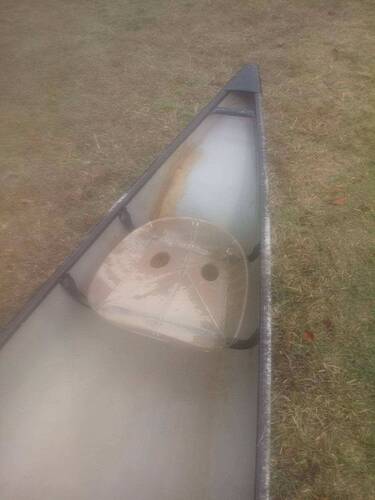 @scrapiron - the post is back!
It got lost for a bit but it’s back now.

Thanks for your patience.

I have a 1974 fiberglass Mohawk Blazer 16 I bought new in 1975. It stays at the farm pond these days for fishing. Because of that it probably gets paddled the most. It paddles fine solo or tandem. At my age I don’t want to lift it overhead anymore. I can still load it if I need to without lifting the whole boat. I load a 74# tandem kayak that way too, but one day in the future I will need to trailer because of the weight. I don’t have experience with the Sawyer x17, but would be inclined toward it. 50# is much nicer than 67#, and the hull shape should be a bit faster. It probably won’t feel as stable as the Blazer (I can stand and pole in it) as the flatter bottom feels more stable but has more surface area friction. My old Blazer has had some rough treatment at times, and has held up well, so should hold up well enough around the oysters. I have a Mad River Kevlar Explore 16 that is 52# on the scale. It is the tandem canoe I transport on top the car. It has been over many logs and hit some rocks It holds up as well as the Blazer. Either would do what you want. The price on the Sawyer seems very reasonable, and I would think you could probably get the blazer for $200 or less if you wanted it.

@castoff. . I like the description of the Blazer stability and we’re not going to paddle for 10 hours (but one can hope). But I like the x17 weight!

to close this thread out- I went for the Sawyer. Wow- so that’s what a light weight kevlar canoe feels/paddles like! Overall, very good shape for a 33 year old canoe-- low use. Gonna need to replace the front seat for sure and the back seat soon. It’s doesn’t have a gel coat but that’s okay. Thanks to everyone who responded with advice!

Thanks for letting us know. Congrats!