Scam when selling on this site

Hi,
I recently listed my kayaks for sale. Within hours I received an offer which was a total scam. I’ve copied it below with my reply. So be careful when selling on this site.

Thanks for the update am ok with the price and condition currently out of town due to the nature of my job (Military)now at Fort Carson Army Base Colorado my mode of payment will be a bank issued certified check and i only have access to email for now.I need the name and address so that the Check can be mail out also my shipper will come for the pick up.Let me know how you will like to proceed with this and get the Payment.Howard

I will only take cash or a personal check (from Pen Fed) and after the check clears (usually five business days), we can arrange for your shipper to come to my house to pick up the kayaks.

This scam has been around forever and has nothing to do with this site. Maybe the author is getting training from his grandfather.

vLast week I got a very similar msg from someone who first asked for more pics.

I asked if he was in the selling area.

He said he was overseas in the military but to consider my kayak sold if only I would provide a “firm price” so he could “make arrangements for payment,” Said he would definitely be able to pick it up. His msg contained several odd turns of phrasing, which always makes me suspicious.

Yeah, right I said CASH ONLY ON PICKUP.

Never heard back from him!

I never, ever give location details or other personal info until after the buyer and I have spoken a few times, and he provides HIS phone number first. If he is not willing to do that first, I consider it a scammer.

If it isn’t a foreign-based scammer, it could still be someone in the area looking for expensive goods to steal, Rather unlikely with unwieldy things like sea kayaks, but ya never know who might have suitable transportation for spiriting it away. There are many, many long trailers in my region, used for hauling hay, farm equipment, etc, Someone stole 80 bales of hay from nearby, and he had a trailer big enough to do it. The legitimate owner had not one, but TWO cattle gates to the drive in. The guy stole the gates, too. People carry tools that will bypasd or break the common ways of locking up.

I got the same correspondence during recent kayak for sale listing here on P.com. I immediately recognized as scam and offered to meet the “buyer” that weekend on the Fort Carson base as “coincidentally” my nephew was there for training and I was there to visit him. As expected, never heard back. I did sell my kayak to a very nice and genuine buyer soon after.

I dealt with scammers in regards to every kayak I’ve sold here or even on other sites. They’re pretty obvious, but it must payoff for them in the long run as they’ve been at it forever.

I’ve gotten the same basic message selling on Crgaigslist.
Standard scam that hasn’t got anything to do with the site.

First clue is the scammer never mentions what “it” is he wants to buy.

That scammer hits my inbox every time I sell a kayak on paddling’s classifieds. Just ignore it.

A variation of the Nigerian Prince scheme. I have a cashier’s check for twice the amount of your boats. My guy can deliver it to you and collect the other $1500.00.

Had that tried on me here about eight years ago.

It is tempting to deliberately mislead these azzhools, string ‘em along, make them waste their time. Too bad they are probably just computer-generated bots or whatever the term is.

The optin marketing scam generator of years ago turned out to be located north of Denver. He got identified, and boy, people went to town on him! Hurled bags of poop and similar “junk mail” at his house.

There might be another variant of the CL scam that uses the Google Voice scam. Purported buyer, once again, does not name the item for sale other than “the boat.” Asks nothing about item itself, only wants to get seller’s phone number. The purported buyer’s number (which LOOKS like a real contact name and business number) is forwarded to some unknown other number. Looks like someone is using the victim’s name and number to get another number.

I looked up the alleged buyer’s info and that number had been posted as a seller selling another watertoy via CL, in the city that my alleged buyer supposedly is in. I am wondering if that person gave HIS alleged buyer the Google confirmation code and is just one link in a long chain of scamming? Hate to think my own number could be linked to illegal activity. I did not receive any texts or emails about Google Voice confirmation numbers, and I’d never give out a confirmation number anyway.

Anybody know more about this? I did not leave my phone number at the forwarded account but if they have caller ID they can still find out.

Hey everyone, we are working on a solution for the classifieds that should launch by the end of February. We are moving all classifieds correspondence to private messages in the message boards to protect user privacy and allow us to flag spammers much earlier in the process.

It certainly won’t stop scammers but it create a dramatic improvement.

Thanks, Brian! I’ve seen another kayaking website that got badly invaded with huge numbers of spam posts. Would hate to see that happen here.

Concern about potential spam was one of the big reasons we upgraded the message boards. As of right now, we are using the basic level of spam prevention.

Just imagine what we can do if we ever turn it up to 11! 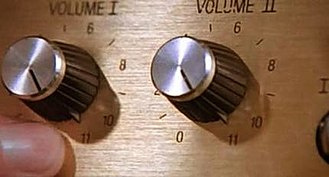