Wolves that live on aquatic life and even have different DNA than their more land based cousins. In the Pacific NW. Any white water folks know of these guys?
http://honesttopaws.com/rare-sea-wolves/9/?pas=1&as=702aol

The BC Coastal Wolves are everywhere and nowhere on the BC Coast. Everywhere in that their tracks are all over the beaches but nowhere in their elusiveness. They are all through your camp at night and early morning so you don’t leave out anything that they might want to drag off. Sometimes you hear them outside your tent but usually you just wake up and find their tracks. They are the Apex Predator on the coast and can take down bear though they usually don’t bother. Still, their tracks on a beach almost always mean that you don’t have to worry about bears and can afford to sleep soundly. 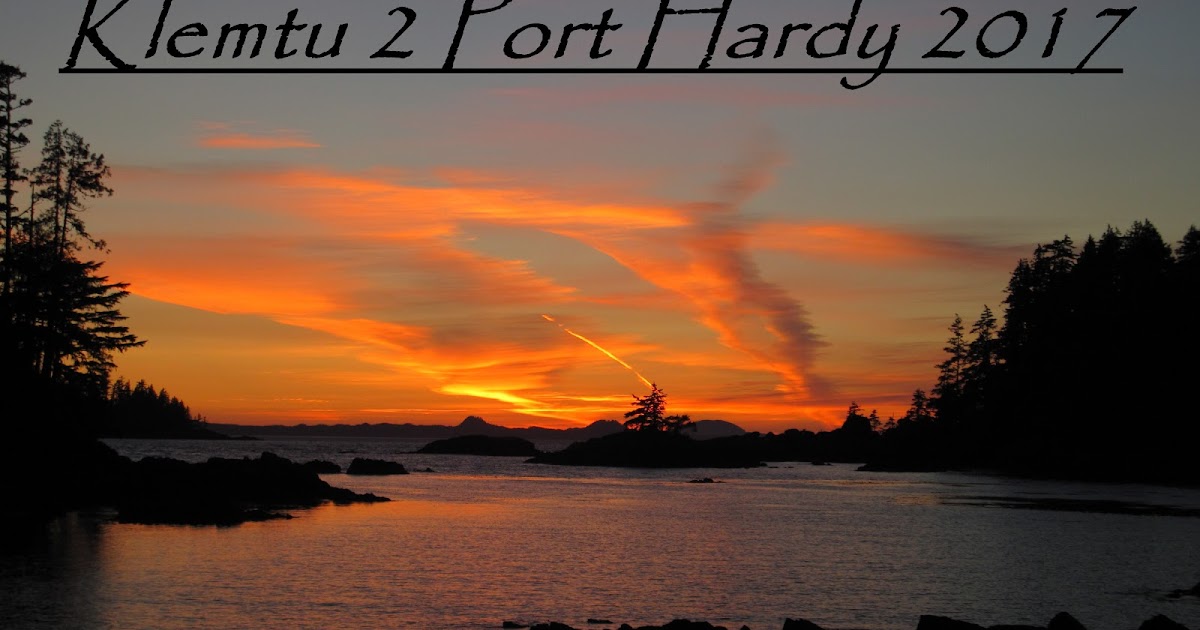 I had been two years without time off from work and was desperate to return to the coast.   Dave wasn’t going to be able to go and Gre...

No bears will walk this beach tonight. Safe from bears 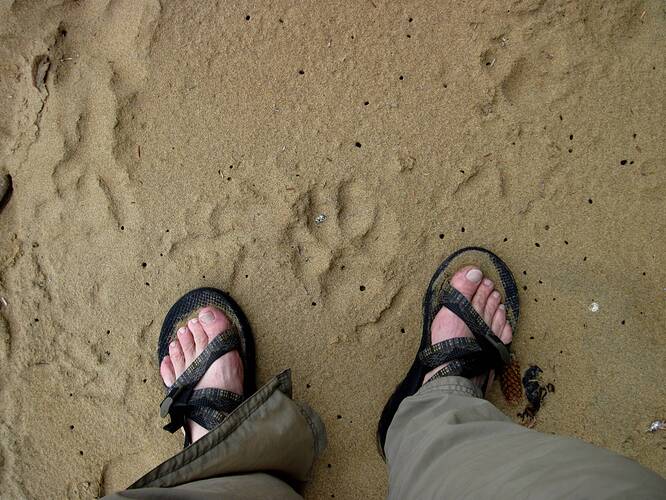 I don’t know about sea wolves, but I did encounter what looked exactly like a Red Wolf on the shore of the Columbia River near Kalama, Washington. I was told by the state wildlife office that there are no red wolves in this state, so maybe it was some kind of hybrid. Whatever it was, it was a beautiful animal and not the least bit afraid of me. I was within 30 feet of the creature and it just stood there and stared at me. I was happy to be in my kayak and not on shore. Since the animal didn’t seem interested in leaving, I did.

The typical behavior of the BC Coastal Wolf makes them unusual to encounter at all and making eye contact with one unlikely unless it has become habituated with humans and expects a handout or they are having a lot of trouble with nourishment which is almost certainly not from lack of food. Any wolf that didn’t show fear would make me very nervous. It would be interesting to learn what type of wolf you encountered.

Thanks for posting the topic, Celia. This has been a fascinating read.

March and April 2007, I had the opportunity to paddle out of Bella Bella, was lucky enough to see a wolf or two on a beach, but never up close. Paddling in south east Alaska, got out to Coronation Island, woke to the sound of wolves calling one morning, and bear tracks that went right by my tarp. Hope to get back up to that coast someday, but it’s a long way out at this point with a four year old son, maybe in 2027 I can drag him up there.

How do people deal with the dangers of wild animals?

Most wild animals aren’t dangerous unless they are frightened or feel trapped.

@PaddleDog52 said:
How do people deal with the dangers of wild animals?
I have had pepper spray can for years, never deployed the agent.
I left a campsite that had a nuisance bear in Apostle Islands one year, in the dark.
Another year, same spot, the rangers loaned me an air horn and
told me “he hates this for now”. It’s a good campsite!. Manitou Island. Best sunsets.
Wolves in pack? … won’t see me there.

Where I paddle, I consider possibly the most dangerous wild animal I might encounter would be a bull Steller Sea Lion in a bad mood, or a whole pack of them (hundreds) that are laying claim to an entire area. Been there and done that. Actually, I cannot say for sure what their mood was, but I have been confronted by a few bulls that made it very clear that I had better get the heck out of there–and I did.

We’ve had the same experience with alligators but as individuals. They will let you know very loudly if you are too close during nesting season.

I’m unfamiliar with the dangers folks face in other parts of the country. Most of my paddling is done in British Columbia waters and my primary concerns are Brown Bears and Stellar Sea Lions. Brown Bears aren’t an issue on the outer routes as they are concentrated on the mainland. Some are finding their way outside, though. I keep bear spray handy and travel with a spare. Camp clean, eat away from camp, hang food, the usual. As I mentioned before wolves keep the bears away and have no interest in humans.

Steller Sea Lions scare me and I don’t know what to do about them other than give them a wide berth. They are very territorial and having a bunch of 11 foot long / 2500 pound mammals charging at you through the water is disturbing. Something about having those huge, barking, long-toothed suckers coming at me with their heads 3 feet out of the water rattles me. Many local paddlers say that they are nothing to worry about. All bark and no bite. Whatever, they scare me.

@Paddle Dog
As far as I know there are few wild animal risks on the east coast if near the ocean, except maybe bears which can show up lots of places. They are an issue around the the Adirondack Park. The usual solution is not to leave any food around that they can smell, including not locking it in your car if you have four wheeled it into a remote area. They will break into the car and trash it. So up this way you get bear cans, approved devices that even if the bear can figure there is food in it they will just roll the can around rather than bother someone in their tent.

Up in Maine you have to be cautious about moose, especially in rutting season where they get more erratic. They are majestic creatures that can simply ignore you, or once in a while will decide you are a threat and can kill you. Despite their size they are deceptively fast at accelerating. In Alaska, where they show up in suburban back yards and city streets, they usually let them move on if they can. But if an animal control guy does have to check out a reported moose, they keep a tree between where they stand and the moose.

I have been in spots where the harbor or grey seals clustered around the females and one or two of the bulls came out and seemed like they wanted to challenge. But if we just went on our way without challenging back all that happened was a lot of barking. Don’t have experience with Stellar seal. But the smallest seal comes in at several feet long, so any of them could be a problem to someone in a kayak if they went for it.