she lost use of her rudder and took on water– 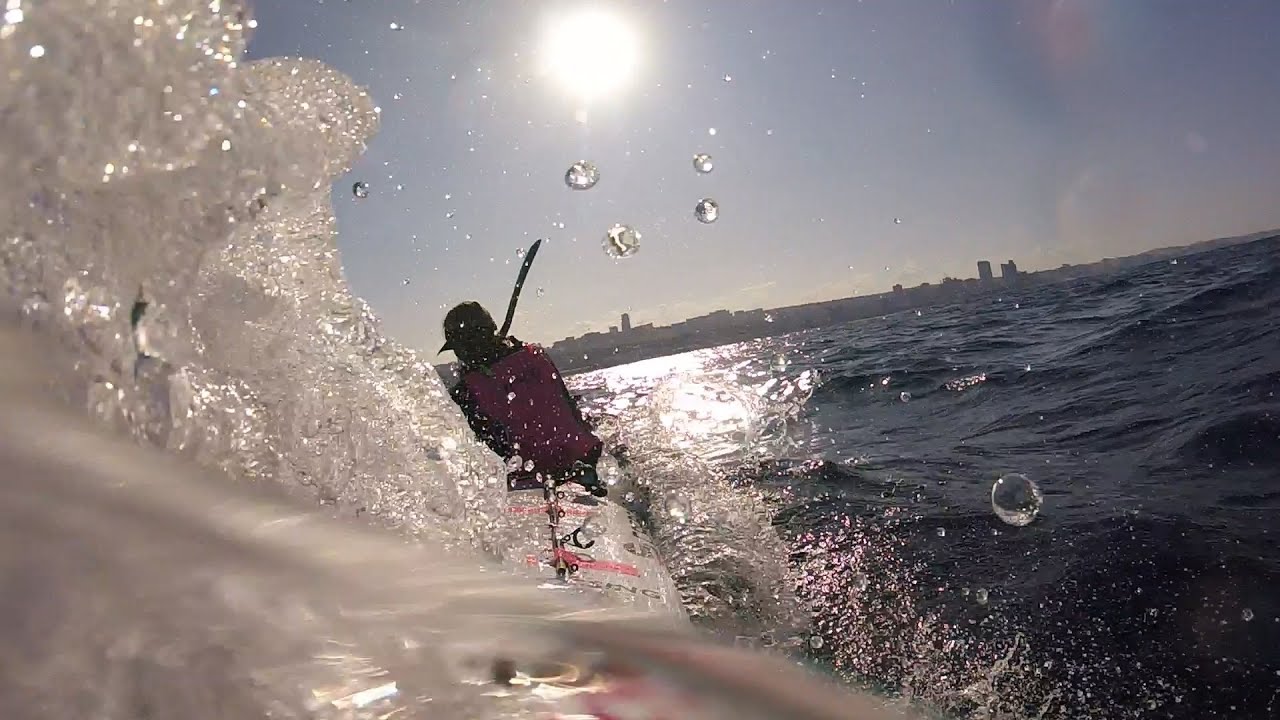 Just what we all want to hear. From some so-called expert on the woman s poor technique according to Mr. Expert…I am glad she came out of this ordeal safe and hopefully sound. Glad to hear your ok after this frightening ordeal.

Drowning Dave, were you referring to her paddle stroke? She was probably struggling because her rudder was jammed up into the ski and she was taking on water.

She’s actually a pretty solid surfer–have a look at her carrying on in these waves:
going way out in 63 mph gusts. check 5:00-5:45 when she get’s fully stopped and broached 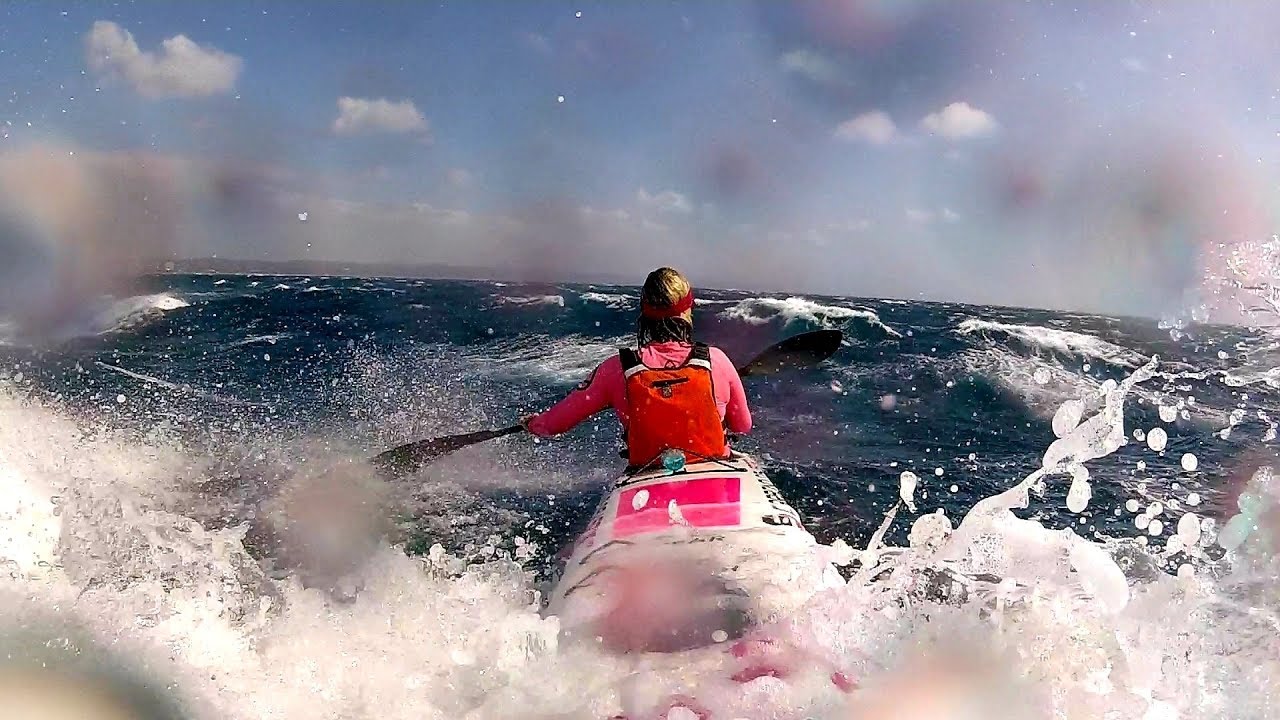 Better than I’ll ever be.

There was nothing in particularly wrong with her paddle stroke. I just do not like the negativity commented on regarding this video. One watches this scary event and your thinking about how inefficient her kayak stroke is? Sad. While I was viewing this I was dismayed that a shark was stoking her for a period of time. I’m just happy she wasn’t hurt and is alive to tell—or show—the tale. That’s what I got out of watching the video.

Notice she has a carbon fiber rudder. We …I have observed that sharks like black tips and spinners like to hit that scaley looking black carbon fiber.

Raisins black “shark bait” boat was hit twice in the stern once in the bow. There is a you tube of a kayaker having his carbon fiber paddle blades hit twice by sharks at Matanzas Inlet.

I will stick with varnished boats.

DrowningDave, Yeah, I really bet she needs some lessons from you, SMH. Watch a couple of her videos and get back to us. lol.

First it was Yum-Yum Yellow,
now Blackened Yak Carbona Scal-ee’.
With hungry sharks in a riot
trying to sate their pelagic diet,
maybe Invisible’s your best color out to sea.

Never even had occurred to me, O’Street, but it makes perfect sense. Textreme is like a come-hither-and-tear-this-Tautog-to-tatters temptation! Damn! And I’d been lusting after a Savage River Blackwater to fast cruise the coastal waters of Assateague. Maybe I’ll stick with my ancient Mad River in its current shade of discarded Teabury Gum. Not even the barnacles would wanna chew on this old hull.

I was quite impressed with this young lady’s paddling, in both videos. I doubt I’d have the ability to so adeptly remount and then shepherd a leaking toothpick with a dangling dingl through waves, whilst I’d additionally be struggling to stuff my heart back into my chest.

With the second video, I have to admit I was quite pleased with myself, considering the published wind speeds, when my self-mumbled prognostication, “That visor ain’t gonna make it,” proved correct. Just imagine a Tilley! Likely would have given Goldfinger’s Odd Job a run for the Derby, decapitating any nearby porker attempting to gnosh on composite appendages. Notice she didn’t go back after the hat. Assateague gales and Allen’s prodigal San Diego Padres chapeau taught me that one. Or, was it Gabriel Byrne?

I will stick with varnished boats.

I will stick with freshwater.

I will stick with freshwater.

Here on Cape Cod, I’m a bit north for gators, except the ones seen on polo shirts.

Drowning Dave WTF? She looks pretty bad ass to me.

She goes out in worse conditions than me, and I have never seen anyone on the water on with me on a ‘bad’ day. She competes in all the Durban events and places on the podium with some regularity. Last saturday I had the top 2’ of a 6’ wave break on me just like in ger 55mph downwind video, but managed to save it (kicked up by 25-30 mph winds). A kindred soul.

I don’t care how good a paddler I could be… sharks in the water??? I saw JAWS. Enuff znuff for me.

I stick to the calm streams and rivers where the biggest threat from sea life is an occasional carp bumping into you. LOL

Ok, did you see Deliverance and shy away from banjos and canoes?

Or perhaps “Cabin by the Lake” . …https://en.m.wikipedia.org/wiki/Cabin_by_the_Lake.

If we judge water by Hollywood we’d be a little messed up.