Skeeters! (hmmm, title must be at least ten characters)

The mosquitos have been really intense the past few days. Typically I can lose them after launching but today if I even got close to the shore they swarmed over me and the dog. I must have fed a thousand of 'em today.

THERMACELL!
We all have them here…

Pick the Best Mosquito Repellent For You!

Effective on noseeums too.

I’m just wondering where you folks are. We haven’t had any mosquitos yet in the Akron/Canton, Ohio area but I’m waiting for them to hit.

grayhawk - thanks for the crystal clear recommendation. So the active ingredient is safe for humans right? I’ve always avoided chemicals (probably to a fault) thinking that what repels/kills bugs can’t be good for me.

Wolf - I’m in SW Michigan. We had a lot of rain and then it stopped and a few days ago the mosquitos came out big time.

We’ve had a lot of rain for months but the water doesn’t stand in our hilly neighborhood. I spent several hours by a friend’s pond yesterday and didn’t get bitten. Kind of strange.

I stopped getting them around the yard once I got the borough to cite the guy who was hoarding old tires under his deck next door so he had to get rid of them, then I removed all the gutters from my house (badly installed so water stagnated in them between storms) and I discovered those anti-mosquito donuts that I now float in my birdbaths.

I have also been pleased to see more bats in our neighborhood in the early evening – hoping that their populations are coming back from the white-nose plague.

We need more dragonfly nymphs to eat the buggers in lakes and ponds.

Hooray for bats and dragonflies!

I think it is more of repellent than a killer… It gets great reviews from hunters…
My story:
I was invited to Xmas dinner at Pennekamp campground several years ago. One of the guests placed a little machine on our outdoor table and when I asked what it was I was told it would keep the bugs away. Raised in S. Florida I was very skeptical but after a few hours of eating, drinking and conversation it was very dark and we were the only people still outside. Note that Pennekamp does not do any kind of pest control.
We all bought one of those little machines the next day.

Thermacell. Useless in any breeze. The skeeters in the Northwest Territories would just sit on it. Works ok on the patio at home if there is no wind. But then again we have had no rain since it stopped snowing in early May.

Moises are just starting to come out here in lower central Michigan. Mostly not too bad but a few when working in the yard or walking the subdivision. Went out for another exploration on the upper Grand this morning. The water is still high enough to be able to get around the down trees. I wouldn’t want to travel this stretch at normal water levels. I was surprised that there were very few skeeters in the 9:30 - 1:30 time. 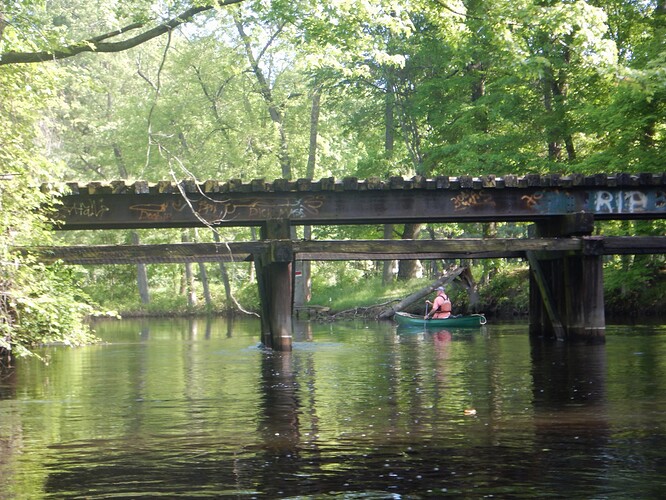 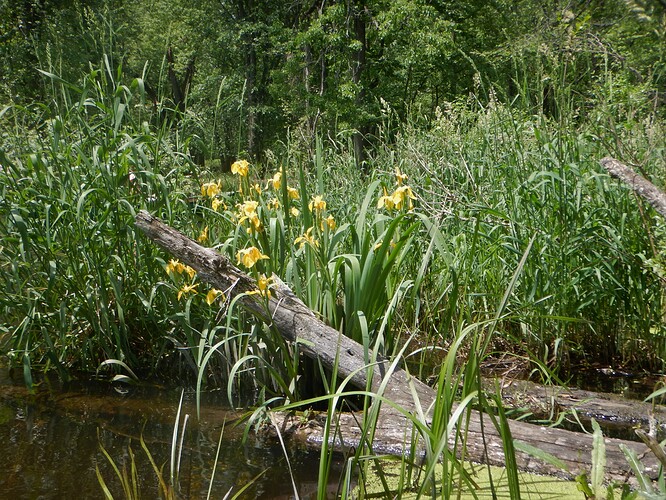 Thermocell did not work after dusk in the Okefenokee last April. Time to retreat to tents. Daytime no problem this year or last.

Up here the black flies and deer flies are a bigger problem than skeeters. I don’t go outdoors without first applying a lemon eucalyptus repellent which so far has been pretty effective. Also spray my hat.

That looks nice. I can still paddle among some trees on the St Joseph river even though it has dropped four feet in the past two weeks. Some of my normal put-ins are reappearing.