“Skookumchuck” describes turbulent water or rapids, such as those in a steam or river. It’s not widely used anymore, but most folks in the PNW are at least familiar with it (sometimes from the names of places or people), and it’s the only place you’ll hear the term in America. (For the record, it is also used in British Columbia.)

Shazam, Pilgrims! Ah’s always reckon’d it be de sound yer makes after yer ett too much rancid Spam an’ Tang.

Mind you don’t get schnorknozzled in the skookumchuck.

I’ve only heard of Skookumchuck Narrows. What are some other places?

(On a side note, I think you spelled it wrong. My spell checker recommends “Woodchuck” as the correct spelling for this )

My understanding is that Skookum (strong) and Chuck (water) are from a pidgin language used to trade with Native Americans in the pacific Northwest. As such, it really would only be valid for that area. Other areas haven’t historically used the term.

Or was it clapotismous you served? 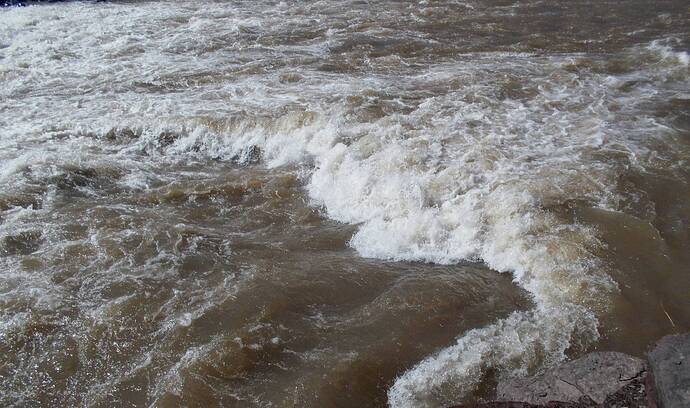 Elmo, Is the term not in the language of the Joisey Devil? good to see you post something. Its been far to boring around here without you.

That is exactly the same noise you make when you revisit pigs feet and chocolate milk!

The consequence of a “toybulent” gut!

FE has probably been snowed in and rations ran low. That’s when you get creative and eat Spam sandwiches, Vienna sausages and pickled eggs.
Just writing that made my stomach grumble.