If I remember right, around 2010 they took out the concave curvature at the ends, maybe just at the stern? This applied to all of the Solstice models I think. I know the Solstice GTS changed. If you compare an older Solstice to an Extreme, you’ll see that the Extreme didn’t have the concave curvature between the keel line and the deck. That’s one of the directions they took with the Solstice change.
I have an older Solstice GTS, and have always wanted to try the newer version. I’ve never gotten the opportunity so far.

When I compare the hull of my 1995 GTHV to my wife’s 2014 GTS, I notice a concave portion in the hull design at the bow and stern in the early boat that is not there in the later boat (updated from saying there was no difference).

I’ve paddled a new kevlar 1998 GTS and a kevlar 2014 GTS (just bought in Feb) and from my recollection, they paddle the same. I’m envious of my wife’s GTS.

Get a Nomad or Extreme.

They are both nice kayaks too, Current Designs made a lot of good boats. 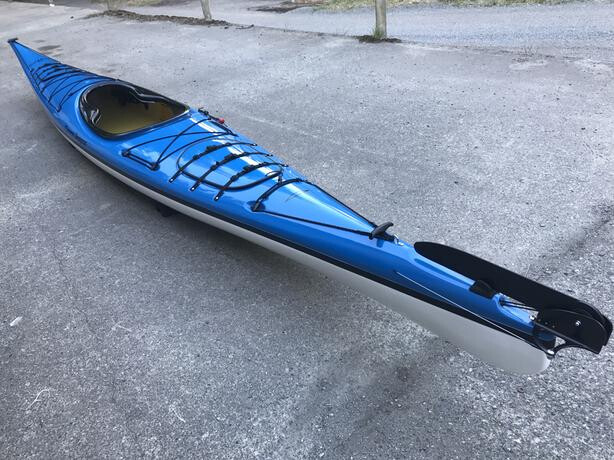 It can be hard to tell with pictures and shadows, but the first picture of the older design you can see the concave curvature at the stern. The lower portion of the stern becomes finer with a bit less volume. You could think of it as a spoon shape below the waterline which seems to help keep a stern from slipping sideways through the water. Think of the reduction in slippage between the spoon-shaped face of a wing paddle blade and the face of a dihedral paddle.
The second picture of a newer one appears convex along that same section. The stern likely skids sideways a little easier, making maneuvering a bit easier.
Mowog73, does that difference exist between the two you have?

I apologise, I am incorrect, just as the pictures Cape Fear posted show, there is the concave portion in the hull at the stern and bow in the early boats that is not there in the later boats. That same difference does appear in the our two boats.

I’d have to set both boats on the driveway to say with any amount of authority if there is any difference in rocker.